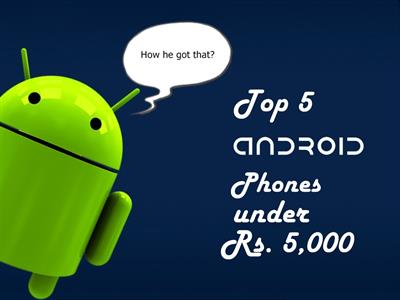 Android is nowadays considered to be the best and most popular OS in the smartphone segment. It provides great user experience and gives you access to customize your OS according to your needs. Android phones are getting costly day by day. It is difficult for middle class people to buy premium phones but many companies are launching budget phones as well. So, today I am here up with the best Android Phones under Rs. 5000. 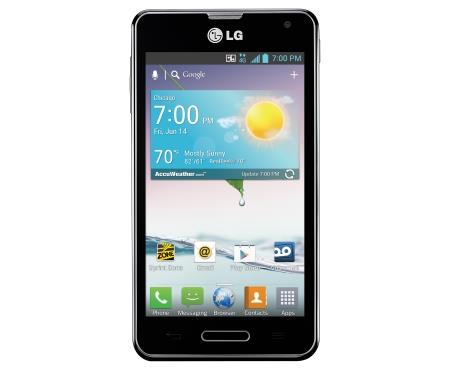 This is on First in my row because this phone supports 2G, 3G and LTE network which gives user best internet speed available till now. Phone features a 4" Ultra-Sharp 800 x 400 pixel display with 16M Colours IPS LCD capacitive touchscreen which gives you best in class screen. Display Screen of this phone is protected by Corning Gorilla Glass 2, which protects it from scratches. Built-in memory of this phone is 4GB and it supports Memory Card up-to 32 GB. LG Optimus F3 got a Dual-core 1.2 GHz Krait empowered with 1 GB RAM installed over Qualcomm MSM8930 Snapdragon 400, which gives power to Android OS v4.1.2 (Jelly Bean) and gives you best multi-tasking on the phone. Phone is loaded with Adreno 305 GPU which helps you to play HD games on your smartphone and makes it really smart. Camera of this phone really impressed me because this phone comes up with 5MP camera with Auto-Focus and LED Flash. You can record videos up-to 1080p. Front-Facing Camera helps you to do video calls but in this field this phone disappoints since the front cam is VGA. Apart, from this phone is just awesome. 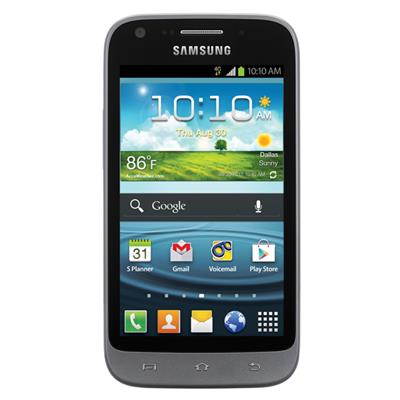 In my opinion, the toughest rival to LG Optimus F3 is Samsung Galaxy Victory because it features 2G, 3G as well as 4G network which is impossible to get in any other device in this price Range. Victory got display of 4.0" with 16M colours along with TFT capacitive screen and it also features multi-touch. Phone supports internal memory of 4GB but user can only use 2GB of the internal storage because all others are used up by system applications. In terms of memory, you also have choice for a memory card because this device supports memory card up to 32GB. This phone runs on Dual-Core 1.2 GHz processor which is empowered by 1GB of RAM and installed over Qualcomm MSM8960 Snapdragon Chipset. The processor gives power to Android 4.0.4 (Ice Cream Sandwich) which is later upgradeable to Android 4.1 (Jelly Bean). The phone comes up with Adreno 225 GPU which is perfect for Basic Games. In cheap phones, the big problem usually is the camera. Companies provide very low-quality cameras in these phones but Samsung paid attention to it and installed 5 MP Rear Camera of 2592 x 1944 Pixels with Auto-Focus and LED flash. Galaxy Victory also comes with a front-camera which is so much amazing because in cheap phones it is rare to see good front-camera but not with Samsung Galaxy Victory. It comes with 1.3 MP front camera for video calling. 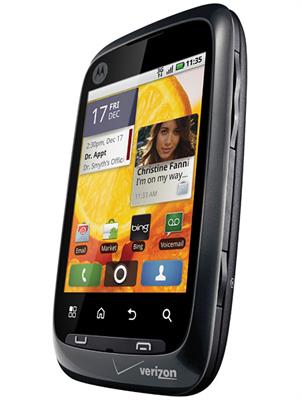 If your choice is a CDMA sporty phone then this one is perfect for you. CITRUS WX445 got a 3.0" 16M colours TFT capacitive touchscreen, which is bit smaller than Samsung Galaxy Victory. This phone comes up with internal memory of 100 MB and MicroSD card up-to 32 GB. It doesn't have great internet capabilities but you can browse internet. It comes up with 3.15 MP camera of 2048 x 1536 pixels. CITRUS WX445 runs over 528 MHz ARM 11 empowered with 256 MB RAM which lags sometime while using apps. Processor and RAM gives power to Android OS 2.1 (Eclair) which is bit older but good for Social Networking. 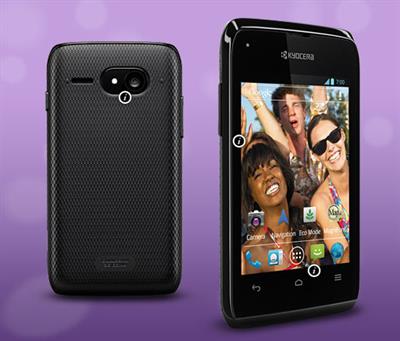 This one is my favorite because I am a messaging geek. Best part of this phone is that it comes up with Qwerty Keyboard as well as IPS LCD Capacitive Touchscreen. Screen of this phone is of 3.5" which also supports Multi-Touch. This phone comes up with 2GB of internal storage but also supports microSD card up-to 32GB. You will also get 2GB memory card included in it. You will get a single SIM either GSM or CDMA with 2G and 3G network capability with internet speed up-to 3.1Mbps. Kyocera Rise C5155 comes up with 1 GHz processor with 512MB RAM installed over Qualcomm MSM8655 Snapdragon which gives power to Android OS v4.0 (Ice Cream Sandwich). Phone also features Adreno 205 GPU to play games. Camera of this phone is of 3.15MP with auto-focus. This phone doesn't support any front-facing camera. This phone is best for you if you are Social Networking Geek. 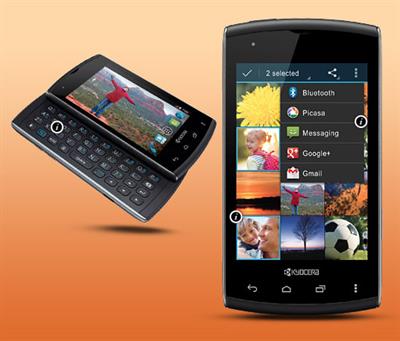 Another Kyocera phone in my list because mainly Kyocera focuses on cheap Android phones. This phone features 3.5" IPS LCD capacitive touchscreen with 800 x 240 pixels which gives you good experience while watching movies or playing games. Kyocera Event got 1GHz Scorpion single core processor with 512MB RAM which gives power to Android v4.0 (Ice Cream Sandwich). Kyocera Event comes up with a camera of 3.5MP with Auto-Focus, Geo-Tagging and LED Flash which is best in class in this price range. I know there are not so much features in this phone but this phone is meant for saving your pocket. This phone mainly works without lags while playing games because it got a Aderno 230 GPU.

So, guys, this was my list for top 5 cheapest Android Phones. My first choice is will be Samsung Galaxy Victory but you can choose any of these phones.