BSNL is one of the leading telecom companies in India which runs under the supervision of Indian telecom service. A few years ago they made a contract with Pantel, a German company who are the manufacturers of high quality electronic products, to manufacture and sell tablet PCs in India under the brand name BSNL Penta. For the past few years these tablets are selling like hot cakes and they are capturing the market slowly and steadily. Tablets from this brand became a rival for Aakash tablets which was introduced by Government of India for students at cheap cost. Government sold Aakash tablets at a price of Rs. 1500 for students and this was the cheapest tablet which was available at that time in India. However, the cheap tablet was cheap in its functions too. A lot of complaints rose from different corners because of its bad performance and lack of features. After few years Government introduced an upgraded version of Aakash tablet which is named as Aakash 2. This device also didn't do anything better. After the launch of first Aakash tablet the Government wasn't able to deliver this product to all students. Because of the lack of availability of these tablets students searched for low budget tablet PCs and from there BSNL Penta tablets started their journey to success. Now they have a wide collection of tablets ranging from 2.5K to 10K. In this article I am going to introduce 2 tablet PCs from BSNL Penta which are equipped with calling facility and many more features. 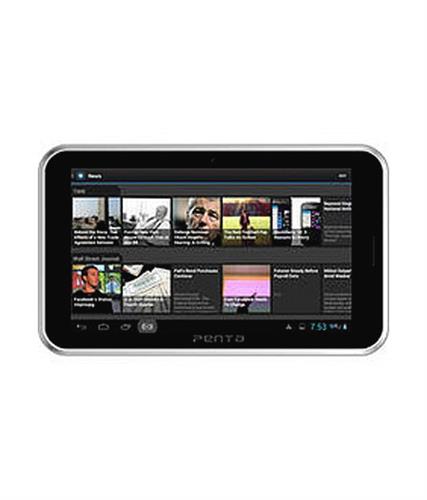 People are looking for calling tablets more rather than the normal tablets. The main advantage of calling tablets is that, the users can make calls from these tablets and they don't need any dongle / net setter for connecting internet if Wi-Fi is not available. Here I am introducing BSNL Penta WS708C which is an older tablet PC from BSNL and BSNL Penta PS650 which is the latest device from the company. Now just take a look at the specs of both these devices and find out which one is best for your budget and needs.

In my opinion tablet means display. The main feature that divides smartphone and tablet is its display. So if a tablet said to a perfect then it needs a perfect display, both in dimension and features. For Penta WS708C, it has a 7.0" capacitive touch screen with 5 point multi touch, 16M colors and a display resolution of 1024 x 600 pixels.

On the other hand Penta PS650 has a 6.5" display. You can easily understand the display size from its name onwards. This capacitive touch screen holds an 800 x 480 resolution, 5 point multi touch and 256 K colors.

Winner : BSNL Penta WS708C won in display features because of its 7" screen with a resolution of 1024 x 600 pixels and 16M colors. On the other hand its opponent Penta PS650 only has a 6.5" screen with lesser resolution and color density. Bigger the display, better the viewing experience. 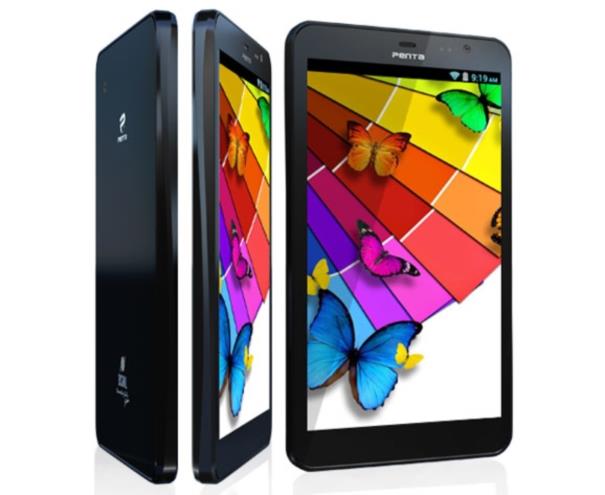 Winner : From the above said features we can easily understand that Penta PS650 is the winner because of its Android v4.2.2 Jelly Bean operating system and 1.2 GHz Dual-Core Cortex A7 processor. Other specs such as GPU, RAM, and internal and external memory support are equal on both devices. Upgraded operating system and better processor of Penta PS650 will help this device to perform better than the Penta WS708C.

Both these devices support all GSM networks which helps you to connect with your mates at any time and it is equipped with al basic features such as conference call, hands free, loudspeaker, call memory, SMS memory etc. The dual SIM feature of Penta WS708C is also a nice addition. However, in my opinion a single SIM is perfect for a tablet PC. The 2G SIM slot available in both these devices are perfect for connecting internet via 2G / EDGE / GPRS. It helps the users to avoid spending more money on devices like Dongle / Net setter (Normally BSNL Penta devices need specific models of Dongle / Net setter to connect internet and it may cost you more than 1200 INR).

Winner: Here we can say that Penta WS708C goals because of its dual SIM card slot. Just like I mentioned above dual SIM is not a highly needed feature in tablet PC, but I hope some people will surely love this feature.

For both these devices camera and connectivity features are same. Both these tablet PCs have a 2 mega pixel auto focus rear camera and 0.3 mega pixels front camera.

Winner: Here no one can be claimed as a winner. Both these tablet PCs have same camera and connectivity specs and no one is better than the other.

Winner: From my point of view Penta PS650 is the winner. I am not looking into the power of the battery, and I am looking onto how well it can perform. Penta WS708C got much powerful battery than the other, but it failed to provide a better talk time and standby.

Both these tablet PCs are budget devices from the brand which is equipped with calling facility. In my opinion both these devices are really a good choice for people those who are looking for budget tablet PC with a lots of features. Penta WS708C released with a price tag of Rs. 6,999. But now you can buy this device from Rs.4,799 onwards. In case of Penta PS650 it has a list price of Rs.8,790 and now you can buy it for Rs.5,490. In my opinion both these tablet PCs shows almost same specs except its display and in display features Penta WS708C goals. Although I prefer Penta PS650 if you want a little bit costly device. This is because Penta WS708C released by company more than two years ago and now it's little bit outdated. On the other hand Penta PS650 is a new launch from the company and it comes with an upgraded operating system as well as processor.

This article is about the new combination of the tablet PC with GSM calling function. This article includes three tablets from different manufacturer, price with their key features and specification.