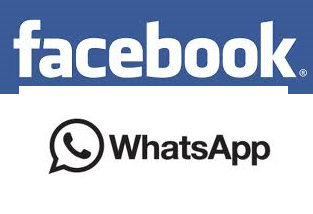 Facebook's proposal to Snapchat for a $3 billion failed a few days back, but yesterday Facebook announced that it got into a deal with WhatsApp for a total of $16 billion dollars. This sum includes $4 billion cash and $12 billion in stocks, additional $3 billion will be paid over next four years. WhatsApp don't need an introduction, lets see what it has today.

Also, WhatsApp's total volume is reaching the global SMS volume, reports sate that the number could be equivalent to 7 trillion messages a day on WhatsApp.

NewYork Times report says that these two companies are in informal talks from two years and it's on Feb 9 Zuck invited Mr.Koum to his dinner where he should have talked about the deal. Their meeting went in a series later and finally on 19 they ended up in a deal. Reports said that even Google approached WhatsApp a few months earlier, but failed to make a deal.

This deal is one of the costliest acquisitions and it crossed what Lenovo paid Google ($2.9 billion) and what Microsoft paid Skype ($8.5 billion). WhatsApp with 55 employee company demanded a price equivalent to $344 million a employee or $28 per user. In this acquisition Facebook was advised by Allen & Company LLC & Weil, Gotshal & Manges LLP and WhatsApp by Morgan Stanley and Fenwick & West, LLP. This deal involves exchange of $4 billion in cash and 183,865,778 stocks of Facebook Class A common stock worth $12 billion. Also, Facebook will grant 45,966,444 restricted stock units to WhatsApp employees worth $3 billion later. So, this deal gives WhatsApp shareholders and employees a 7.9 per cent share in Facebook stocks, says Nasdaq.

Is this deal worth $16 billion?

$16 billion deal seems to be too much for everyone since there's no idea of placing ads in WhatsApp. Prior to questioning this deal one should talk about the Instagram's acquisition, it's just a $1 billion dollar deal and a success for Facebook.
Facebook primary source of revenue is from advertisements but now it made a deal with Koum that it wouldn't place ads in it.

If every user wishes to pay $1 nominal fee and continues its usage, WhatsApp would generate $450 million dollars. WhatsApp don't use ads to generate revenue, but what made Zuck buy this app. In his words -

"Our mission is to make the world open and connected, this acquisition will surely complement our existing messaging and chat services.

WhatsApp will continue to operate independently and our acquisition will help Internet.org and can make internet services affordable for everyone."

There's something more that Facebook is expecting from this deal. WhatsApp is not known to US and UK nations, also Facebook has a better market there. Here's the data of percentage of WhatsApp users in Asian and African countries.

Don't think that Facebook is the second most used messaging app, WhatsApp is followed by Line, Viber and Wechat. It's clear that Facebook is out of competition and this is the reason why it's ready spend a grand total of $19 billion. So, Facebook is about to gain the African Asia Pacific markets from this deal.

Have something to say? Drop your words.

Also read How to Use WhatsApp on web?

How to use Whatsapp on Windows PC and other Android Apps too !

This tutorial teaches you the method to use whatsapp , India's most used messenger and ranks almost next to BBM. The step wise tutorial explains how to install and verify whatsapp on PC using bluestacks, a free android emulator.

In doubt about the acquisition of WhatsApp by Facebook for a mind boggling $16 billion? Want to know what Facebook is planning to do with WhatsApp and if it would affect your WhatsApp experience? Read our report to know all about this and more!

This article reviews the top Android applications of all time - WhatsApp Messenger. It is also called the replacement of SMS as you can send unlimited messages and share lots of stuff with your friends through a data connection. Also take a look at the best Android keyboard to have ever existed, the SwiftKey X Keyboard. To know more about why this keyboard is worth every penny of your money, read more of this review and download SwiftKey X from Play Store.