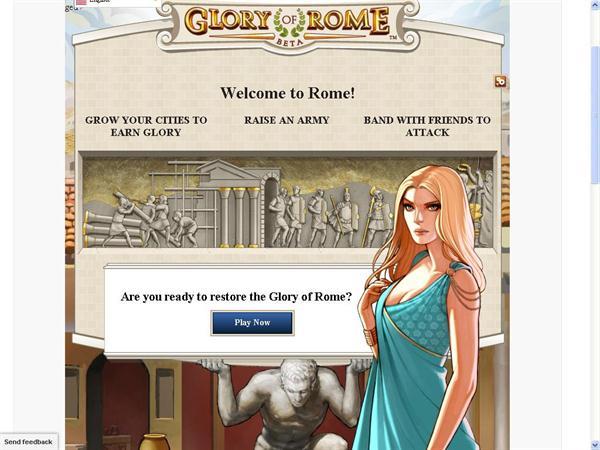 The idea of building a civilization is not something new but when you are tasked to build the Ancient Rome from rubbles in a day then that does sound like an exciting challenge. it should be challenge of every such game but in case it becomes possible in any game then such a game is a failure. Luckily, Glory of Rome on Google+ is not at all disappointing in this regard but it does make you think if they had reached that point to some extent? It does look awkward if you think that in the within a few levels of play you are able to take Rome to its Middle Ages glory. 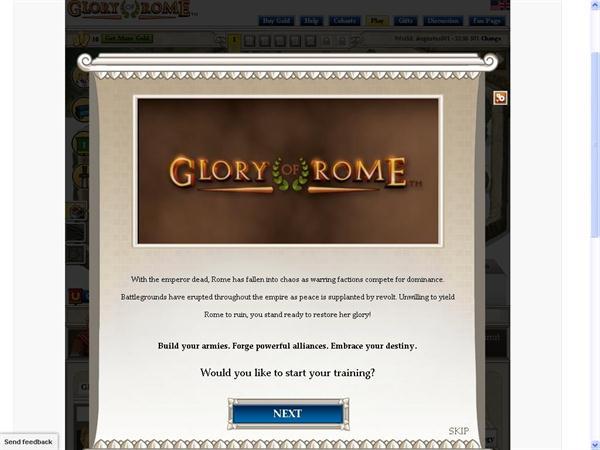 Glory of Rome on Google+ is quite similar to Evony without the medieval settings and the infamous racy ads. Instead you get a Rome with detailed features and at a time when the luxury and the wars were slowly ravaging the once giant powerful kingdom. Though it would have been better if they had chosen the restoration to Republic days of Rome which were more prosperous but still the restoration process has been handled nicely with neat touches to the details. For example selecting a particular deity gives you are particular advantage for instance Mars for attacks, Ceres for production and Venus… ah… well for population :) 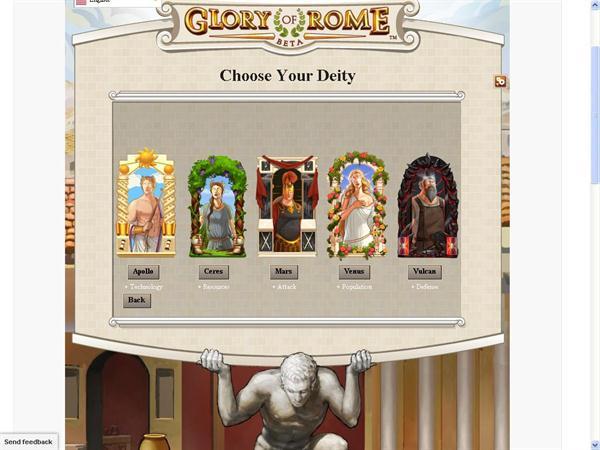 Similar to Evony and many other games you have week in which you need to build up your defenses and gather resources before other players start attacking you town. If you are confident or just want to test the attacks then you can skip the wait and upgrade directly to level 5. However for most users I would suggest to utilize this safe time for upgrading their resources but amassing food and building walls so that when the enemy comes attacking you are ready. Opening up the gates while you are unprepared and unprotected will be disastrous. To be protected when you go out seems like a huge task however. To level up while optimizing your resources you need to be online practically all time. Though the structures don't take a huge amount of time to build up but the problem is that there are too many structures to be built making the task more difficult. Add to that you can make only one structure at a time you will have to think and play the game day and night. 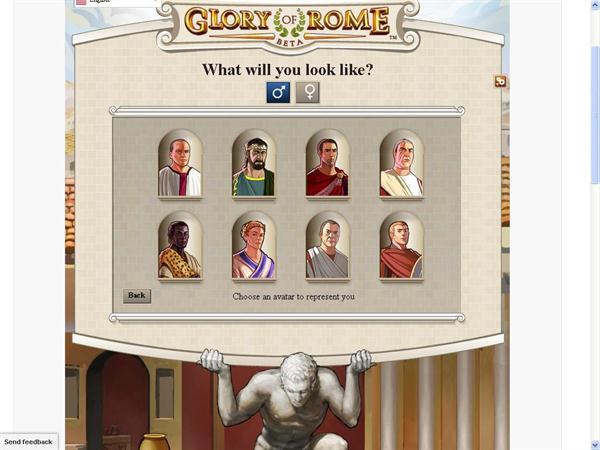 Other than making walls to protect Rome there are many more quests that appear in your Quest bar which you can complete you restore Rome to its Glory. In fact you can be shown up to 25 quests at a time for restoring Glory. In Glory of Rome, glory is a measurable and can be increased by increasing your strength in terms of troop strength, building walls and doing more research. Glory will be lost when other players come to attack you and plunder you city. However you can prevent this by joining any one of the alliances formed on Google plus for Glory of Rome game. This will help you repulse back the attacks from other players. Like other similar games you can talk live to other players of this game either in an alliance or with all the players at once.

Glory of Rome is certainly an interesting game to play but the time spent on unnecessary and boring tasks especially building those unlimited defense walls places this game somewhere outside the part time game market. Though this is not necessary a bad thing but unless you have a good team of regular online games with whom you can form alliance with your chances on surviving in this game are extremely slim. Also as you keep on proceeding and overtaking cities the tasks required to manage a big empire increase exponentially. If you don't have sufficient Facebook friends to keep sending you regular gifts from Fortune or you are willing to spend real money to buy expensive started kits, you cities are going to remain forlorn and fade in history. Couple this with the annoying action to post each success in the game just annoys you tremendously. You have to cross the window each time you do any quest or task successfully and after a certain time you feel like destroying your own city by yourself. For some die hards too interested to try out the ancient Rome related game this is a good chance but for other players there are honestly much better games on Google+