Zynga for the past year has came down heavily of Mafia War's co-vintage games and has closed down games like Street racing and Roller Coaster Kingdom. However Zynga has not been willing to close down the Mafia Wars which has about 24.1 million users with 8.8 million coming online daily to play the game. Instead Zynga has made a lot of updates and upgrades to the game to give it a livelier interface like Farmville. The best addition in the series of up gradation is probably Mafia Wars: Las Vegas which was brought in August, 2010. 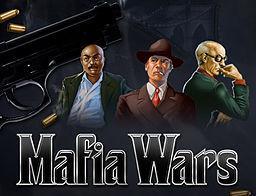 Las Vegas adds a lot of bling to the game along with a lot of new features. Las Vegas does not have any levels to unlock, instead the experience is broken into districts somewhat like Moscow expansion though with a lot more cool features. The district has been divided into the "Job maps" where you can choose in which direction to navigate in order to proceed towards the boss. For reaching to the boss most of the maps have an "Energy path" where you have to do various jobs and then this way you proceed towards the boss. The other is a "Fight path" which is filled with a blend of energy and stamina. This means that for players who prefer to go by the way of robbery, PvP and gang warring will find it easier to use this path in Vegas in Google plus as compared to the path in other Mafia War games like New York where even the starting stages are difficult to clear with this violence.

Like with other Mafia War games, Mafia Wars- Las Vegas on Google plus too has its own currency (chips) and property in the form of a casino that you build piece by piece and continue to upgrade just like the Chop Shop of Mafia Wars- New York. The currency you get in the game, Reward points can be gambled with chances to better returns quite equivalent to the real life gambling. If you make your casino big enough then you can also exchange you New York cash for the Vegas chips. For players interested in PvP there is a Fight Club Tournament. The tournament separates players according to the "weight" of their Mafia. You earn award by betting on the winning team. You also win by winning the increasingly difficult fights in your weight category. Fight Club Tournaments have been a huge hit on Facebook just like the new features of Robbery were a hit for PvP players.

There are basically two problems in Mafia Wars in Google plus- one minor and one major. The minor one is the inability to use the currency of New York in Las Vegas. One can understand when they cannot use the Moscow or Cuba currency in Las Vegas but the need to upgrade your casino to high levels to be able to exchange the currency of New York for Las Vegas is no welcome. Although it is obvious that this is to prevent some veteran players from exchanging their billions or maybe trillions on New York money for Vegas currency but for small players this step is not that welcome. By way of putting a limit on exchange this problem could have solved.

The other big problem is with the load time. The entire game took a lot of time to load on Google plus and this is not only limited to Google plus but is the same case on Facebook too. The current Mafia Wars is a major attractive text RPG on Google plus but the load time is agonizingly long. Accepting certain gits from friends for the game is further a big pain because for gifts like Energy pack the whole game has to load again.

The problem is not that frequent and seems to occur more extensively when many players are in the game at an interval putting a heavy load on servers. Long loading time for text based RPG sounds silly from the sound of it even if it has Flash based graphics. However as long as Zynga continues to add new features to Mafia Wars there is little danger of it dying out on Google plus.

Nice! Mafia Wars on Google+. Why not? After all, the game is no longer available on Facebook.