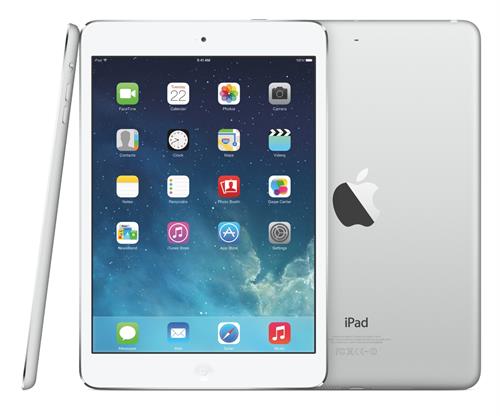 The design of iPad Air is stunning, it has a very thinner bezel and flat aluminum back panel which gives comfortable handling. iPad Air is totally same with iPad Mini, even you can say that it is a big version of iPad mini as iPad mini has 7.9 inch display and Air has 9.7 inch display. Its software is same like iPhone, same icons, same interface, nothing is different. As it is using iOS 7, you'll feel great while using it.

iPad Air has best camera in tablet family, it has 5 MP primary camera, 1.2 MP secondary camera with full HD recording. I personally use it and believe me it has a very good quality. You'll enjoy its video recording as recording interface is very good, it can record a 1080p video at 30 fps (frame per second), its secondary camera can record 720p video @ 30 fps.
iPad Air has a very impressive sound quality, even with average quality earphone it gives a great performance. Either you are a rocking music lover or a simple romantic music lover, you'll enjoy music on Air. It's music player interface is very simple & easy, you'll feel no problem while using it.

Well, its calling quality is not the best one but Apple add one great feature in it and that is Facetime with its good camera quality as its 1.2 MP front camera. If you have a video call with someone then facetime performance is great. iPad Air provides free voice calls also with facetime audio.

It is using A7 chip with M7 co-processor, so its performance is fantastic. If you are a game lover then definitely you'll like iPad Air, you can play high resolution games and of its gaming performance is awesome. It gives battery backup of around 9-10 hours normally, if you are listening music, using wifi or playing games continuously then its provide a good battery backup comparison than all other tablets.

So, full & final, Apple iPad Air is a best tablet in tablets category, it has some downsides like its high price, no touch id, no fingerprint scanner which can be useful for tablet users and sometimes it crashes automatically, well it's not happened a lot of time but it happens when you are using a lot of apps simultaneously. But, when you look over is upsides then you'll love it. I personally use this device so I suggest you that if you are thinking to buy a tablet then go for iPad Air, you'll never regret for it, you'll enjoy it. So, I personally rate it 8 out 10.