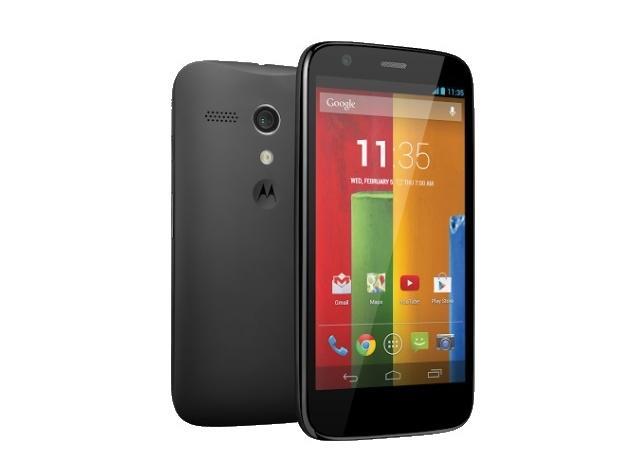 Motorola comes with its new device Motorola Moto G. It announced on November,2013. Company announced that Moto G would be available in India in the month of January 2014. In the market there are a lot of high priced phone and everyone can't afford it. So, if you have a low budget and want a good android phone in your pocket then Moto G is the best one for you. It starts from $179 only, in India you can buy this around Rs. 12500/-.

Well, Moto G is a good phone with cheap rates but its performance is not so good enough. It has only 1 GB of RAM so when you installed a lot of apps or high size games then Moto G may be irritates you. It takes a little bit time to do any function. But if you didn't install a lot of apps or games then this phone is very good for you. Those persons who has a less budget for phones and interested in less number of apps so this deal is the best one for them. In this phone performance is not the best but according to price it can be adjustable, you can play some graphical intensive games too.

It has a mutitouch LCD capacitive touchscreen with 720 x 1280 pixels resolution, 5 MP camera, 1.3 MP front camera. If we talk about camera quality then its not so good comparison than other phones. You may be impress by its battery life, yes Moto G has a good battery life which every smart phone user wants but it is non removable.

In the last, the best thing I found in Moto G is its water resistant nano layer which protect it from water. Because of its water resistant layer its battery quite safe. In this less price Motorola provides this feature which is very impressive.
So, full and final, I personally rate this phone 7.5 out 10. It has not best quality camera, its performance is not so much good comparison than other phones in the market. But, in this less price I say this is a incredible deal. In my knowledge there is no other phone by other companies with all these features in such less price.

Things you should do after purchasing the Moto G

This article helps you to set up your newly bought Moto G smartphone. One should do registration, necessary updates, and up-gradation to the higher version of Android OS i.e. KitKat. Read the complete article to get an idea about all these.