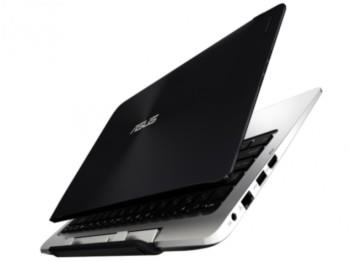 Recently, fresh announcement of numerous tablets at the world's largest tech show has attracted the attention of large number of tech enthusiasts. At the show, the leading companies like Panasonic, Samsung and Xolo have also shown off their different types latest gadgets.

In my last post on the latest Ascend Mate 2 smartphone release from Huawei at CES 2014, I discussed about the unique mobile cum charger functionality of the handset. And for this time, I am describing some other best tablet releases of this show. The tablet from Panasonic is a rugged one while the DreamWork has offered their new mobile computer for the kids only. On the other hand, the handy computer from Xolo is suitable for professional users. Whereas the tablet pair from Samsung can be used by both - students and official purpose. Let us have a close look over these upcoming new tablets:

Panasonic, at CES 2014 event has shown off their most expensive and robust tablet – Panasonic FZ-M1. It is a 7-inch touch screen tablet that runs on Windows 8.1 Pro operating platform and will be priced at $2,099. The rugged unit will be powered by Intel's newest Haswell Core i5-4302Y processor that will be coupled by 8GB RAM and 128GB SSD.

The tablet is water and dust resistant and can bear up to 5 feet drop. It is packed with the anti-theft technology, 4G LTE connectivity and powerful battery life. The 1.2 pounds Panasonic tablet computer will be available to customers within few months.

DreamTab tablet is designed to facilitate more to parents as now they can have more control over the way their kids using the computing devices. At this Consumer Electronics show, in partnered with Fuhu (a California based tech manufacturer), the DreamWorks introduced their new tablet - DreamTab for kids. The tablet reminds me of Fuhu's earlier tablet Nabi, which was announced in light last year and gained huge popularity among kids.

Besides this two tech associations named as 'One Laptop per Child – POLPCA' and OLPC Foundation – OLPCF have started a new project for kids, which is named as 'One Laptop Per Child – OLPC'. Under this project, they have introduced two new tablets XO-10 and OLPC XO-2. The Android based OLPC XO-2 will be available at $149, where the other more powerful model - XO-10 tablet will be available at $199 that will be running on Android 4.4 Kitkat operating system.

The tablet has been designed targeting at professional computer users and youths. It is a Windows 8 computer with the latest addition of AMD. Like Xbox One (Jaguar), the new Xolo tablet is also powered by an AMD A4 processor, which also uses same 1GHz dual-core CPU core chips, inside the tablet. It comes with 2GB DDR3 RAN, 32GB built-in storage as well as Radeon HD 8180G graphics processing unit.

For connectivity, the tablet has Bluetooth 4.0 and Wi-Fi options. It features 1.5W stereo speaker, two 2MP rear and 1MP front cameras. The company says that the device will offer up to 7 hours of battery backup with 26.27Wh battery and it will be available to customers by January end.

Samsung has unveiled 4 new tablets at the CES event including Galaxy NotePro and Galaxy TabPro, which are the Android 4.4 KitKat computing devices. The NotePro features 12.2-inch display display screen while the other comes with 10.1-inch. The tablets are expected to arrive in market in the last of this month or start of February.