Google has at last done what it has been planning for quite a long time and that is launching its very own gaming platform. In the beginning they added only 16 games to the Google plus list. Angry bird is the star attraction of G+ as it is the most hyped and sort after the game in the virtual world at this time.The game is developed on the HTML5 base and is quite similar to the earlier versions of the game. This angry bird is V1.0.1.rovio mobile. This version of the game includes all the three chapters of Pached Eggs that are found in the earlier versions and it also includes another exclusive episode named 'teamwork' exclusively for G+ users. 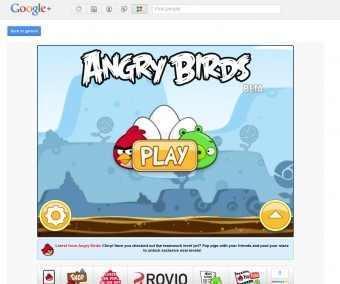 I played this game recently for a long time and was hit by the sheer simplicity and gameplay of the game. It is quite amazing in its design and animation that can attract net-users and gamers all over the world like a bee to a queen bee. If you are already running Google plus then you must have noticed the game icon at the top of the stream.

How to start playing Angry Birds on Google plus?

Are you a die-hard fan of Angry Birds? Would you like to try it out with some exclusive episodes and social-networking features? Then this article is meant for you. First on the to-do list is to login into your G+ account. Then click on the game tab. Now, in front of you will be a list of games available out of which you need to click on the Angry Birds icon and you are set to unleash the gaming monster within you. 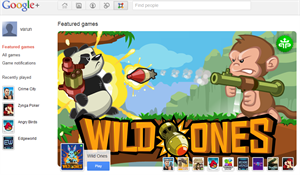 If you are a first timer on this game then you will be prompted for the required Privacy and Permissions rights.

The game will need the following two accesses from you-
1. To view your account's basic information.
2. To view your friends from your Google account, the order of which will be decided on the frequency of your conversation with them.

To start playing, click on the let's play button. Now, you will be required to give the above permissions, to do so click on the 'allow access' button and you are all set to go. The loading of the game depends on your Internet speed

Read about the best offline games to play. Also read about gameplay and other informations about these games.

Know the best, most famous games for Windows 8 operating system. Read about the top 5 games that have been downloaded worldwide for Windows 8 systems and know what are the highlights of these games.

Are you tired of the same gameplay followed by the Angry Birds series? Check out the latest Angry Birds Friends from Rovio that connects you with Facebook. The new game levels, improved in-game mechanics, fantastic gameplay all together makes the game even more interesting than ever. Today in this article you will find out the important details about the game 'Angry Birds Friends' and find out what are the features that makes it unique from other Angry Birds Games.