We have to be honest with ourselves here. No matter how much we loathe Call of Duty, we all have to admit that it was the game which changed how we play first person shooters. It defined the first person gaming in the inception. Do you remember the early 2003 when the first game of the Call of Duty series emerged?

It was not a big name back then. Nobody could have ever imagined that this shooting franchise will escalate to something of this scale that it is today. It was no a rocket science.

They earned a name for themselves by working day in and day out in the office and the end result was a highly-polished FPS game which was so new, refreshing and unprecedented. Never before we had seen such amazing graphics and tightly-bound narrative with ground-breaking mechanics. It wound up to be a really successful game that set a benchmark for other games to come.

It provided a new identity to multiplayer gaming. Gaming was not seen as something only clammy, nerdy guys will do by closing themselves in the room for 10 hours. Rather it was seen as a professional and respected sport. It was seen as an art, a profession an alternative way to relieve one from stress.

Unfortunately though, Acivision took all this fame and billions that fans were pouring, for granted. Instead of improving the mechanics and delivering their best, they choose to milk the franchise to its core and make as much as they could. They took all of this for granted and went on to become the most loathed developer.

All we see now is an annualized release with no purpose at all. Needless to say, the game feels half-baked as it doesn't get the time that a game needs to be well-polished. On top of that, ridiculous DLC's only worsens the situation. If they continue to do this and not learn from their past mistakes, it won't be late before we see staunch fans turn their back on them and leave the company to rot.

I might sound a bit outlandish and aggressive here, but this is what is going to happen to them ultimately.
Here is why I think Call of Duty series is going to be over sooner rather than later;


Call of Duty used to be really impeccable and refreshing with every instilments. The first, second, third and the fourth game was really amazing, especially the last one I mentioned. It was the definition of how a modern military game is supposed to be made, but after that, they went down the drain.

Just look at this mundane franchise now. What it has turned into? It's nothing more than a mere copy-n-paste. These annual franchises don't give us enough time and reason to pick up the game. I mean, they want us to play their game 365 days in a year and then when you are finished p with that, you get a new one. Needless to say, a lot of fans have grown tired of this treatment and playing this annualized franchise. If they don't stop releasing a game every year, others will also follow and jump on the Battlefield 4 bandwagon. 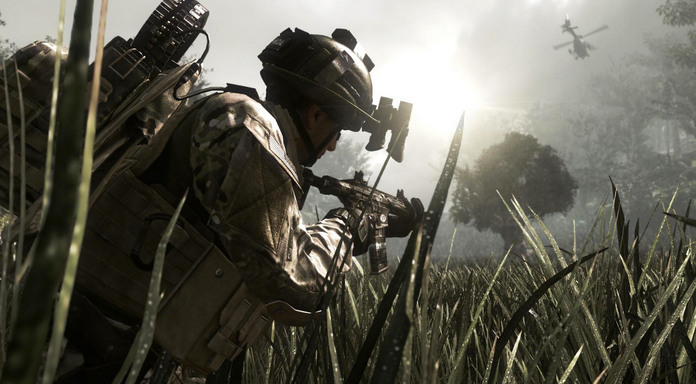 Would you continue to play a game where a bunch of 12 year kids are shouting at you for being a noob? Would you ever bother with that game? Sadly though, Call of Duty is that kind of game which is loved by kids. And if you have spent some time in a school at the recess period, I don't need to tell you how abusive and cruel they can be.

This is what happens when you play the game. It's quite normal for the session to be littered with abusive words, especially when you just killed their favorite solider. You are going to get bombarded with the outcries, and abuses. Brace yourself for that if you are going to play a Call of Duty game.

This is one of the main reasons I loathe it so much. I know, I don't sound professional, but this is the best way to express how the gameplay is. If they don't prevent this, it's going to be doomed sooner rather than later.

If you have played the Call of Duty series, I don't even need to tell you how lifeless the game can be at times. The same color in the game tends to infuriate me a lot. Why there is so much gloom? Why didn't they bother adding some life and color to the missions? These are some of the questions you will ask yourself while playing this game.

Sadly though, it seems as if they are not going to address this in near future. The dearth of color and content is really overt. It could have been a lot better, had they dedicated a bit more time to incorporate some life and colors in the game. This yellowish color will perplex you for sure, unless of course if you are a fanboy. They always come to rescue their favorite game when someone dares pointing a finger at the franchise. But the fact of the matter is, it's not that impressive.

Cocky devs proclaiming that they are best

One more thing which has never helped their cause is projecting themselves as the beast and the best. This kind of boasting doesn't really bode well for the future of the Call of Duty, or rather, their whole team. Seeing their statement, you kind of wonder what are they on and who's managing this frantic troop? Is this going to last long? Well, I for one don't think it would.

If you leave the Call of Duty: Modern Warfare aside, they have never really exceled or been innovative. It's kind of stuck where it was back in 2007. From graphics, FPS mechanics, the multiplayer teaming to everything else; nothing has changed to an extent where we can say that they have done a really good job. Not impressive on their part to say the least.


I have a confession to make here. I have never really bought any of their ridiculously prized DLCs that could well have been released as a free update. And I don't see why anyone would do that. Well except my grievances and outcries, I know people are getting into it from all over the world. Nevertheless, it's good to see that less and less people buying these DLCs lately, or at least I hope so.

Read Where can Call of Duty 2015 improve