The zombie apocalypse is here and you are going to be the one to help out ridding the city of them. This is the kind of setting we are so used of getting in games where you are the nerdy superhero slashing and shooting zombies for fun. And yeah, you have superhero healing powers too! They will bite you, shoot you, beset upon you in hoards, but to no avail. Eventually, you are going to be the one to come out unscathed against the odds.

If you are also sick of this kind of treatment, there is one good and bad news for you. The good news is, you are not the city-saving hero anymore, but you are a common person trying to flee the city like any other rational people who'd do the same when something like this happens. The bad news is, you are still the one to absorb or rather soak the every hit and heal like superheroes. The whole game is a mix bag of ups and downs. At one moment, you will love the slashing action, while the other moment, you'll be bored of the perpetual mundane hack-n-slash. 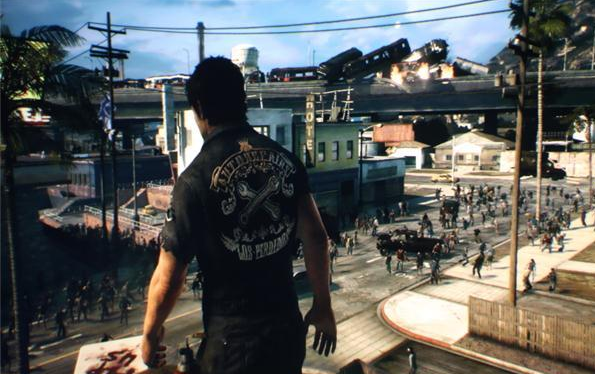 I have already finished up this game, yet I want to have another round in coop which can be only a good sign of a game, right? My kill counter states that I have killed more than 30,000 zombies during my playthrough, which is tantamount to more than one zombie per second. That's astonishing to say the least. I never realized that I had so much zombie-slashing potential in me.

What's encouraging and keeps you going is the different perks and weapon crafting. The more you kill, the more perks you'll get leveling up your health and stamina. As your health bar will dwindle down to red mark, you'll have to retreat for a bit and gather your breath and health. And the next moment, you are ready for another round. It works both a frustration-saver and can be a bit irksome at the same time.

Crafting system has been introduced for the very first time and it has changed the way we play zombie games. Well, I went a bit out of way, but it does make the game more intriguing and fun to play at the same time which keeps you engaged even when you are fighting hoards of mindless and cumbersome zombies. The game has a truckload of weapon for you to find and craft throughout the whole game world. They are scattered across the open-world map and the onus is upon you to fins and craft them.

The problem with every weapon is, though, they tend to break after a certain point, and it's not necessarily a bad thing. It keeps you on your toes while you are in hunt for a new weapon and brings variety and dynamism to gameplay. The game brings much required creativity aspect in the game as you'll be crafting weapons of your choice to wreck havoc. 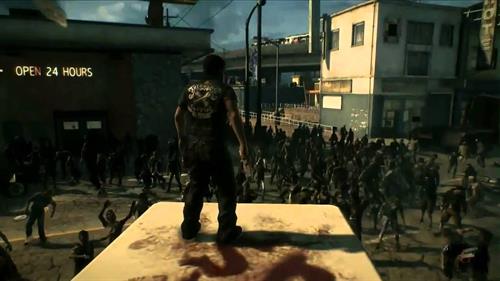 Although they billed the game as an open-world game, the game still isn't quite that open. It's really constrained and make you fill that those blockages at every end of the road is placed to lengthen you time navigating through the small map.

Moreover, if you rely on the map to go from one place to another, you'd be left wondering where you are going as it's not quite directional and often derails your way. Maybe if the map was more explicit, we would have liked the game much better and perhaps, would have saved ourselves frustration of soullessly lingering across the map.

It's pretty overt that they had to compromise with so many aspects of the game to meet the deadline and bring out the game on the launch date. That's one of the issues that launch games has always had to go through even in the past. They kind of fell like being rushed out of the factory and end up being half-baked.

In your way outta city, you will meet quite a few people needing your help, but it's our choice whether to help or be on your way. If you choose to help, though, some of them will gladly follow you as your companion while others will just say thanks to you and run away.

But they are not your usual companions where you can nonchalantly leave them to do your job. If you don't protect them and do what you are supposed to do, they will permanently die. So, if you want your companion to be with you, you gotta protect them.

It turns out, companions are more of a headache than help as they tend to come across you way quite often preventing you to escape a scene and causing your death from the hands of zombies. After putting up with them for quite a while, I decided that I'd rather complete rest of the campaign on my own than letting anyone come with me as they proved to be quite irksome. So, there are some repercussions of letting someone accompany you in your heinous crimes.

No matter where you look, you will see zombies lumbering across in the streets. They are rampant; they are everywhere and they are deceptive at the same time. It might seem like they are just lingering around, but if you are not wary of them and let yourself lose, you are going to get eaten alive pretty quickly. The zombies feel quite pulpy and meety and slashing or slitting them is just fun and gratifying.

Dead Rising series has never been renowned for their story. Do you remember why you were killing zombies in previous game? I for one don't! The only thing most people remember is the huge malls and zombies looming around the corner from everywhere.

But this time, Capcom has made sure that story is narrative is constrained and focused on getting player invested instead of mindless zombie-slaying. You have got a purpose behind what you are doing this time around. The narrative and story focus is better than ever.

As I stated above, despite killing more than 30,000 zombies in my first run, I am willing to go for another round. So, the game packs quite a bit of replayabilty potential as its engaging, intriguing and often time, challenging.

With more than 300 weapons on offer, you are not going to get them all in just one playthrough, so you will have to go for another round if you want a taste of how it is like to set a zombie on fire with a particular furnace or shoot with a particular weapon. Moreover, crafting adds another variety to the game and keeps you busy as you shuffle your weapons and try different combination to see what works.

Dead Rising 3 justifies it place as an Xbox One title. While it doesn't look great on native 720P resolution and with those fuzzy textures, it still packs a solid punch where it matters the most. The story, zombie-slashing and the gameplay is really engaging and captivating. It's a must-have game for anyone looking for a great experience. This is not your generic zombie game, it's a while different game than what you have played in Dead Rising 1 and 2.

If you can put up with a snarled map and some bleak textures here and there, you have a great game in your hand. If you liked the previous game of this series, you should definitely get your hands on it. Its really amazing!