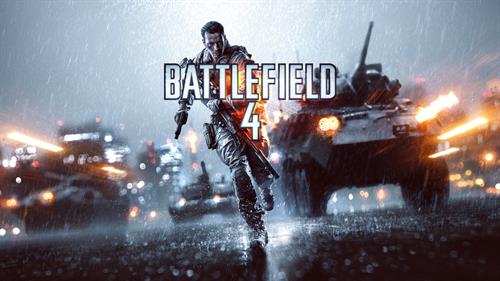 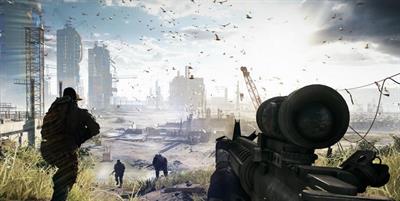 The main protagonist of the game is Recker. In the starting of the game, Recker with his three friends – Irish, Dunn and Pac escapes the Baku city of Azerbaijan. They were escaping from Russian special forces as they were carrying some important intel. While scaping in car they got trapped as their car went into the sea. In this accident, Dunn was badly wounded and got struck between the seats. Dunn throws his gun towards Recker, so that his friends can escape. Recker shot the windshield of car and all escaped except Dunn. When tombstone (Recker's team) returns to USS Valkyrie (it is a assault ship), their commanding officer 'Captain Garrison' orders Recker and his team (tombstone) to go in Shanghai.

They were dispatched to Shangai so that they can rescue three VIPs – Hannah, Kovic and Hannah's husband. They accomplished their mission and sent all those three VIPs to Valkyrie. When Tombstone returned to Valkyrie, they headed for the USS Titan which is a aircraft carrier. But when they reached the Titan, they found that it was badly damaged by Chang's Chinese military and was about to sink in the sea. Chang is the main antagonist of the game and wants to become the head of China, so that Russia can have the full support of China which will result in a war between Russia and US. As USS Titan was about to sink, Captain Garrison ordered Tombstone to gather the important data from the Titan. After a lot of difficulties, they recovered the data and jumped from the Titan as it sinked in the sea.

After this, Garrison sends Tombstone to Singapore to destroy an airfield which is controlled by Chinese. If they will succeed in doing so, then there will be no air support for Chinese. Hannah also accompanied the team . When they were about to reach the airfield in Singapore, Tombstone got hit by a heavy dust-storm on the bridge due to which they fell into the sea below. But somehow they survived and reached airfield. Upon arriving they started attacking the Chinese forces but were knocked down when missiles hit them. Pac got killed in this accident and due to the betraying of Hannah, Recker & Irish were captured by Chinese soldiers.

Then they were interrogated in the prison of Kunlun Mountains. After interrogation, they were awoken by Dima (he is a prisoner). With the help of Dima, they rescued all the prisoners which helped them to kill the Chinese guards and escape from prison. On the prison gate, Recker, Irish & Dima saw the Chinese soldiers and Hannah. When they were about to recaptured, Hannah killed all the soldiers and explains that the betraying of her was fake. She told that her mission is to protect Jin Jie (leader of Chinese soldiers), who had been posing as her husband. Unfortunately, Dima got killed while escaping from Kunlun Mountains. After two days, Tombstone reached Tashgar. Tashgar was in control of Chinese and Russian forces. In Tashgar, they met Major Greenland who is a commander of U.S. ground forces. 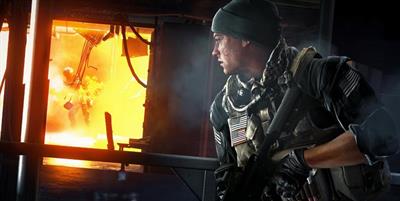 Then Tombstone starts their mission which was to destroy the near-by dam, as this will kill the forces in Tashgar. Fortunately, they were successful in destroying the dam due to which Chinese – Russian forces got killed by flood. They reached USS Valkyrie by a U.S. C-130 (a plane). Valkyrie was sailing towards the Chang's army. And Chinese army was about to capture Garrison, Jin Jie, other survivors and Pac (Pac was found to be still alive after the accident of Singapore). When the forces reached near to the survivors, Jin Jie convinces Garrison to let him show his face to the Chinese army.

When he showed his face to the Chinese army, they stopped fighting because they were fighting as they thought that Jin Jie has been killed. When Chinese soldiers saw in Jie they started enjoying as their leader has returned. Now, the time was to stop fighting and to establish friendship among United States, Russia and China. But when Chang came to know about all this, he started destroying Valkyrie with his warship. And after a lot of sacrifices and difficulties, Tombstone destroyed Chang's ship. In this, Irish was killed. At the end of the game, a U.S. helicopter picks up Recker and his remaining teammates.

It is a 1st person shooter game. There is a map in lower-left corner and health meter & ammo bar in lower-right corner. Moreover, map will show blue color for allies, red for enemies and green for squadmates. You can also command your squad to eliminate or suppress any enemy. In Battlefield 4, you can use dual scoped weapons and can also kill enemy by melee attacks. There are many cool features which you will see in Battlefield 4 while playing like you will have to dive underwater to prevent the detection by enemy and you can shoot with your sidearm while swimming too.

1. Garrison: - He is the captain of the USS Valkyrie ship and will help Tombstone by providing information.
2. Jin Jie: - He was going to be the next leader of China state but was assumed dead by Chinese. Jin Jie was posing as Hannah's husband for his safety.
3. Kovic: - He is a member of Tombstone team and was ordered to protect Hannah and her husband.
4. Major Greenland: - He is the commander of U.S. ground forces and was seen in Tashgar.
5. Chang: - He is the main antagonist of the game. He wanted to be the leader of China state by overthrowing the current government and establishing martial law.
6. Irish: - He is the member of Tombstone squad. Irish will be seen in most of the missions as an ally.
7. Pac: - He is also the member of Tombstone squad. He was presumed dead in Singapore but later on was found to be alive.
8. Hannah: - She is a Chinese secret service agent and joined Tombstone to protect the VIP Jin Jie.
9. Dima: - He was a supporting character and helped Recker & Irish to escape from the prisons of Kunlun Mountains.
10. Dunn: - He was the member of Tombstone squad but was drowned in car when the car went into the sea. Dunn was not able to escape from the car inside water because he was badly wounded and got trapped between the seats.

There are total 7 missions in this game. There are several objectives in every missions. Although total missions are less in number but these missions are long enough to be played & enjoyed. 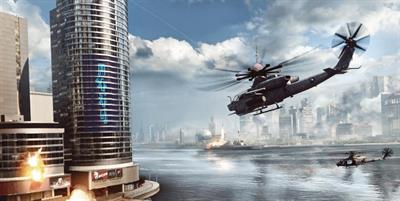 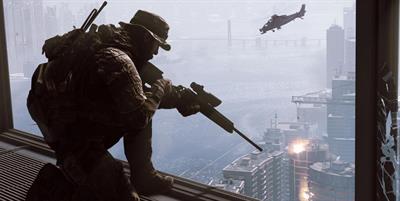