Some Background and History of the Franchise

The first GTA game was released back in 1991. This was the time when only few of us had our own PCs. The folks at Rockstar have been creating gems in form of GTA games since then, but the culmination of franchise came at 2003 when GTA Vice City was released. It was the second 3D open world game released by Rockstar which was developed with realism in mind. Unlike the previous games, it was a true open world game which could be played from the third-person view. 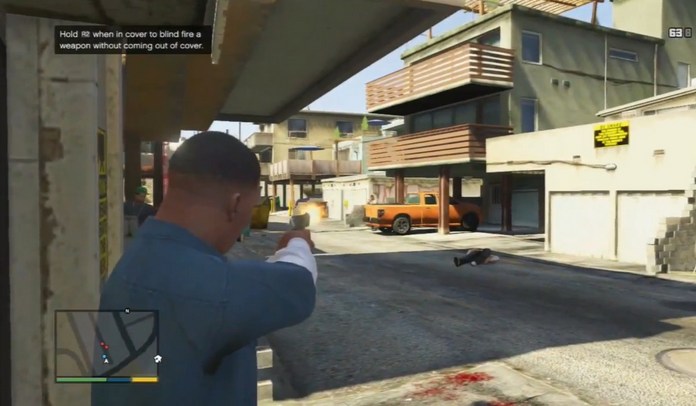 They haven't looked back since then. They delivered another hit in form of GTA: San Andreas which was a revolutionary game in itself shattering all the records. It set the benchmark for other open world games. Needless to say, there was nothing stopping Rockstar now as they had grown big. But as they say, once you become a big corporation and start making loads of money, the only thing that swirls around your mind is to make more money. It goes without saying that this is what happened with Rockstar and it showed when they launched GTA IV. It was so unusual for Rockstar to release a game like this. One cold guess that they rushed the release. It was heavily creatised all over the world in the gaming media. While IGN acclaimed the game for embodying such a huge world and taking the franchise from the manacle way to more serious way, others like Games HQ seemed to loathe it and so did the majority of fans.

Well, the question is, have they learned from their mistakes they made in GTA IV? The answer is going to make you happy! Yes, they have improved every facet of the game by leaps and bounds. GTA V is a culmination of more than 20 years of experience of Rockstar – The team that designed the very first open world game back in 1991. They have done everything right about this game. From improved shooting mechanics to improved driving every aspect of the game has been reworked upon. It only goes to show that Rockstar has listened to both positive and negative feedbacks and took it into the consideration while weeding out all the trolling. Let's talk about this game in more detail –

If anything, this game is redolent of GTA San Andreas in many ways including the world this game takes place in. The world itself is so huge that it supersedes all our expectations. It may take you more than 50 hours of gameplay to experience almost everything Rockstar has created for us, yet you would only be scratching the surface of this game. I am already more than 100 hours in this game and am still stumbling upon unprecedented places and easter eggs. So, that should give you an idea about how dynamic and vast the world actually is.

Rockstar brings back so many gameplay mechanics that we coveted for in GTA IV, but were missing from the game for some strange reason. Thankfully though, they were not so stubborn this time around and learned a lesson from GTA IV. Let's talk about the shooting mechanics first. It's a breath in the fresh air. It's so refreshing to see the Max Payne 3 shooting mechanics being incorporated into the game. You no longer just pull out a weapon and it shoots automatically for you. It's more tactical and makes more sense now as you have to aim for the target to hit it. The ridiculous auto aim mechanics is gone now.

The second thing I love about this game is the freedom with which I can explore the world and do my own thing. I can hijack a car, shoot a man in the head, go skydiving with my friends, or go on a bank heist. The game leaves it up to me to make the decision and have fun the way I want to. It never intervenes in between like it did with GTA IV. I can stress enough how vastly things have improved from GTA IV. There is no aspect which remains the same from GTA IV including the mission mechanics. You no longer need to drive ten times to the same place if you fail on a mission repeatedly. Grand Theft Auto is sick, wicked, gripping, hilarious and relevant commentary on the post-economic crisis America. Nothing is safe from Rokcstar's sharp and wry tongue including games and media. You will encounter a character playing games all day shouting at his lounges. The game is filled with abundance of such relevant parodies hinting at the wrong with our societies.

If you played the whole single player campaign and thought that it's over, you were wrong. Rockstar decided to launch its singleplayer counterpart almost 15 days after the launch of single player part of the game. Although it takes place in the same world, everything else is different including the way you play and gain money and gears. You no longer have access to all the luxuries and weapons from the inception. Instead, you have to make your way through and earn every single penny to join the ranks of best of the best. It can be so difficult at the outset when you are just on the first level as you will find yourself being shot every 10 seconds if you are not careful about what is happening around you. Anyone can be a backstabber including your friend. So you need to be wary of everyone as you are not alone out there in the multiplayer world. There are many others like you puttering around the map looking to slay their prey. There is so much going on than you can find on the map marker. So you will have to rely on exploration rather than just following the quest markers. You may come across someone being looted by the thugs and may decide to help or just pass by. The world is filled with such random events which is totally optional.

All in all, this behemoth creation is much more than what you'd expected from the current gen consoles. You only get to appreciate it when you actually get to play the game for yourself rather than watching the gameplay videos or reading reviews. You just gotta try it for yourself, you just gotta. It's amazing!