Configuring web server is simple in Red Hat Enterprise Linux 6. The Apache Web Server package is available in official Red Hat repository and easy to install. The configuration is made mostly on command line interface rather than graphical user interface. Most options are available in command mode and it is good to stick using it. The command line interface has got more functionality than GUI's. You will enter command in the Terminal emulator. To open Terminal, right click on the desktop and click on "open in terminal".

The above packages will install necessary configuration files in your operating system.

1. Start the http daemon to communicate between server and client. It can be done by starting httpd service which we have installed just before.

The above command makes the service to run for a single session (i.e) if you reboot your system, httpd service will be stopped. To run the service permanently even after reboot use the following command.

After using the above command httpd service will start everytime you boot up the system. The level 35 option is used to mention the Apache Web Server service to start either mode (graphical or non graphical).

Now launch Firefox and enter "localhost" in the web address bar without quotes. It will now display the new web server. Now this will be visible to all the computers connected to the LAN. You can also configure the web server and allow access to the internet. So if you like to configure web server to allow access to your website through internet follow the steps in below section. 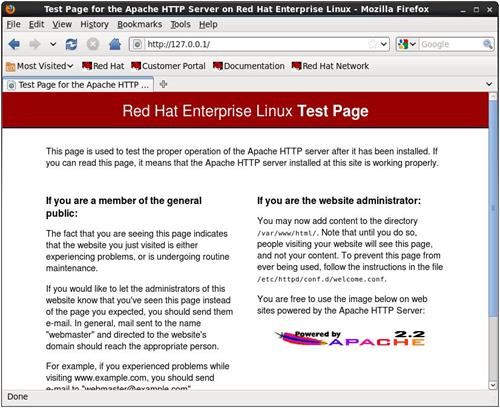 Publish your web site to internet

Firewall configuration:
This configuration is made to allow the internet to access your website. Technically, you are giving access to port 80 of you Apache Web Server. This can be done by assigning the following firewall rule.

Hurrah, now the web server configuration is complete and you can access your website from the internet.

Read How to install and configure WAMP Server for PHP Development

This article explains about, what exactly is an USER ID in UNIX operating system and how is that been represented and stored in "passwd" file with the user details. Also, read this article to know about the range of user ids and their special permissions.

How to disable Bluetooth in Fedora 19 at start up?

How to watch Netflix in Fedora

How to backup files in Fedora OS using Deja-Dup in simple steps?

Are you wondering how to back up your files in Fedora OS? Are you looking for easy way to back up files? Here is the tutorial which helps you to back up file with several handy options for you. Here I have given screen by screen procedure to install back up software and using it.

How to mount external hard disk in Red Hat Linux?

This tutorial indeed is very detailed for me to get some understanding about how to install and configure Apache web server...but some issues still confuse me.I find the answer on https://bestvps.us/configure-apache-web-server-on-linux-vps/..