As we all are aware about that cydia is like an app store for the jailbreak lovers. Cydia tweaks are also called the third party apps for the iOS device users. Some of the tweaks are really good, so jailbreaking of iOS device will not let you feel bad.

Recently a new cydia tweak which is added to the Bigboss repository and this tweak is for those who are looking to enhance the functionality of Wi-Fi on iOS devices. So there is a new jailbreak tweak for that and the name of that cydia tweak is BetterWiFi. 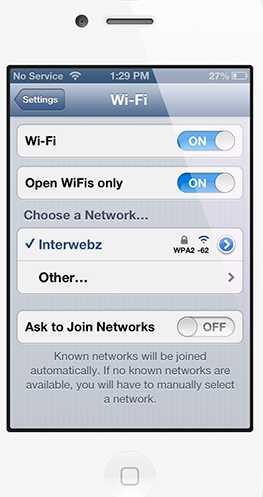 Simon Selg is a iOS developer who revealed that jailbreak tweak 'BetterWiFi'. By this jailbreak tweak new features for discovering Wi-Fi networks and seeing information about them will add up to your iOS device.

If you want to refresh the list of available WiFi networks, then you don't need to close that jailbreak tweak. You just need to pull down the tweak or re-scan the list. You can also remove the signal strength option by BetterWiFi jailbreak tweak.

BetterWiFi is available for the iOS device users, so you can download it from the Bigboss repository. After downloading this jailbreak tweak, you can set your preferences for this application from the preference pane where you can configure the tweak's various options. You will be able to configure smart passcode locking, choose to remove Apple's RSSI signal limitations, choose to display security types, and choose to display signal strengths. So this jailbreak tweak is really useful for those who want add more features to the WiFi option of their iDevice.

The tweak is compatible with the iOS 6 devices like the iPhone, iPod touch, and iPad. This tweak is now available in Cydia's BigBoss repository for $1.50. So guys got for it and experience this new application from Simon Selg