Google has recently introduced Nexus 5 smartphone which is sudden surprise for many latest gadget users and Google fans. They have launched it with latest operating system of Android Kit Kat 4.4 OS, Nexus 5 is powered by Quad-core 2.3 GHz Krait 400. This smartphone has some additional features including latest OS, 802.11 a/b/g/n/ac features, GLONASS GPS and protection of Corning Gorilla Glass 3 etc.

Google Nexus 5 is one of the hottest news and topic in the electronic gadget market, it has redesigned to give the better performance from their handsets built with the Internet free software inside.

Google's own branded devices coming with new specification with the latest version of its Android operating system, you can realize that Nexus 5 has incorporated a number of user interface and apps update. 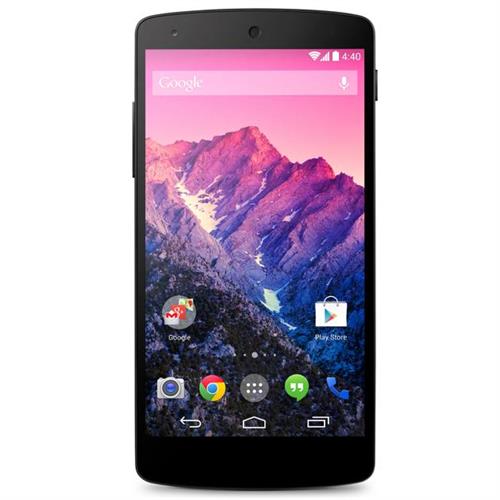 Anyone can buy the Nexus 5 from the listed 10 countries through Google's online Playstore, Nexus 5 price in India is around Rs 26000 to 29000 based on internal and external memory of the selected device. Nexus 5 smartphone comes with 16 GB and 32 GB memory respectively for the model handset.

It is early to furnish hands on review on Nexus 5 - latest gadget with rubberized plastic holding device. Though handset is an outstanding piece with latest features with as many as latest requirement filled in, still Nexus 5 let us think about its internal and external memory. If we look on its 16GB or 32GB memory which looks like very low memory, in that, how much user memory is available to use on the Nexus 5 for latest trends or official requirement, is something questionable.

We have to look on its Audio and Video quality further - many says they are excellent, this gadget appearance is average compare to metal-clad of HTC One. Nexus 5 let us realized that there won't be much different on its latest OS except home page and icon changes with addicting Google Playstore. As per the expert, this gadget helps for fast internet browser, impressive music result and the screen technology is awesome.

Read How to configure Android L launcher on Nexus 5 or similar Kitkat devices?

Are you looking for the review about the brand new LG built Google Nexus 5, then, here you can read detailed review about this incredible android smartphone, which runs on the latest Google Android version 4.4 KitKat. Lets find out its new features, pros and cons.

LG Nexus 5 vs LG G2; Review and Comparison of the Specs and Features of Two Android Brothers from LG

According to me this is a very good and excellent work done by you. It tells us how we can buy Google nexus 5 online or offline. This article will give relief and a simple way to et Google 56 nexus online or offline.

This article tell about many qualities and features related to this phone.

According to you Google Nexus 5 is one of the hottest news and topic in the electronic gadget market, it has redesigned to give the better performance from their handsets built with the Internet free software inside. I think you are right on this point. People will be happy to have this good phone with them.

You have given the price detail of it. According to you anyone can buy the Nexus 5 in India is around Rs 26000 to 29000 based on internal and external memory of the selected device. Nexus 5 smartphone comes with 16 GB and 32 GB memory respectively for the model handset.

I think that your article is written in simple and easy language. The language is easy and can express the meaning of the writer. The reader who will read this article will be full nowledhe related to Google Nexus 5.