It's another year and another Call of Duty game is looming around the corner. Seriously though, it shouldn't come as a surprise to anyone since Activison has produced a game every year. They have been making a Call of Duty game every year since 2003 for 10 years in a row! And it doesn't look like that they are going to change the formula for the near future. Why fix it if it isn't broke? It's selling millions and shattering every record after all. 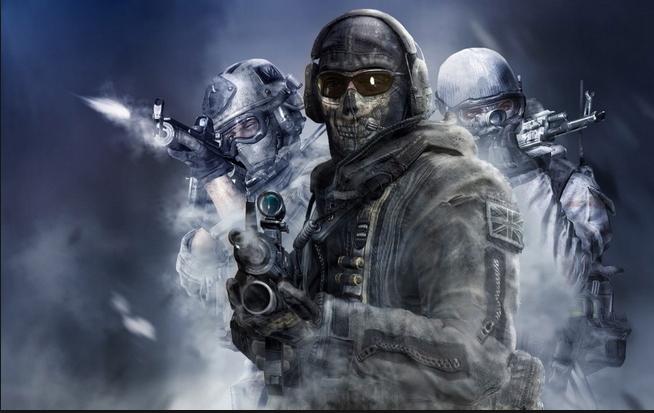 I still remember the very first time I played Call of Duty: Modern Warfare, the fourth game in the franchise. It changed the gaming industry forever. It changed the way we play first person shooters. Instead of the same World War 2-oriented shooters, we got something new for the first time around. It was innovative, raw, original and something which was never seen before. It set the benchmark for the next generation of FPS games to come. Needless to say, it sold like hot cakes all around the world. It was a huge success and the most sold franchise across the North American region and UK.

Unfortunately, instead of innovating and striving to deliver a better experience with upcoming Call of of Duty games, Activision took the shortcut after that and fed us more of the same thing after that game. They capitalized on the success of this game and produced rehashes of the game on a yearly basis. Unsurprisingly, they all sold well despite them not adding much to the game. All the games in the series after Call of Duty: Modern Warfare has sold well after that. The sequels to the COD games have outstripped their predecessors in terms of number of copies sold every time.

However, this year is going to be a different year for Call of Duty: Ghost since it's getting a head-on competition from Battlefield 4. We all know that when EA decides to do something, they end up achieving it. Why wouldn't they? After all, they have loads of cash to spare on marketing and delivering a premium quality AAA experience. It's seems that EA is adamant on setting Battlefield franchise as the number one franchise in FPS gaming. They have stated that so many times in the press. But dethroning Call of Duty is not going to be an easy task.

Now the question is, will Activision be able to replicate the same level of success again or will the crown finally be taken over by Battlefield 4? It will be such a challenge for both the sides as they bring their respective games to the market the very next month. Call of Duty is closer to the launch out of the two and most likely, it will have an advantage over Battlefield 4 in terms of sales. So, let's talk about Call of Duty: Ghosts a bit here. Here is what I have observed about this game - 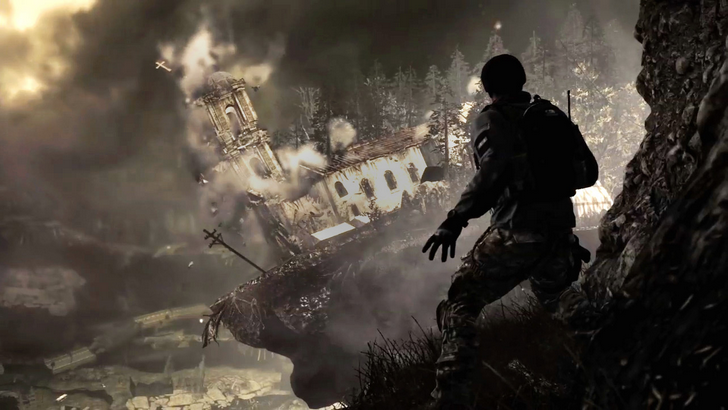 This year Infinity Ward has something unique planned for their fans with the game taking place in a completely new setting. Yes, for the first time since 2007, they are developing a game in a different setting than Modern Warfare or Black Ops series. Call of Duty: Ghosts is not a sequel to either of these two series. Instead, it takes place in US falling victim to the South American Federation. Almost 10 years after attack, everything is disrupted except the two brothers and their group of handful of soldiers. You attempt to retreat and wipe out the forces from the US soil running Gorilla operations in the country.

In other words, they are completely overhauling the formula; at least as far as Single Player campaign is concerned. The new story written by Steven Gaghan, a renowned writer, who hopes to make players care about the characters and root for them. The inclusion of Steven impels that they are focusing more on delivering a captivating single-player experience this time around.

But their unusual silence with this regard is not a good sign at all. They normally like to showcase more gameplay footage than they have this year. To be candid, they have not showcased much footage from the game if you exclude those CGI trailers that are not representative of the actual game.

The only gameplay footage that as shown was back in July this year was at E3 convention. It was not really convincing to say the least. The gameplay involved following a man around and obeying his orders. The protagonist had no freedom at all to be creative. It got some people booing them right on the stage which was not a good sign. One can only hope that the game has made a good progression since then at the infinity Ward Studios. 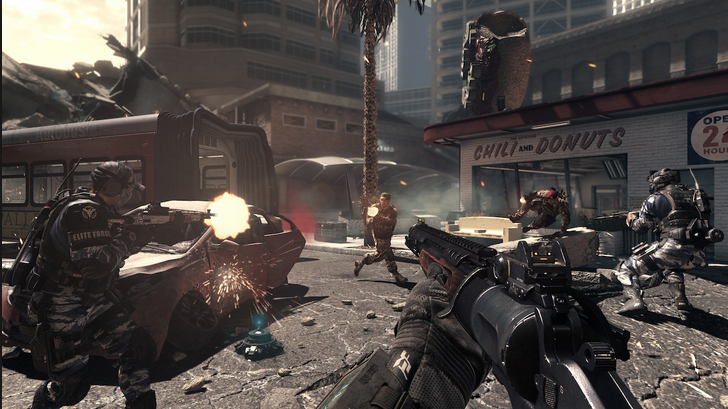 Mutiplayer remains unchanged though. They have not changed the formula unlike the single player counterpart. It's more of the same thing that we are used to see from Activision. There is not much to talk about multiplayer since there is not much new added to the game. But there had to be a new gimmick to sell the game to the audience this time around as well. So, they have added a couple of mundane modes to set this game apart from the predecessor. One of the new modes they have added is Squad mode which lets you create a custom AI by yourself and challenge your friends to survive the enemies designed by you. To be candid with you, this mode looks like an intriguing addition to an already cliché game, but is it sufficient to justify a sequel and a full-fledged $60? I will have it up to you to decide on that.


In case you were coveting to play this game on the go on the handheld devices, look nowhere else; you have gotten your wish fulfilled. There will be a Call of Duty app to help you stay connected to the game even when you are not playing it. You will be a part of the game no matter where you are. Expect more details to come out as we move colder to the impeding launch of this game.


They like to call it a new engine, but just to let everyone know, it's still the same old 2007 engine that they are suing to make this game. Granted, they have heavily modified it with several improvements in shades, interiors and graphics adding to the overall beauty of the game. But it still leaves a lot to be desired in terms of graphics, especially when you compare it with one of its biggest rivals Battlefield 4. It's not even worth comparing Ghosts with Battlefield 4 when it comes to graphics and physics, but we should understand that graphics is not what makes a game great. Call of Duty franchise wouldn't have been on top if it was for graphics.

As you know, Activision is going to release this game on as many platforms as possible – Xbox 360, Xbox One, PS3, PS4, PC and Wii U to be precise. The current gen version and the PC version will release on this November, whereas the next-gen version will arrive a bit later once PS4 and Xbox Once launch in the market.

Well the good news is, if you buy the current-gen version of this and decide to buy the next-gen version (As Cod: Ghost will be prettier on next-gen consoles) once it comes out, you will need to play only $10 for it. Yes, you can trade you current gen version of the game to have the next gen gaming experience for an extra $10 only. So, get your gears ready for both the version of this game if you are a console gamer. But from the viewpoint of a PC gamer, everything remains unchanged as there is no such thing as next-gen on PC. In other words, there will be only one version of this game available for our beloved platform.

Conclusion and initial review of Call of Duty Ghosts game

With some new Multipayer modes added to the game and an interesting new plot for the single player campaign, Infinity Ward is striving to capture our attention once more and enticing $60 on their pocket. However, with their unusual silence resulting in them not getting loads of pre-orders, I suspect that this year is not going to be an early Christmas for the guys at Infinity Ward and Activision. It's apparent that the interest and demand for this game has dwindled down. Here is hoping that they can turn the tides in their favor in coming days as the game is well on its way to launch in the market.

Call of Duty is the superb next generation game in the world. Its previous versions were also amazing and am waiting eagerly for the latest version Call of Duty: Ghosts. The new battle, missions and trailers seems very exiting. Please tell that it is now available in market for sale or not. What would be its pricing and minimum requirements to play on my PC?