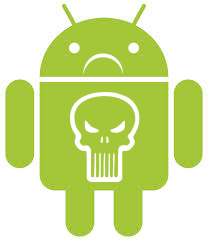 Android is an operating system that eight out of 10 smart phone users prefer today. Founded in 2003 by four enthusiasts Andy Rubin, Rich Miner, Nick Sears and Chris white Android Inc was not that famous till 2007 when Open Handset Alliance declared it as an open source operating system for mobile platform. This news brought an unexpected push for companies like Samsung, HTC, Sony and LG who were all dominated by Nokia at that time.

From then onward they started using stock Android as the root operating system and customized it for their own devices. Within five years Android gained such popularity that 80% of the smart phones today run Android as basic operating system. Okay, then what is the vulnerability that lies in its usage? Researchers say 79 percent out of 100 infected smart phones run Android operating system. eSecurity Planet predicted that by the end of this year 2013 around 18 million Android devices will get infected with malware and spyware. So, this year is going to be too worse for Android users. Have you got a doubt that what really affects your device? Here are some of the deadly malware that your device may host in future.

This is a malware that may enter your device through advertisements present in free or fake applications. Once such app is installed, malware sits in your device and starts sending messages to premium-rate numbers. This may cost you more and cut down your balance without your knowledge. Also this malware can access your contact list and send them links to install the same app through which it entered your device or a different application containing this malware.

This is a money stealing malware and has the capability of purchasing applications from the play store on behalf of you without your knowledge. But how is it possible? This malware sends request for buying an app and intercepts the confirmation code sent from store and authenticates a purchase...too cunning! And soon after a purchase this malware deletes all the details and transactions related to that purchase.

Most dangerous malware that can make your device into a zombie and similar to every zombie in a botnet, it receives regular commands from its bot-master. Those commands may direct it to either upload or download files to the target device. Such malware is generally used to perform corporate spying i.e. to spy on competitor's device by his or her opponent for domination. Such malware may cause a non recoverable damage to organisations.

This malware pretend itself to be a genuine one and is also hard to detect if injected. It can manipulate I mean, change its form by itself into Antivirus and browsers and fool users that they are downloading genuine applications. This is also a thief and sends SMS to premium rate numbers. Also it can change its icon to different forms to avoid itself from being detected.

Besides these malware there are several other dangerous ones like Android.Trojan.GingerMaster, Android.Trojan.FakeDoc, and Android/BackScript.A etc that can do similar harm as the above mentioned malware. So, what can you do to keep your device away from these malicious brutes?

How to keep your Android device safe?


Mobile Device management often termed as MDM is a first and necessary solution if you are a corporate employee. Ask your organisation to deploy such solutions for preventing data theft or data leakage. Samsung has already launched Samsung SAFE and Samsung KNOX to provide personal and corporate security for their customers. Applications cannot install on their own, they request your agreement i.e. permission to make changes to your system. So, please try to read agreement completely before installing any application from unknown provider though it is a time taking process. Generally, our devices pass several hands so, it is better to lock those apps which you feel more personal and confidential. Applications like Applock, Smart App Protector etc can be used to lock up your apps since they require passwords to launch.

If you are a frequent buyer of applications in Play Store, you might have already stored your billing details in the respective accounts like Google. If your answer is yes, you should set up a transaction password? No! Go ahead and set up one here Play Store > Settings > Password for keeping your credentials safer. Also most of us root our Android devices without proper knowledge and with an untrusted ROM. So, it is better to choose some trusted ones like Paranoid Android and Cyanogen for rooting. Good news is that Google Devs implemented a 'verify app' feature in their new Android version 4.3 Jelly Bean to make app purchases more secure. So, let us hope that at least Android 5.0 Cream Lime Pie will be as secure as Windows and BB10 operating systems.

For a novice user the best method to keep his device safe is to download an antivirus software and install it. These softwares can be easily downloaded from the Google Play Store. These antivirus come in a free and paid versions. A good antivirus can be found by looking at the user ratings and the comments on the corresponding page. Top antivirus programs that are available in the play store are Avast, AVG, etc. You can download any of these and trust me no antivirus is bad at all unless its a fake or not a trusted brand.

Moreover it would be safe if you install apps from a trusted source as apps obtained from unknown sources may install spams along with them that may degrade performance of your device and who knows these can even be the direct installation of malwares or a door for them. So be cautious when installing any app from any third party source.