Today most of the smartphone buyers are opting for a bigger display screen neglecting the price range. Keeping in mind the requirements of younger generation, iBall introduced a projector smartphone claiming that it is the world's first smartphone with 35 Lumens in projection. So, this smartphone can project your presentations or videos on to a screen up to a size of 10 feet. Andi's LED projection supports a contrast ratio of 1200:1. The main disadvantage, one finds in such projector smartphones is the effort to be put in handling the phone while projecting. But this Andi 4a assists you even in outdoors with a tripod stand that is absolutely free along with the smartphone. While running on Android 4.1 Jellybean, Andi 4a sports a 10.16cm IPS WVGA Display at a resolution of 480x800. Though priced a little higher Andi 4a entertains the buyer with ultimate features that are discussed below. 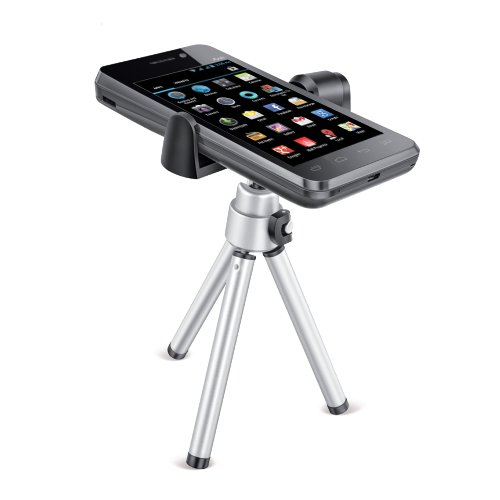 Features and Specifications of iBall Andi 4a

With an 8 megapixel resolution camera sensor what not? every moment can be made memorable. Also the LED flash and Auto Focus features improves the quality and makes your pics even better in low lights. A VGA front facing camera assists you for making a 3G video call from its huge display. But one has to adjust with a 512 MB RAM which should have been increased to 1 GB. A 1 Ghz Dual Core Cortex A9 Processor, 4 GB internal storage expandable up to 32 GB via micro SD card will really impress you. Coming to it's 1500 mAh battery which is better than its recently unveiled Andi 4a Radium's 1450mAh battery lasts for 2 hours in projector mode and may perform better in normal mode. Connectivity options are as usual and include 3G, EDGE, GPRS, Wi-Fi and Bluetooth. iBall says that all these connectivity options including GPS/A-GPS will be your companions in outdoors. This smartphone supports Dual SIM both GSM with dual standby.

Key Specifications of Andi 4a

iBall Andi 4a is priced at Rs 18,999 as per the official announcement. However, it may variy from retailer to retailer. Flipkart has alraedy listed Andi 4a Projector smartphone and accepting pre-orders for a discounted price of Rs.17,999. The only drawback i.e. 512 RAM is almost negligible since this smartphone is completely meant for entertainment. So, if you need a smartphone just for entertainment, why don't you order it today?