Now, with the advent of Apple's godly gadgets, surprising abilities of technological sorceries seem to be not that pronounced. But is it really so? Well, I guess, there's much more to it. There are so many things we see every day but don't know a percent of the actual picture behind them.

This article is about augmented reality. And don't be surprised, you definitely have experienced it.

What is Augmented Reality anyway?

If you're an avid reader or anything of that sort, I'm sure you know the literal meaning of 'augment'. Not to stretch too far, it basically means to increase something. Put too precisely, it means 'to enhance'. But reread it: 'Augmented Reality'. Can reality be augmented? If yes, how?

Well, the whole concept of augmented reality is about enhancing the power of reality, by using something extra, something like maybe a tool, like the very smartphone you may be reading on right now. This concept is basically centred around the very basic idea of adding extra data to the perception of things around us which we do not see normally. For example, you're exploring on your motorbike something new, a place you've never been to before. And you don't know a thing about who's who and where's what. And all of a sudden you realize you didn't have anything since morning and you want to head to a nearby restaurant. Alas! You don't have any. But then you wonder, how come these many people are carrying out businesses and not one of them is a restaurant when at the same time, so many bikes are parked by an outlet, which doesn't have boards/banners but seems to be crowded on the inside. So, what you do is you take out your iPhone and google it out and there you go, it's the bar.

This was a mere example and I'm sure you could get a hint on what we're dealing with. Yes, this is all about juicing out more from reality by using everyday tools. But is that all about augmented reality? Finding a restaurant, that's it? Well, no? 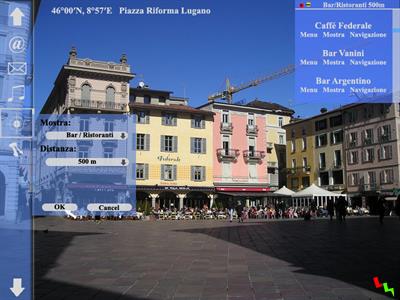 Let's take another example. You're an Indian and you decide to have a trip to Thailand and when you move in there, all you find are stuff written in a language you never knew of. Now your wife or to make it more interesting, your girlfriend wants you to buy her a purse as a souvenir of the trip but she hates leather. How are you gonna deal with it? I'm sure you cannot take the risk of bumping into all outlets you see around a one mile radius of yours and can check out whether they have leather stuff or is there something in reskin or something of that sort? So what you do is you switch on to an app called 'Layar' on your smartphone and you face your rear camera towards the outlets one by one and there you go. It helps you out with all the details, barely by recognizing what is what and where is the right place for you to.

Well, this was just a brief introductory perspective into augmented reality. In my next article, I'll explain to you a bit more about augmented reality and something called mediated reality and virtual reality and sooner or later you'll realize the differences and similarities between them all. Also, I plan to come up with a couple of posts and help you out with the best augmented reality apps for your iOS and Android. If you liked this post, don't forget to hit the 'Like' button below and show your thumbs up to the write-up.

Top 10 Most Amazing 'Augmented Reality' Apps for Your Android Device

Augmented Reality is not a new concept. It has been into use for few years now, but the very name isn't a concept known to many. This article is all about 10 best augmented reality applications available for your android device today. Read on!

Days of normal apps are gone and it is your time to get augmented reality apps. Craze for AR has grown after Google's Project Glass. So, here you will find some popular augmented applications which are compatible with iOS, Android and Windows platforms. Read on to know some of the top free & paid apps and make use of them in your daily life.