Nokia has launched its much anticipated smartphone Lumia 925 as well as its biggest-ever smartphone Lumia 625 in India. With the introduction of smartphones into the market, Nokia is struggling very hard with its rivals like Samsung and Apple, not to lose its popularity. However, the matter of fact is that it is lagging behind its rivals in the smartphone market.

Here, in this article let us see the details regarding the launch of Nokia Lumia 625 and Nokia Lumia 925 smartphones in India. Also, we could see the features, specifications, review and price of these two smartphones.

Commenting on the launch, Nokia India Director-Marketing Viral Oza said, "The Nokia Lumia 625 is our largest smartphone screen to date and offers a superior entertainment companion to our consumers, while with the Nokia Lumia 925, we have introduced metal to the Lumia range in a sleek, light weight design that consumers will love along with enhanced imaging capabilities."

Are you excited to know the features, specifications and price of Nokia Lumia 625 and Lumia 925 in India? Then, what are you waiting for? Let us discuss them below.

Nokia Lumia 625 is the successor of the Nokia Lumia 620 and it is a mid-range smartphone with 4G network connectivity feature. It comes with a huge 4.7-inch screen, which is the biggest for a Lumia smartphone till now. The display type is an LCD display with 800x480p resolution and 201ppi pixel density. Moving on, it is powered by a 1.2GHz dual-core processor, backed by a 512 MB RAM and it runs on Windows Phone 8 operating system. The company has provided 8GB internal storage in the phone, which can be expanded further by up to 64 GB. 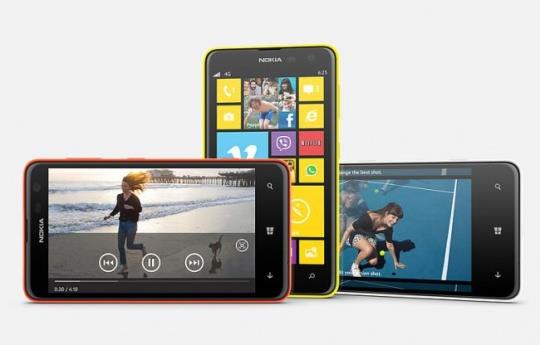 Coming to its camera, the Nokia Lumia 625 sports a 5 megapixels primary camera that is also capable of recording full HD videos @ 1080p resolution. Also, there is a front-facing VGA camera for video calling.

On the connectivity front, the Lumia 625 of Nokia offers lot of features that include GPRS, EDGE, Wi-Fi and 3G. The highlighting feature of this Nokia Lumia 625 is that it has a support for 4G network connectivity too. Probably, it would be the first mid-range smartphone to have 4G network support.

To attract the buyers, Nokia is also offering movies worth Rs 4,275 with Lumia 625 smartphone and access to 10GB of data over Wi-Fi at McDonalds, Subway and Cafe Coffee Day outlets at free of cost. Additionally, it is also offering 3GB free 3G data for a period of 3 months for Tata Docomo users.

The Nokia Lumia 925 is a premium smartphone designed by a metal frame with a polycarbonate back. Specifications wise, it features a 4.5-inch PureMotion HD+ screen with ClearBlack display technology and a resolution of 1280x768pixels. Also, it has Gorilla 2 Glass protection for the display. 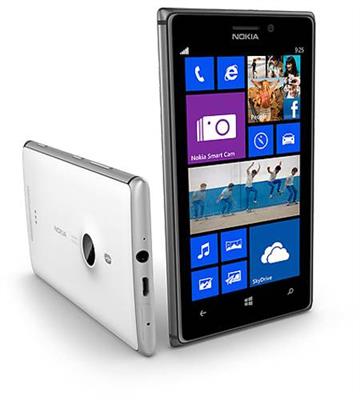 Under the hood is a 1GHz dual-core processor, 1GB RAM and Windows Phone 8 operating system. It houses 16GB internal storage and there is no external memory card slot available. However, you could have an access for 7GB free SkyDrive storage.

On the connectivity front, the newly launched smartphone has a support for an array of features that include 2G, 3G, Wi-Fi, Bluetooth 3.0, microUSB 2.0 and NFC. It is backed by a 2000mAh battery. One new feature in this phone is wireless charging (via removable back panel).

The Nokia Lumia 925 smartphone is available in two colours that are Black and Grey. Nokia has priced the Lumia 925 in India for Rs. 33,499. Interestingly, Online shopping portal Snapdeal is offering the device for the best price of Rs. 32,400 only. In addition to this offer, it is also providing a Nokia Bluetooth worth Rs. 1380.

These are the specifications, price and features of both Nokia Lumia 625 and Lumia 925 smartphones. I hope that this information will be useful for you in buying new smartphones.

Feel free to ask any queries below, if any.


Read How to turn off SIM application pop up in Nokia Lumia?

In this article, I am going to highlight the features, specifications and price of the most recently announced Windows 8 Nokia smartphone – Nokia Lumia 925. Please read the below article for its details.

Review of features and specifications of Nokia Lumia 925

Nokia Lumia 925- Show your creativity with its camera

With the development of new technology, there comes the advancement in the devices of the users. In this context, Nokia has used Pureview technology to capture clear and brighter images.