It seems the indigenous manufacturers are very keen on providing Android based smartphones at an affordable price. Recently, we have seen a new budget smartphone from Celkon mobiles called 'Campus A20' that comes at price of Rs 5,299 only. Now, the latest smartphones to join this budget range list is from Intex. Intex Technologies has launched two Android based smartphones under its Cloud range. Intex Cloud X4 and Cloud Y2 are the two new budget smartphones launched. The Cloud X4 is the successor of the Cloud X3 that was launched in July 2013. In fact, most of the specifications and features of Cloud X4 are very similar to the Cloud X3 smartphone.

"Intex sold over 4 lakh smartphones in the last quarter and is planning to sell 3 million this fiscal year. This widespread acceptance is testimony to our differentiated and rich product portfolio, which is backed by a strong service and support network. Our latest offerings in the 'Cloud' series offer an enhanced mobility experience to users who demand the best of features and performance from their smartphones and are economical too."

Let us see the full features, specifications and price of Intex Cloud X4 and Cloud Y2 smartphones in this article.

The Intex Cloud X4 smartphone sports a 3.5-inch display that offers a resolution 320x480 pixels. The display is of capacitive touch screen type. It is powered by a 1GHz processor that is supported by a 256MB RAM. This could be a disappointing thing, as this RAM might not offer hassle free multitasking. 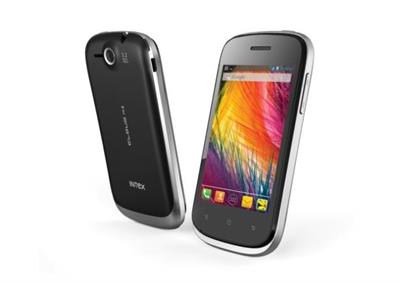 Moving on, the phone offers 512MB of internal storage that can be expanded up to 32 GB through a microSD card. It runs on Android 4.2 Jelly Bean operating system. when it comes to camera features, Intex Cloud X4 features a 3.2-megapixel rear camera and a VGA front-facing camera.

On the connectivity front, the device supports many features that include 3G, EDGE, Wi-Fi, Bluetooth with ADP, GPS and other. Also, it has Dual SIM with dual standby support.

The other features of this device include with a pre-loaded apps like Matrabhasha, Intex Life Box, Intex zone, Intex movies and Intex Play. Matrabhasha is an innovative application that enables users to use their smartphone in their own mother tongue.

The Intex Cloud X4 is packed with a 1500 mAh battery, which the company claims can deliver up to 7 hours of talk time and 300 hours of standby time.

The Intex Cloud X4 will be available in two colors, Black and White. It is priced at Rs. 4,590 only.

The Intex Cloud Y2 smartphone features a 4-inch display with a resolution of 480x800 pixels and is powered by a dual-core processor clocked at 1.2GHz. There is a 512 MB RAM and it comes with 4GB of internal storage that can be expanded by up to 32GB via microSD card.

The Intex Cloud Y2 packs a 1,500mAh battery that procures a talktime up to 7 hours.

The Intex Cloud Y2 would be available in two colors, Black and White. It is priced at Rs. 6,190 only, which is a little more than X4.

These are the specifications, features and price of Intex Cloud X4 and Cloud Y2 smartphones. Hope this information will help you in buying new Android based budget smartphone. Feel free to ask any doubts through comments below.

Intex Aqua I-5 : Review of features, specs, price and availability

Are you thinking of buying a new smartphone with high-end specifications under Rs. 8000? If yes, then you are at the right place. Read the full specifications & features of all new Intex Aqua Speed smartphone.