Indian manufacturer, iBall has been expanding its Slide series tablet portfolio. The new tablet to join Slide series is iBall Slide i9018. It comes with a 9-inch touchscreen display, Android 4.2 OS and more for Rs. 9990. Earlier this July, we have seen iBall Slide 3G 9728 launched at a price of Rs 14,499. It comes with a 9.7-inch display with 1024x768 resolution, 16 GB internal storage, 5-megapixel rear camera and Android 4.1 Jelly Bean OS.

The all new Slide i9018 tablet also comes with many interesting features and decent specifications like a dual-core processor, Android 4.2 Jelly Bean and many more. Commenting on its launch, Sandeep Parasrampuria, Director, iBall said "With growing demand for Tablet PCs, need for bigger screen size at affordable price is seen and we are happy to introduce iBall Slide i9018 with 9″ HD screen and Dual core processor which is being offered for the first time in India."

Let us have a quick look over the specifications, features and price of iBall Slide i9018 tablet in this post.

Features and specifications of iBall Slide i9018 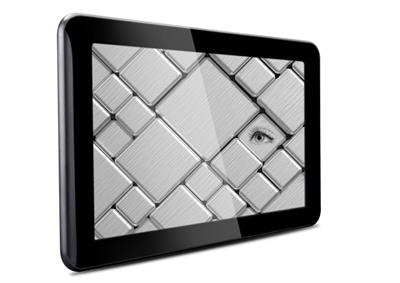 The Slide i9018 tab of iBall features 9-inch display with a resolution of 1024x600 pixels. The display type is capacitive multi-touch IPS display.

The tablet is powered by a dual-core Cortex A7 processor that clocks at a speed of 1GHz. And for graphics boost it has Mali 400 MP2 GPU. It runs on Android 4.2 Jelly Bean operating system that offers excellent user interface along with a variety of features.

The Slide i9018 sports dual cameras. At the rear there is a 2-megapixel shooter and for video calling it supports VGA front camera. These features could not impress the buyers more, as those are some basic ones.

Moving on, the tablet houses an internal storage of 8 GB that can be expanded by up to 32 GB using a microSD card. There is a 1GB RAM fused with the device, which aides in hassle free multitasking.

On the connectivity front, the tablet supports many features that quite common in most of the tablets these days. The connectivity options offered by this device include WiFi 802.11 b/g/n, Bluetooth micro USB port, HDMI and USB OTG. Unfortunately, it doesn't have built-in 3G support. However, you can access 3G on this tablet using an USB dongle.

The battery backup plays a crucial role in any electronic device. Indeed it is the life of it, as the devices can't run without power supply. The Slide i9018 tablet is backed by a large 5000mAh battery. However, there is no official word on it backup capabilities.

The iBall Slide i9018 is priced at Rs. 9,990. It would be available in White color through various retail and online stores soon.

The Slide i9018 tablet with G-Sensors comes with a warranty of 1 year.

The iBall Slide i9018 tablet sports many useful features and decent specifications. It comes with a big screen of 9-inches, 1GHz dual-core processor, 5000mAh battery, 8GB of internal memory and many more. One of the disappointing factors is that it doesn't have built in SIM slot. At a price of Rs 9,990, it is worthy to buy for those who don't bother much about camera and 3G. Also, have a look at iBall Slide 3G 9728 Tablet features and specifications that comes at a bit high price.

Hope these details of iBall Slide i9018 tablet will help you in buying a new Tab. What is your notion on this new tablet of iBall, folks?

iBall slide has released couple of tablet PC recently, one of them is iBall i6516 tab that is most selling tablet PC in India. iBall also released some other tablet PC like iBall slide i6012, i9702 and so on. You can find here iBall Slide Tablet PCs i6516 specs, price and review.