Nokia has launched a couple of Windows 8 powered handsets this year. Among those, Nokia Lumia 625 is one of the latest windows 8 smartphones that was announced in the month of July 2013. It is still not available in the market and expected to arrive soon. Nokia is one of the world's largest vendors of mobile phones. It has gained much popularity in India for its variety of mobile handsets. On the other side, South Korean multinational company, Samsung is perhaps world's largest smartphone maker.

Are you excited to know the differences between Nokia Lumia 625 and Samsung Galaxy Grand Quattro? Then, what are you waiting for? Let us have a quick comparison between these two smartphones, below. 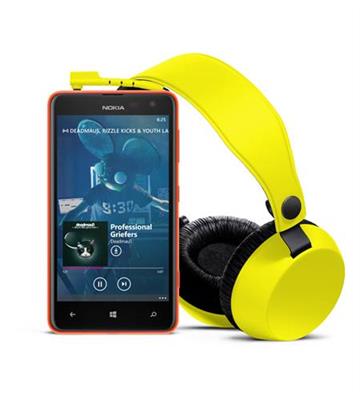 Winner: Both devices have same display size and resolution. But Lumia 625 has an additional protection feature. So, we can conclude it as winner for this round.

Winner: Lumia 625 can be treated as the winner of this round because in addition to the other common network support it has 4G support too. However, if you are a dual sim lover, then go for Samsung Galaxy Grand Quattro.

When it comes to OS specifications, the Lumia 625 runs on Microsoft Windows Phone 8 that can be upgradeable to WP8 Amber and the CPU is a Dual-core that colcks at 1.2 GHz. The chipset type is Qualcomm MSM8930 Snapdragon with Adreno 305 GPU. Whereas, the Galaxy Grand Quattro runs on Google's Android OS of version v4.1.2 (Jelly Bean). Under the hood, the phone is powered by a 1.2 GHz Cortex-A5 quad-core processor. The chipset type is Qualcomm MSM8625Q Snapdragon 200 with Adreno 203 GPU.

Winner: The operating systems run by these two smartphones are different. The first one runs on Windows 8 while the latter runs on Android OS. So we can't decide the winner. It depends on your preference. But as per CPU specifications Galaxy Grand Quattro is the winner. Because it possesses a quad-core processor.

Winner: The internal memory of both smartphones is same but the expandable memory of Lumia 625 is a bit high than Galaxy Grand Quattro. On the other hand, Grand Quattro comes with 1GB of RAM while Lumia 625 has a 512 MB RAM only. If you want a crash free multi-tasking then Quattro is the best choice for you because it is also being backed up with a quad-core processor. Else, go through Nokia Lumia 625.

On the connectivity front, the Lumia 625 of Nokia supports many features like 3G, 4G, Wi-Fi, Bluetooth v4.0 with ADP and LE, GPRS, EDGE, 3.5-mm stereo headphone minijack and Microphone etc. While, the Samsung Galaxy Grand Quattro comes with a couple of connectivity features that include GPRS, 3G, Bluetooth v3.0, EDGE, an USB Port 2.0 and more. The Lumia 625 and Grand Quattro has a couple of sensors like Accelerometer, proximity and compass. 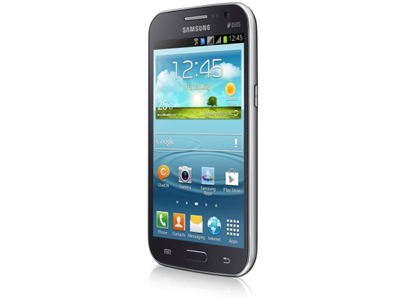 Winner: Clearly, Nokia Lumia 625 can be declared a winner for connectivity features.

Both Lumia 625 and Galaxy Grand Quattro come with a 5-megapixel rear camera with features like autofocus, LED flash, Geo-tagging, touch focus and more. There is a front-facing VGA too in both these phones. The Nokia Lumia 625 supports video recording with 1080p@30fps while Galaxy Grand Quattro aides it with 480p@30fps.

Winner: Nokia Lumia 625 is the winner.

There is a 2000 mAh Li-Ion battery packed with these two latest smartphones but the backup capabilities claimed by the respective companies are different. For Nokia Lumia 625 up to 552 hours on Stand-by, 24 hours talk-time on 2G and up to 15 hours 10 min on 3G, also you can listen to music up to 90 hours continuously on a single charge. On the other hand, Samsung Galaxy Grand Quattro procures up to 210 hours of stand-by and 11 hours of talktime on 3G.

Winner: We can't decide the winner.

There is yet no official word on price and availability of Nokia Lumia 625 in India. However, it is expected to launch in India by the end of August, 2013. The Samsung Galaxy Grand Quattro is available for around Rs. 16000 across various online shopping portals like Flipkart, Snapdeal and other.

Winner: Since we don't have precise information on price and availability of Lumia 624, we can't decide the winner of this round for now.

Lumia 625 and Lumia 925 - officially Launched in India by Nokia

This is a sleek Dual SIM mobile having front and rear camera. In this article you can see about the features, specifications and price of the Samsung Galaxy Grand Quattro with quad-core processor model number GT-I8552.

Still can't make out. Which is the best?