Now days, mobile phones are not just devices for communication but a whole new device offering a bunch of capabilities. Actually, there is literally nothing that can't be done without these smart devices. As the features became so smart, the mobile phones got transformed into smartphones. The role of the mighty LG in making this transformation is not that small. They have been in the field for so many years and were there since the beginning. I think, now the companies are concentrating on 'multi-tasking' features on smart phones because almost everything is done using mobile phones. And now LG is coming up with something new called the 'Q Slide'. They have included the new features like Q slide and Q Memo in the new device LG Optimus G and it really is impressive and smart. 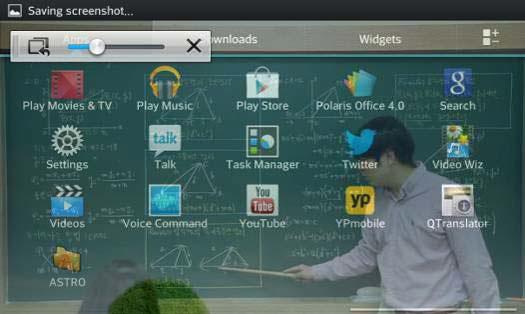 As the name refers, it is something that relates to the word 'slide'. Like the floating video play back option, LG is coming up with something similar to that. Here the 'Q Slide' is a feature that is available in some LG smartphones and what it actually does is, enjoying the videos at the same time you text, browse etc. When you go to the gallery and watch a video, there will be a 'Q Slide' icon showing on the top that looks similar to two squares overlapping. When you touch on it, the video window becomes transparent and will be played in background faded. There is a slider provided on the screen so that the user can adjust the transparency of the video that is being played. Just put the device in landscape mode and you will get the video played in full screen with the slide option available and it is something that really looks good and it really gets the job done.

With the video playing on the background, user can do whatever they want on the device like, browse internet, watch images, text etc. The Q Slide window can just be closed by simply double tapping on it. The Q Slide feature is not only for the video playback. It is available for some other apps too like Music Player. Here the user will get the music widget viewed transparent on the screen in background while doing other things on phone and simply get back to player just by sliding. This is one of the best features that LG have came up with.

Similar to this, they have also introduced something called Q Memo. It is much impressive and can be activated or selected by pressing both the volume keys. This enables you to write down on screen just like you do on some paper and will be visible on the screen. It will also be provided with the overlay button like the Q Slide and selecting it makes the written note on the screen visible even if you navigate to something else on the device. They have introduced these features in devices like LG Optimus G, LG mytouch Q etc. It is sure that they will be making new powerful devices with more of these advanced features in it.

The company LG was a bit dull in the market for some time and now, with all these new features and also with some smart and powerful devices, they are back on track. They are coming up with new and innovative ideas to takedown the technology world and are becoming a good competitor to other tech giants like Samsung and Sony. The Q Slide and Q Memo features have done something in the market in favor of the company and this will make them to come up with new features and devices. New ideas and technologies make the technology world more live and all we need to do is just sit back and wait for it.