Here at Techulator, games are a addiction to most of us. The most active section of TEC is game reviews only. The major section you would find us reviewing as Facebook games, Android games and PC games.

I remember the old gaming consoles we used for get for around $20 which had games on cassettes. They were all horizontal or vertical scrolling games. With PCs and Sony and Microsoft's gaming consoles they soon went out of fashion and so did side scrolling games with them. But these games have found a way to rebound back especially on the mobile platforms.

If you have forgotten the all time famous side scrolling game Mario or Final Fight, enters Crazy Man HD, a side scroll fighter games featuring an old man smashing the faces of the bad guys with punches and kicks.

Crazy Man HD has a graphical representation which looks nice and the old pensioned grandfather fighting his way through doesn't hurt either. When you are short of time or on short of temper, Crazy Man HD is a nice way to put off your time as well as your temper. 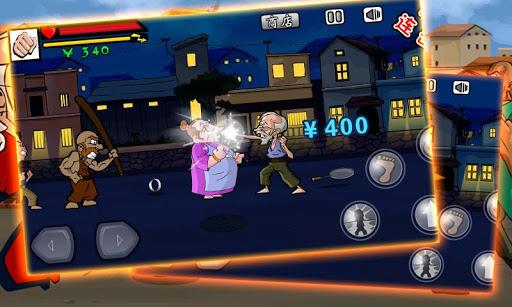 You have 3 basic movements in Crazy Man HD- the punches, kicks and the jump. You also have an assortment of weapons at your disposal when the enemy seems too strong or you just bored of using only two styles. Combos are the basic of winning fights as well as jumping to get on the other side in case you get surrounded by too many enemies.

The characters add a bit of dry comic taste to the game and I certainly appreciate the effort by the developers because the game can become quite monotonous with just punches and kicks. The difficulty level with each game will keep your interest on in the game. 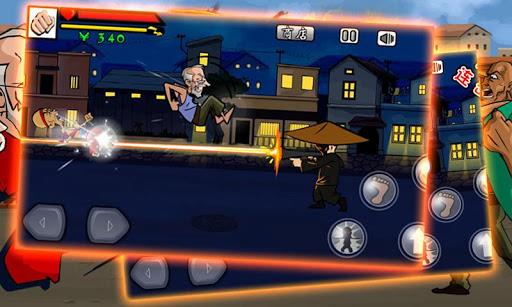 There is no controller support in the game. The graphics and the audio is nice too. Those who are looking for Tekken type fights in a side scrolling game can go ahead and download this game from Google Play for free.

Searching for some nice HD games for your ICS powered Android smartphone or tablet? Your search stops right here! We bring to you the best top 10 HD you can enjoy on your Android 4.0 device.