It seems Indian manufacturer, Videocon mobiles is very keen on launching different range of smartphones. The company has launched its new budget range smartphone called Videocon A24. This latest smartphone runs on Google's latest Android Jelly Bean (v4.2) operating system and it is powered by a 1.2 GHz dual-core processor. Apart from these, there are many other interesting features at its price. With the launch of Videocon A24, the smartphone maker has raised the war among entry-level smartphones in India. Currently, this Videocon A24 is one of the best low priced smartphones among all that are pre-loaded with Jelly bean operating system in India.

Specifications and features of Videocon A24 smartphone

The phone comes with many useful features and specifications. Definitely, it is a good choice for newbies of smartphone. Commenting at the launch of Videocon A24, Mr. Khalid Zamir, Head Product Planning and Development, Videocon Mobile Phones Division said, "The Videocon A24 brings in an easy to use yet efficient smartphone experience to consumers who might be looking for their first smartphone. A simple and intuitive layout engages the consumers with the device and brings to them various vistas which help them to make the most of their Android smartphone experience."

Further he added, "With the Videocon A24 we seek to answer to the needs of young consumers and first-time users, who are looking to migrate from a feature phone and immerse themselves in the exciting world of smartphones. With cutting edge features like the latest Android 4.2.2 operating system, a blazing fast 1.2GHz processor, a versatile 3.2 MP camera and much more, we seek to address these inherent demands of the first time Android users." 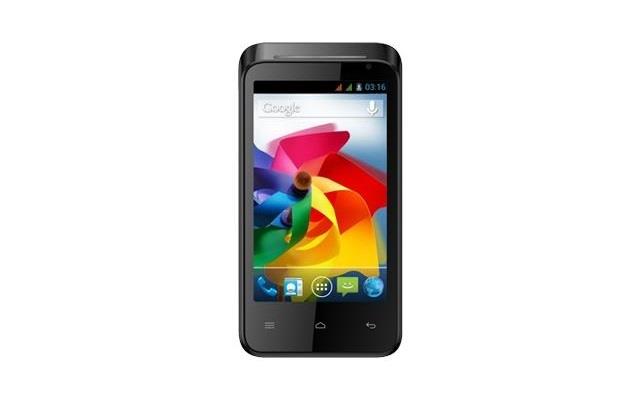 The phone comes with a 4.0 inch screen. The display type is a WVGA Capacitive Touchscreen of resolution 480 x 800 pixels. The form factor type is bar and it measures 123.3x64.3x11.8 mm dimensions. The device looks very elegant in design and more handy. However, there is no information available on its weight and it is 11.8 mm thick.

Videocon A24 flaunts dual SIM capabilities. It also has a support for Dual Standby(GSM + GSM) functionality. So, you can use two sim's in one device. Moving on, the network support will be in the form of GSM for both the SIM's at 900 or 1800 MHz frequency bands. It was announced and launched in the month of July, 2013 in India.

This A24 of Videocon runs on Android 4.2.2 Jelly Bean OS. This is a very good feature at such a low price of Rs. 4699. Under the hood, the device is powered by a dual core processor that clocks at a speed of 1.2 GHz.

The handset houses an internal memory of 512MB that can be increased by up to 32 GB with the help of a microSD card. This low internal capacity could be a disappointment for many people. On the other side, the device also lacks in RAM capacity. It has just a 256MB of RAM, which cannot survive the device from crashes and hang-on's. Keep your chin up, it at least has an external memory support of 32 GB thanks to Videocon.

When it comes to camera, the Videocon A24 boasts of dual cameras. Look at the rear side of the phone, you can see a 3.2-megapixel shooter that supports many features like an LED flash, zoom and more. Also, there is a basic 0.3-megapixel front facing camera that could help users in making video calls. 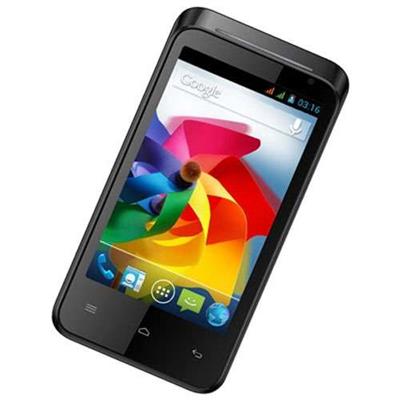 On the connectivity front, the A24 of Videocon comes with many options including WiFi 802.11b/g/n, GSM, GPRS, EDGE, Bluetooth V 2.1 with A2DP support and Micro USB Support. It doesn't have a support for 3G and GPS features.

The additional features of A24 include the built in applications like Times of India, Hungama, Fun Zone and more. It also comes pre-loaded V Store App that aides users to download popular apps like games, Skype, Facebook, WhatsApp etc. There is a G Sensor too.

If you are a music lover, then you could be searching for this feature. For entertainment, there is an inbuilt Media Player that supports MP3, AAC, MPEG4 music formats and supported Video formats are H.263, H.264, 3GP. Also, it has a 3.5mm audio jack and FM Radio with recording.

The phone packs a 1450mAh Li-Ion battery that the company claims, procures up to 4 hours of talktime on single charge. You can't expect a huge battery backup in budget smartphones.

There is a 1 year warranty for Phone provided by the manufacturer.

The Videocon A24 is priced at Rs. 4699. It will be available in two colour variants that are White Chrome and Black. Those who are pleased with its price and specifications can buy it from various Online and Offline retailers.

Some of the highlighting features of Videocon A24 are its decent 3.2-megapixel rear camera, Android 4.2.2 Jelly Bean OS, dual SIM with dual standby support and more. As far as specifications and features of this phone are concerned, the phone is not bad to buy for smartphone beginners. Indeed, it is the good choice for those who want to experience new Android features at low price. So, these are the features, specifications, price and availability of Videocon A24. Hope this would be helpful for you in buying this latest budget smartphone.

Videocon Mobile's next venture has successfully marked the evolution and expansion of its tablet portfolio with the latest release of Videocon VT71 Tablet that runs on the latest Android 4.0 Ice Cream Sandwich Operating System. Take quick look at the post to grab the specifications of the Videocon VT71 Tablet.

Videocon mobiles launched another Android based smartphone, Videocon A27 which has dual-SIM support and that too for just Rs.5999. Here we are providing the features, specifications and price of Videocon A27 in India.

Videocon VT75C Tablet’s full specifications, features, price in India and procedure to buy it online are given below. As voice calling tablets are welcomed by customers in India, more manufacturers are on the way, exhibiting their expertise with their devices. Videocon which entered into the tablet market in December 2012 has unveiled another budget tablet called Videocon VT75C Tablet for the tech enthusiasts.

Videocon launches their new medium price ranged 5-inch A55HD Android smartphone in the Indian market. It offers high quality experience and houses 1.2GHz quad-core processor with dual-SIM. The handset is now available to pre-orders at HomeShop 18 at a lesser price. Read this post to get specifications, features, price, availability and reviews of this Videocon mobile.