Sony Xperia Z Ultra is an Android powered phablet that comes with a big HD touchscreen display. Its processor is very efficient and camera is very powerful. With an outstanding RAM and storage capacity, Sony Xperia Z Ultra is super smooth to execute any task. Due to anti-shatter film and tough tempered glass coat, the phablet is not only scratch and dust resistant, but is also shock and splash resistant. 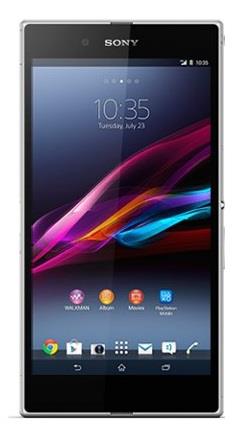 Sony Xperia Z Ultra is light and easy to carry. It weighs around 212 grams with the dimensions 179 x 92 x 6.5. One can choose any of the three available colors:black, white and purple.

Sony Xperia Z Ultra has a 6.4 inch TFT LCD Triluminos display with a screen resolution of 1920 x 1080 pixels and 16M color. It features Accelerometer sensor, Gyro sensor and Proximity sensor. Moreover it has a scratch-resistant glass which is further coated with Shatter proof sheet. The presence of Mobile Bravia Engine 2 enhances the experience of watching videos.


Sony Xperia Z Ultra has a 2 GB RAM and a built-in 16 GB storage which can be expanded up to 64 GB via microSD card.


The phablet is powered by a Li-Ion 3050 mAh battery with Proprietary adapter. It can be charged via microUSB charger connector pin. The battery of the device offers a backup of 110 hours on music and 7 hours on video playback, 14 hours on 2G talk time and a month on 2G standby times. 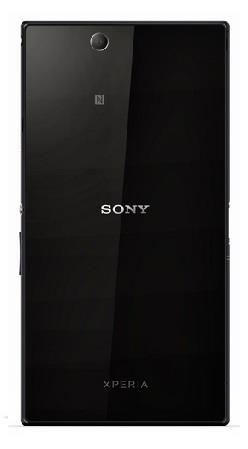 Currently, Sony Xperia Z Ultra phablet is in stock at 6 online shopping websites. Below are the online stores offering the deals of the phablet at varying prices:

Sony's yet another classic and elegant device first in its phablet series. The quad-core makes it run the applications smoothly without any lag. With price tag of 45,000 it could prove itself a competitor to the likes of Samsung galaxy Note series.