Recently I bought Nokia Lumia 520 from Indiatimes.com where I got it at a price of Rs.8850 It was the cheapest deal probably for Lumia 520 at that time and now the rates have risen. Let me share with you my experience with Lumia 520 so that in case you are thinking on buying this smartphone you can make a smart decision. Let's proceed.

There are no second thoughts in my mind that Lumia 520 has a top class body comparable to many high end smartphones. With a 4 inch screen plus the rest of the area takes the total dimension of Lumia 520 to 4.72 x 2.52 x 0.39 inches. With a weight of 124g the phone is light in your hands or in your pocket. 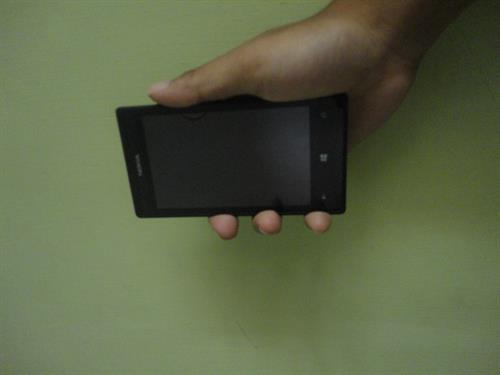 The screen is not fingerprint resistant and you would always feel like cleaning of the screen when the fingerprints become visible in light. It has 3 buttons at the lower area- Back, Windows and Search button. Giving search such a prominent spot on the smartphone feels foolish to me. And further when you consider that the search engine is Bing it further puts you off.
There are other four buttons on the right side- Power/Screen lock button, Volume rocker and the camera button.

The touch is nice though not comparable to that of Apple smartphones or even Galaxy S4. I had a few misses while playing Temple Run on it but the issue is not much glaring and is probably fine for the price you are paying. 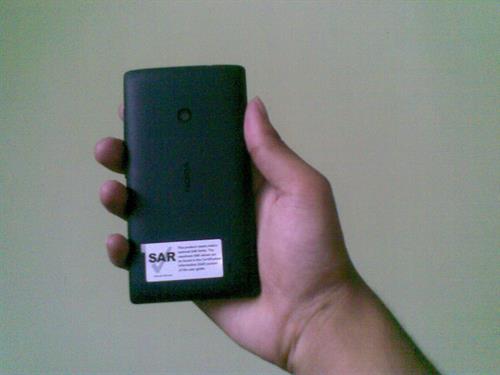 Powered on Qualcomm MSM8227 chipset, Dual-core 1 GHz CPU and Adreno 305 GPU; Lumia 520 shows no lag but does have some problem of crashes. As I mentioned before, the screen failed to record my few touches while playing Temple Run. In fact, some times the screen became completely unresponsive and I had to restart the game.

While watching a movie on BigFlix the movie ran fine until I hit the pause button. After my hitting the pause button, the screen went black which will happen when the screen locks. However, when I tried unlocking the screen there was no response from the smartphone and I had to restart the phone using the Power button. This has been a big put off for me and would recommend Microsoft or Nokia do something about it because if after even giving so much power to the smartphone it is still not working smoothly with just one application, then what's the use of giving it so much hardware power.

In short, you would face no lag on the smartphone, rather the system would completely black out or would become unresponsive even if the app is running like what happened with my while playing Temple Run.

Lumia 520 tends to heat up at the top when running heavy usage data services. Though Windows 8 on Nokia 520 is very nicely customized so that heavy usage services wait for WiFi access to download large files like maps, upload videos or download updates but even on WiFi the heating is there. This was profound when watching movies on BigFlix.

Lumia 520 comes with an amazing internal storage of 8 GB and further you can expand it up to 64 GB with a SD card. You don't get any SD card along with the package so you have to buy one if you require more than 8 GB of storage.

I personally have around 1GB of music which I stored in my Lumia 520, in addition to that Lumia 520 has a preinstalled app named HERE Maps which unlike Google Maps has the option to save the map of any state in Indian or any specific region around the globe. I stored the map of Haryana/Delhi which was around 110MB, the speech system further took 10 MB, the system itself takes 1.9 GB and adding the apps; the total occupied space was around 3 GB which still left considerable space for me. I have also purchased a 8 GB SD card so I don't have to worry about space for a long time.

In addition to in camera storage, you also have SkyDrive storage where you get 7 GB of free space. You can set your phone synchronize your photos, contacts, messages and even videos online. 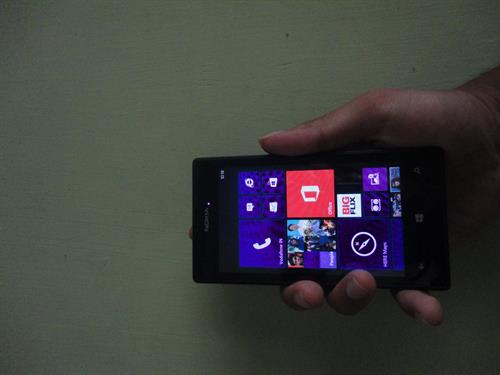 The camera performs as good as is shown in its adverts on television. Lumia 520 has amazing low light imaging and the Smartshoot app makes taking good rememberable images an easy task on this 5 MP camera. Not that it is completely immune to shakes in the images, but it provides some measure to prevent that. For example if you image is shaky, Lumia gives you a suggestion to half hold the camera key so that Lumia is able to focus and avoid shakes. The feature definitely works but also means that it is easy to take still images but you will face problems with moving images.

The camera comes with geo-tagging capability as well the ability to face tag people.

There is no front camera and also Flash is not present which makes is honestly a disappointment.

Video quality is also very good with videos recorded in high quality and clarity. A large timer runs on the video during the recording process. The videos are recorded at 720p@30fps.

I would recommend that you do check out the Windows 8 app market which is filled with apps to offer you a multitude of options in capturing images and videos. Editing, customization or addition of special effects; the large number of free and paid apps make the camera experience an especially enriching one. 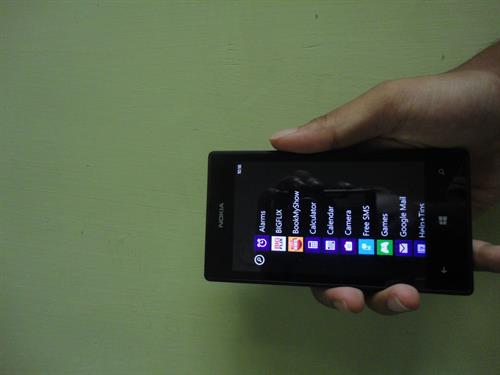 Presently, the app market of Windows 8 is still not developed. Most of the good apps are paid though at a small price. There is of course not as much variety as available with Android app market Google Play but that might change with Windows 8 smartphones ecosystem becoming older. Right now expecting Windows 8 app market to be filled with apps like Google Play or iTunes would be unfair.

I would give Lumia a 5 out of 10 rating. If my budget had been more I would have gone for a Android smartphone which offers much more flexibility and stability. If you do go with Lumia 520 then a great Navigation service, excellent body, Nokia Music with its unlimited music play or download and an amazing camera awaits you but do go through the problems because they too will come with Lumia 520.

Hi Ankit, I liked your frank and honest review of this smartphone, Lumia 520.

I too purchased one a month back and found some good things about it and some bugs in it too (though I am yet to explore all or most of the features of the phone).

The first bug I noticed was, as you detailed above, Temple Run thing. While playing, it took me directly out of the game to home screen. It happened two times. I first thought it might be an issue with RAM, but now I think it could be an issue with OS.

After you are done with making a call, when you happen to hold the phone away from your face, it normally re-enables the calling screen and you can press "End Call" to hang up the call. But, a couple of times it did not show me that screen, and the screen was totally blank and unresponsive. I had no option than waiting for other person to hang up.

One thing I would like to mention about the camera is even though it is a 5 MP camera, still the picture quality is good, and I found it better than some Micromax Android 8 MP phones. But be careful to AVOID ZOOMING IN if possible before you click the picture, as this will lose picture quality and pixelates it.

What I liked about the phone is the beautiful Windows interface, a fantastically smooth scrolling, sturdy yet a light-weight body, a fantastic grip in you palm, and the camera.

How to transfer files from my PC to phone?? When I tried, it disabled "paste" option. Is there any other way to do this?

I am not sure why that is happening with you. I have transferred files previously too and just for confirmation sake tried it again by connecting my 520 with my laptop. I was able to paste a music file in both the phone and the SD card memory.

Please try using the official Windows Phone software which too supports file transfer. It should solve your problem.

Hi Ankit!! Thanks for your kind reply. Sorry, just saw it.

I have windows XP SP3 and I directly connect my phone to pc through USB to micro USB cable that came along as an accessory. I have not installed any software for this.

Which official Windows phone software you are talking about and how to have that installed and used?

Here is the link to it:

I have installed it in Windows 8 on my laptop, not sure whether it will be installed in XP.
The problem presently too might be your XP only. Microsoft has removed all support for it and therefore many of its latest products can't be installed on XP. I have connected my Lumia 520 with Windows 7 as well as Windows 8 and I am having no problem in browsing and transferring files to and from the PC and phone.

I hope it helps!

Hi Ankit!
You are right. The problem seems XP.
I am in no way able to transfer files from PC to phone. It disables paste option after copying files from PC.
The exe file you sent through the link also does not run on my OS.
I am of course still in search of a solution which may work out for me.
Thanks for your kind help.

Glenda,
Nokia Lumia 520 has a proximity sensor near the Nokia logo. So, when your are on a call and you press the phone near your face, the lights shut down. However, normally when you pull the phone away from your face the screen should appear back again.

Try using the lock button when you want to use the phone while in call. It should active your screen again. Please try that and let me know.