Schenker Technologies have released their new laptop Schenker XMG A523 which is known to be world's first system powered by intel's 4th generation Microprocessor. Along with Intel microprocessor the notebook is powered by nVidia GTX 7000 series GPU providing a powerful graphic support. A523 mainly aims for gamer who wish for a high-performance but not a high cost gaming machine. Schenker Technologies is a Germany based company which is one of the Europe's key distributors of notebooks and mobile devices as well as high performance workstations for the business sector.

Their latest notebook XMG A523 is powered by intel's 4th generation microprocessors. They are based on Haswell Architecture. Haswell Architecture, formerly known as Rockwell architecture is developed by intel's Oregon team. She is the successor of ivy Bridge architecture. Announced in 2013 June 4, it is the newest of its kind which make uses of 22nm processing technology. Comparing with its predecessor Ivy Bridge, Haswell has approximately 8% better vector processing performance, Up to 25% performance increase over the integrated HD4000 GPU and efficiency in thread execution as well. But it is around 10°C-15°C hotter than Ivy Bridge which may be a bad call from manufactures side. Coming back to the notebook NVIDIA GeForce GTX 765M makes the notebook perfect for gaming. Let's have a look at it features:

The case
The casing largely resembles that of Schenker XMG A522. Other than the XMG logo, the laptop makes an attractive impression on its case. One of the modifications is found on the wrist rest because it is not rubber-coated as it was in its older predecessors. Case makes use of plastic components to a larger volume which makes a cheap impression at first site. Lid of the laptop is aluminum brushed manner and it with an above average stiffness. But this stiffness doesn't make promising when considering the thickness of the system, because some high-performance all-round laptops are clearly thinner than 44 millimeters. We can look at Samsung's 770Z5E (Radeon HD 8870M) is only about half as thick. But, 4.5 centimeters are normal among high-end laptops. System's dimensions are Width: 374mm, Depth: 250mm Height: 16-42mm and it weighs about 2.7kgs with battery

Core
Schenker offers the higher clocked, 47 watt Core i7 4700MQ (2.4 - 3.4 GHz), Core i7 4800MQ (2.7 - 3.7 GHz) and Core i7 4900MQ (2.8 - 3.8 GHz) models other than the energy-efficient 37 watt Core i7 4702MQ (2.2-3.2 GHz). With its quad core processor using Hyper Threading, Core i7 4700MQ can simultaneously process up to eight threads. The manufacturing process is maintained in 22 nm. But the voltage becomes 47 watts instead of 45 watts resulting in higher heat production. This may be a demerit in its design. The core has 6 MB L3 cache and 1.4 billion transistors. It uses nVidia's Optimus Technology and this helps to decrease its power consumption as low as possible. The HD Graphics 4600 is integrated along with the processor. The processor has intel's Hyper Threading and Turbo Boost Technology and a processing clock speed of 3.4GHz without over clocking. 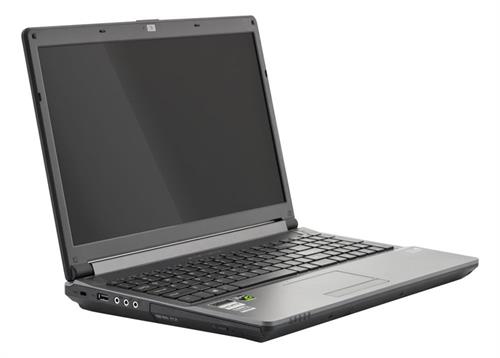 GPU
Schenker notebook has very powerful graphics support. It is powered by nVidia GeForce® GTX 765M GPU along with build-in HD graphic 4600 with its core. It can switches between the dedicated and processor-integrated graphics cards automatically according to the environment by nVidia's Optimus Technology. Optimus Technology is the only technology in the industry with fully automated graphic switching. Whether you're editing a video, surfing the web, or playing a 3D game, NVIDIA Optimus technology selects the perfect balance of performance and battery life. This considerably increases the battery life. Thus XMG A523 has a battery backup of 5hr in normal use. 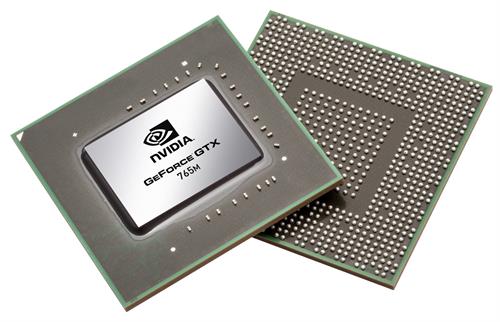 Monitor
Schenker XMG A523 has full HD glossy display with a crazy resolution of 1920 x 1080 pixels. Size of the display is 15.6 inch with accept ratio 16:9 and LED backlit. Along with the graphic support the display provides user an ultimate viewing and gaming experience. But the display suffers from mainly of two problems. Display is susceptible for scratches, which is the main problem and it shines with external light source which make uncomfortable for the user is the second issue. Experts say may be matt finish may solution for the above specified problem.

Input device
Keyboard: A523 uses A-series keyboards without backlights. An average key size of 15 x 15 millimeters is decent for comfortable typing. And it has a stiff keyboard bed. Adapted Keyboard style is known as chocolate design which is agronomic and comfortable to use in most of the conditions.

Touchpad: The touchpad covers an area of 92 x 47 millimeter which is satisfactory and nicely working. Designers slightly lower the mouse replacement for better localization and it support multi-touch. This helps to implement practical gestures like zoom, scroll, rotate perfectly.

Card Reader: It has 9 in 1 Card Reader (MMC/RSMMC/MS/MS Pro/MS Duo/SD/MiniSD/SDHC/SDXC; In addition, A523 has a fingerprint reader, Microphone and a 2.0 megapixel webcam.

Conclusion and review
The XMG A523 characterizes a new generation of notebooks. The fourth generation of Intel ® Core processors, NVIDIA GeForce GTX 765m and 15 inch HD display makes it a good mid-range gaming notebook. If you are a gamer who needs a good gaming system at a comparatively cheaper price, A523 is the best option for you. And if you wish for a stylish one go for Sony, HP or Dell notebooks.