Nokia, the company that made the mobile phones familiar with the common man, now is going through a bit of its hard time. The reason may be the popularity of the famous mobile operating system, Android. Till then they have been working on a solution to take back the good times of the company. And thus they came up with a new one, Windows Phone. And that looks promising for the better future of Nokia. They have also come up with the device that runs on the new OS and they surely rocked the smartphone world and also got fans. The company made the new devices available in all price ranges so that everyone can afford it. Now they are coming up with something grand. They are now taking the Nokia 808 PureView again and mixing it with the latest Windows Phone OS, there you have Nokia Lumia 1020. 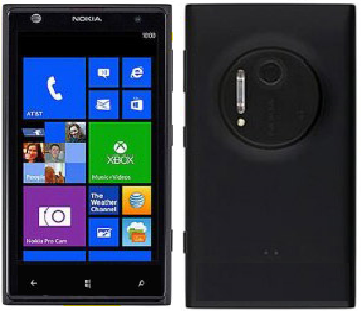 The device is surely a high end one from the first glance itself and the key feature of the device is the camera. They are upgrading the Nokia 808 PureView with the latest Windows Phone 8 and are soon going to hit the market. In this article we will see the features of the upcoming Nokia device that runs on Windows OS with a promising Camera feature.

On talking about the display and design of the latest rumored device from Nokia, the structure reminds us of the usual Nokia Windows smartphones which comes in bar form. From the leaked images and information may look like Nokia 920 and will be having a big screen too. The device is expected to have a big screen of 4.5 inches. The screen size is fairly compared to other high end smartphones but there is no news yet, if they will be featuring any display enhancing technologies in it. Also we don't have any information on the resolution of the screen, whether it is a 720p screen or 1080p. If the screen size is of 4.5 inches, the chance is for 720p one and that is one feature that may draw the device back from the competition.

As we go through the images available, the device will not be having any physical buttons on the left side of the device but will only be provided with a charging port. And the buttons will be moved to the right side, making it easier to access them. It may resemble the Xperia way of arranging the buttons but this is what we are going to get in Nokia Lumia 1020. On the rear, the giant camera which is most probably of 41 megapixels is placed somewhere to the middle of the device, with a slight bulging. The camera features will be discussed further in this article. The device will be coming in 3 colors White, Yellow and Black.

Now let's concentrate on the key feature of the device which is the camera. The Nokia Lumia 1020 is expected to offer a 41 megapixel camera and is also equipped with a lot of features. The user will be able to take images at 5MP and 32MP shots simultaneously and that is promising. The feature called 'oversampling' solves the enormous size of the images captured. This feature enables to reduce the size by adjusting the resolution by combining several pixels to one and results in a high definition image with small size.

The 'oversampling' is just one feature on the list and there are others like optical image stabilization and F2.2 aperture. The device will also be featured with Carl Zeiss lens with a smart sensor and that explains the bulging. These all promises the best image capture features that a smartphone can ever offer and Nokia is bringing them to reality. The camera will be accompanied with the Pro Camera app that comes within the device which enables the user to play around with the focus, shutter speed, white balance etc.

The Nokia Lumia 1020 is expected to be announced on 11th July 2013 and the device may hit AT&T by the end of this month. As the device is still in rumors we can't say anything about its pricing. But the price tag will not be that high that, apart from the camera, what the device has to offer is of a mid-range smartphone that is available now. The exact pricing can only be made when we come to know the full details of the device and as far as we know the device is expected to be priced around Rs.30,000 to Rs.35,000 range.

The device, Nokia Lumia 1020, can be considered as Nokia's one of the main projects this year and can be competitor for the smartphone kings- Samsung and Sony. Till now, we don't have yet confirmed the device from Nokia but the leaked images and some sources from inside make us believe in Nokia Lumia 1020. The device is expected to be announced by the company soon and then we can see the features in detail for sure. All we have to do is just waiting.