Nokia Lumia 925 is a smartphone designed by Nokia and runs on Microsoft's Windows 8 operating OS. Nokia announced it on May 14, 2013 and described it as "new interpretation" of Lumia 920. Rumors reveal that 925 might be released on June 30th, but Nokia released it on 01, July 2013. This smartphone is an amazing device when coming to the hardware used in it. It sizes 4.5 inches diagonally with a larger screen than its previous model, Nokia 920. Not only that, it weighs less than Nokia Lumia 920 with both at 4.5 display screen size. The screen is a PureMotion HD+ ClearBlack AMOLED with the same resolution that is 768 x 1280 to that of 920. 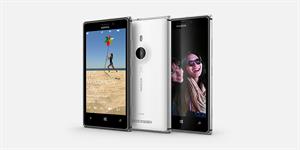 Nokia Lumia 925 has a PPI rating of 334 which suits the eye sight of every individual and compatible with Windows Phone's graphics. It has been embedded with a dual core Qualcomm Snapdragon processor which is clocked at 1.5GHz power display with 1B of RAM. It has been configured with either 16 GB or 32 GB of non-expandable memory storage based on the region. This handset features an 8.7 MP rear facing camera which has the Nokia PureView technology. This camera software in Lumia 925 has been redesigned entirely. The camera shows additional features like autofocus, motion detection face detection and stabilization and a lot of other editing features. The images clicked from its camera shows a resolution of 3264 X 2448 pixels and also records HD videos at 30 fps and offers video stabilization too. Lumia 925 has also been configured with a 1.3 MP front-facing camera used for video calling and for taking close up shots. This front-facing camera also supports HD video recording at 30fps partially. 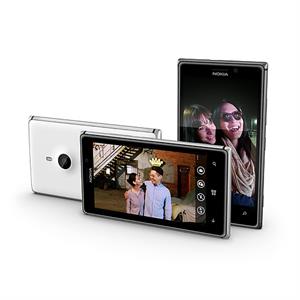 Nokia Lumia 925 has been created with a polycarbonate body, the same material used for making other devices of Lumia series however 925 also has a metal strip around its body with a few other changes in its design when compared to other Lumia series phones. There's a micro SIM slot at the top of the handset to fix 3.5mm headphones jack and USB port. It has a Volume button on the other side and also power or sleep button along with a camera button. It has been integrated with a single speaker at the back of its body. Lumia 925 offers a battery of 2000 mAh of BL-4YW type which has also been used in the entire Lumia series, however Nokia always promises a better autonomy and offers up to 18.3 hours of talk time on 2G networks and up to 12.8 hours on 3G.

Nokia Lumia 925 offers a variety of value added services like Nokia Music for unlimited streaming for free music playlists. Its suite of integrated location and navigation services are HERE Drive+ and HERE Maps. Also, HERE Maps with augmented reality view is available in the Nokia Store for download in the phone. It doesn't surprise but Windows Store lags way when compared to Apple and Android app stores in terms of apps availability for downloads, etc. however, it's doing better with around 140000 apps and really glad to see the apps like Netfix, Spotify, etc. there's an Angry Birds in it too however it's payable for installation. Luima 925 is running on Windows 8 OS and slowly building up an armoury of live tiles for adding to its usual colourful static ones. So users can change different tiles and seek a different views from friends, this message tile indicates the no. of outstanding messages user has and it has a Weather channel to give instant information on climate changes, updates, etc.

Let us have a brief idea about some of the tech features and specifications of this Nokia Lumia 925.

Lumia 925 in the world is the first Nokia smartphone to be equipped with a new Smart Camera which can give 10 shots at a time which can also be edited with the users desired shot by using Best Shot, Action shot and Motion Focus options for creating an image of high quality.

This application has been included as an update called Nokia Lumia Amber and will be present in other Lumia models with Windows Phone 8 OS. In addition to new camera application, this update can also enable FM radio function in the existing models.

This phone complies with NFC and supports Bluetooth v3.1 and micro USB 2.0. The phone also offers a few other features like SNS integration, wireless charging and active noise cancellation. Nokia is offering a 7 GB of Skydrive on cloud storage in this phone. 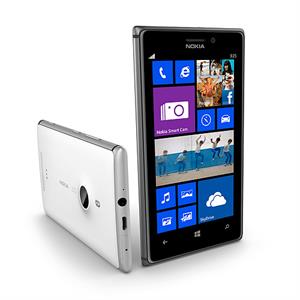 Nokia Lumia 925 has Windows phone and offers no la, hiccups or slowdown in time while using the device. However this phone uses the same Windows 8 features which other devices with same OS even if Nokia has used it. However, Nokia offers a few specific titles pre-installed in the phone. App Highlights, an application which advises titles to be used from Windows Phone Store is present in Nokia as a pre-loaded app however, it works limitedly in this phon. E phone has around 150,000 software titles embedded in it. There's a Here Suite which is pre-installed and offers Here City Lens, Here Drive+ Beta, and Here Maps, apps useful for online and offline navigation. There are maps in it to download and avoid roaming costs while travelling and City Lens is another app which makes easy for discovering places and whatever the camera of the device sees, the same image displays on the screen of the phone automatically.

This device supports Edge/2G (GSM/GPRS), 3G (HSPDA/CDMA), Edge/2G (GSM/GPRS) and 4G (LTE/HSPA+). Lumia 925 has done a great job by picking up an extra bar of signal and making it 4 while iPhone 5 and Samsung Galaxy S4 displayed only three. This has generated higher speeds in that specific location; however, even if the users is not in that the specified location, it still shows the same speed. The data speeds work at the max offered by the carrier at the peak and never came down under 5 MB and indoors 3 MB is the average.

Lumia 925 is the first of Nokia's Lumia phone which used metal in its making, but polycarbonate alone. Though rumors revealed before its release that it would be only metal design, 925 provides both metal and plastic in its making. The dimensions of the device are 129 mm in height, Width is 70.6mm, 8.5mm thickness and weighs around 139 grams to make sure that the device is both slim and light with a beautiful design with no sharp corners on its body.

Nokia Lumia 925 has been integrated with a rear camera of 8.7 MP which is the most amazing feature of the phone with a front facing camera of 1.3 MP used for video calling. It offers a maximum video capturing experience at a resolution of 1080p. That means, this phone is good for the users who like to capture memorable moments of life as it offers better image quality and would attract photography lovers. The camera features many entertaining features like Drama Shot helps to have multiple frames to display an image with a continuous action. It has been provided with an Eraser to remove the unwanted subjects in the image by detecting movement. The camera also has been provided with the advanced features like Video Recording, Burst Mode, Autofocus, Front Facing camera, Image stabilization, Dual Camera recording, Panorama, Rear Facing Camera, Digital Zoom, Sound and shot and an LED Flash.

Nokia Lumia 925 offers 16GB of inbuilt storage and is low when compared to Lumia 920 which offers 32 GB. There's 32 GB too however available only in UK and few other parts of Europe. Users who need to have 32 GB will have to sign up a contract with carriers like Vodafone or buy this phone at a full cost without making use of price plan.

1 year manufacturer warranty for Phone and 6 months warranty for in the box accessories. Price of the phone has not yet been announced. It can order online from Nokia stores or online stores like flipkart, amazon, etc. you can buy it from local mobile show rooms or mobile or electronics sections in the malls.

Review of features and specifications of Nokia Lumia 925

Nokia Lumia 925- Show your creativity with its camera

With the development of new technology, there comes the advancement in the devices of the users. In this context, Nokia has used Pureview technology to capture clear and brighter images.