Haunted Legends: The Curse of Vox is a very fervor and a dramatic game with a well set storyline. As you move on from one level to another, you will discover new details and unfold secrets of the game. Even though the story itself is not really unique, but it is nice to follow. The Haunted legends features an angry dwarf man who makes quite a lot of appearances throughout the game to lead you forward with a curse. The Curse of Vox is about murder. A rich man is mysteriously killed in his family's mansion and his sister calls you in, to find out who did it. You start from a mansion to a village, a medieval castle, an astronomer's lab, a train, and other insubstantial places in order to solve the murder case. 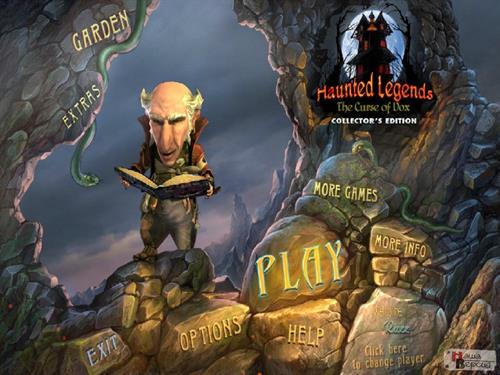 The game does not challenge your intelligence but there are some interesting factors. For instance, the game features a Ghost Diary that lets you track down the activity of poltergeist which makes noises and causes disruption, especially by causing physical objects to move or fly. When you see a poltergeist, you have to click on it and then an important document on the journal opens. Once you have found all the poltergeist you will unlock upgraded hint which will load faster. The Curse of Vox includes another special feature- the Amulet where you can collect the amulet stones and use them to clear off obstacles on your way.

Moreover, there is also a Flower Garden where you can collect flower seeds, plant them, water them and sell them - you can also buy new seeds from the shop if you wish. This part of the game is not really related to the game but it is surely fun. There are also achievements you can earn which will reward you with new flower seeds. A useful travel map is also included in the game to guide your routes throughout. 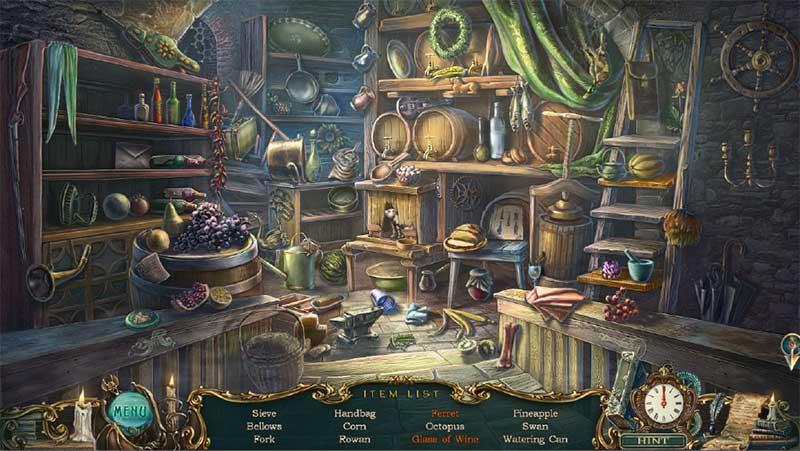 The graphics in the Crux of Vox are simply stunning but most of the scenes are on the dark side and are less creative. But these are well defined without any blurriness. In addition, all the characters are well drawn as well as voiced. There are hidden object scenes which create variation in the game and prevent the game from getting boring. The puzzles are entertaining but are on the easy side and lack uniqueness. The dialog is quite stiff but texts appearing on the screen are filled with grammatical errors.

The game's other plus points include a strategy guide, wallpapers, screensavers, the graphics, and the ability to replay the game's mini-games, videos and hidden object scenes. The total game length is of around 3 hours for advanced players. The Curse of Vox is not a challenging game as all the tasks are pretty easy to complete but with all the special features included in the game, it is more of a engaging game. Overall, Haunted Legends: The Curse of Vox is a fantastic game with loads of extra fun to spice up the easy gameplay.

Read Untold History: Descendant of the Sun gameplay, review and tips to play