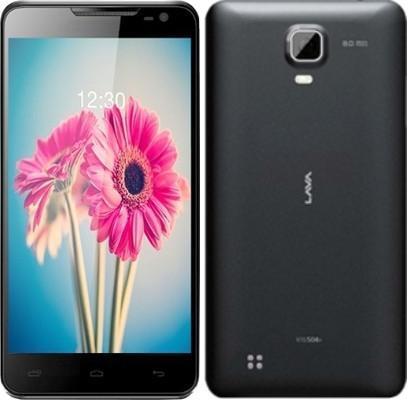 Lava International Limited is one of the most prominent manufacturers of smartphones in India. The smartphones manufactured by Lava not only compete with the indigenous manufacturers like Micromax and Karbonn but also give a cut throat competition to multinational smartphone makers like Samsung and others. Like most Indian manufacturers, the aim to Lava International is to make available quality smartphones at affordable prices. The newly launched smartphone Lava Iris 504Q meets all these parameters. It has been made available for pre-bookings at online stores at a very affordable price of Rs.13,499. This smartphones beats others like Micromax Canvas 2 Plus, Micromax Canvas HD, Karbonn Titanium S5, Zen Ultrafone 701HD and Samsung Galaxy Grand in certain of its features. It beats these phones especially in features like its slimness, its HD display with OGS technology, its superior resolution of 1280 x 720 pixels, and its pixel density of 294 ppi, the BSI sensor of its camera, its gesture controls and provision of free flip cover. Let us review and discuss features, specifications, price and availability of this smartphone in India.

The display size of Iris 504Q from Lava International Limited is 5.0 inches, which has become a standard size for most of the phones with a large display. The display type of this smartphone is TFT LCD touchscreen with 16M colours. The special feature of the display of this phone is the use of OGS (One Glass Solution) technology. This technology does away with the space between the display and the touchscreen. As such, the OGS technology allows the user to directly touch what is on the screen. The screen resolution is HD 1280 x 720 pixels with IPS display. It offers you better viewing angles, clarity and superb colours. The pixel density of 294 ppi, which compares well with the 294 ppi of Micromax Canvas HD and is much better than the 187 ppi of Samsung Galaxy Grand, makes this smartphone to give vividly clear pictures.

The menu screen of this smartphone has usual 4 tabs like Main, Apps, Games and Widgets. If you swipe down the home screen, it makes the notification bar visible. When you swipe up with your two fingers, you can find the settings panel for Wi-Fi, Bluetooth, auto-rotation toggles etc. It is similar to a feature seen on Nexus devices. The gesture controls is the unique feature introduced by Lava on a budget phone like this one. Lava has done this taking a cue perhaps from Samsung Galaxy S4. You have just to swipe your hand across the screen even without touching the screen, to browse the picture gallery or for changing the tracks. You can play usual games like Temple Run 2 without any difficulty. It is also compatible to play games like Modern Combat 2, Dead Trigger and Shadowgun. However, the frame rates are not very great, but justify the price of a budget phone as it is. On the AnTuTu benchmark, the device has scored 12,964 mark, which is quite good for a budget Android set with a quad core processor.

Iris 504Q has a 4 GB ROM of which, more than 2 GB is available for the user. The microSD card slot in this smartphone allows the memory to be expanded up to 32 GB. The 1 GB RAM of this phone combined with the power of 1.2 GHz quad core CPU and 4 GB ROM, makes the multi-tasking quite easy and playing of video games a pleasing experience.

We have an 8 MP primary camera at the rear in this smartphone. This camera has features like autofocus, LED flash, BSI, zoom, face detection, panorama shot, HDR and beauty mode. The camera also recognises gestures and clicks photos when you swipe your hand near the proximity sensor. This can be annoying at times. You may be wanting to access camera settings and it starts clicking photos. So, it is advisable to turn off the gesture recognition feature if you don't want to let it happen. The smartphone has the HD video recording capability at 1080p @ 30 fps. BSI is a back illuminated sensor for the camera of this phone that increases the light captured enabling user to shoot bright and amazing pictures even in the low-light conditions. In fact, this is the special feature of this camera, which is not available in some popular smartphones in this category. There is a front facing 2 MP secondary camera to allow to indulge into endless video chats with your friends and relations.

This phone from Lava International is provided with A-GPS facility for navigation. There is a Java support as well.

The smartphone has an FM radio for entertainment. The ringtones supported by this smartphone are 64 Polyphonic, MP3, WAV, AMR and AAC.

Lava Iris 504Q is equipped with a Li-Po 2000 mAh battery. This battery is powerful enough to give it a talk time of up to 15 hours and 30 minutes for audio calling over 2G when making use of dual SIM. The talk time for audio calling over 3G is up to 11 hours and 30 minutes. The video calling over 3G time is up to 2 hours and 40 minutes under dual SIM conditions. The battery is capable of giving standby time of up to 230 hours. You can continuously browse up to 8 hours. The continuous video can be played up to 7 hours with this battery.

The sales package box includes a handset, battery, headset, data cable, screen guard, charger, back cover, flip cover, OTG cable. The warrant provided by the manufacturer is for 1 year on the phone.

The manufacturer has announced a price of Rs.13,499 while launching this smartphone on June 25, 2013. According to the company press note, the smartphone will be available on online stores like Flipkart.com, Snapdeal.com, Infibeam.com, Tradus.com, Saholic.com and Indiatimes Shopping. Flipkart also gives an extra 8% discount on mobile phones.

Lava Iris 504Q possesses certain unique features not usually available in budget Android smartphone. The smartphone has HD display with edge-to-edge OGS (On Glass Screen) technology. With a thickness of 8.4 mm it is undoubtedly the slimmest and sleekest smartphone among similar budget smartphones in this category. Its gestures control feature is a novelty in this type of smartphones. The smartphone is offered a flip cover inside the box. Of course, the glass is not scratch resistant and the users are required to buy good quality a screen protection to overcome this shortcoming. On the whole, Lava Iris 504Q is an excellent choice for the quality and the price at which it is offered.

Thanks for this excellent review of this phone. This was helpful indeed and I I got my new iris 504q phone. Thanks again