Sony is one of the popular brands in world. This reputed company has provided a variety of high quality electronic appliances and gadgets to its customers. Sony is well known for its trendy smart devices. It seems Sony Mobiles is very keen on expanding its Xperia series of phones. Now, the latest addition is Sony Xperia C. Sony Mobiles unveiled its Xperia C smartphone at the Mobile Asia Expo. Earlier this year, the company launched Sony Xperia Z which is water and dust resistant and Sony Xperia ZL.

Let us take a quick look at the features, specifications and price of Sony Xperia C in the following paragraphs.

Display and Design: The Sony Xperia C features a 5.0-inch qHD display screen with a resolution of 960x540 pixels. The display type is TFT. The phone has 16M supporting colors and offers excellent visibility at different viewing angles. The form factor of the device is bar type. It weighs 153 g and has dimensions of 141.5x74.15x8.88 mm. There is a LED notification light below the display screen. 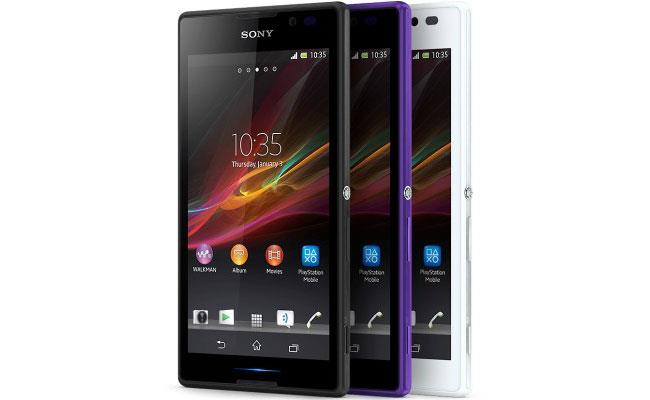 Operating system and Processor: The Sony Xperia C smartphone runs on Android 4.1 (Jelly Bean) OS. Under the hood, the handset is powered by a MediaTek MT6589 quad-core processor that is clocked at 1.2 GHz. It offers smooth processing.

Camera: The Xperia C boasts of an 8-megapixel rear camera with Exmor R sensor. It can capture images with a resolution of 3264x2448 pixels. Also, it comes with Zoom and Flash options. The rear shooter can also record videos at 1080p. The smartphone sports a 0.3-megapixel front facing camera which allows users to make video calls. I personally feel that Sony could have provided a better front facing camera. However, caging images using the rear snapper could be a treat for buyers.

Memory and storage: The Xperia C has 1GB RAM and 4GB of internal memory which can be expanded up to 32GB through microSD card. This is ample storage and users can store a lot of games, apps, personal files and songs.

Messaging and Media: Messaging through this device can be done via SMS, MMS, and email. The media options offered by this handset include FM Radio, 3.5mm Headphone Jack, Ringtones, Audio and Video Playback.

Connectivity: Users can access internet using GPRS, EDGE, 3G or Wi-Fi. For connectivity, the Sony Xperia C offers few features that include Bluetooth, MHL, DLNA and USB. It also has the support for GPS functionality.

Battery: The precise battery mAh of this phone is not yet known. According to some sources, it has STAMINA mode. It gives a standby time of 588 hours and talk time of 844 minutes.

Till date, there is no official word on the price of Sony Xperia C. It will soon go on sale throughout the world. It will be available in three colors: black, white and purple.

Are you looking for a mid-range smartphone from Sony? Well, Sony Xperia C is here. In this article we will see the detailed review, features and complete specifications of Xperia C. Read more to find pros and cons and even the price and availability of mid-range Android based smartphone from Sony.