The company claims that the MI-515 is the first smartphone with 5-inch screen that falls under Rs. 10,000. Also, it is one of the cheapest quad-core processor powered phones.

Are you excited to know more about Spice Coolpad MI-515? If yes, then let us take a quick look over its specifications, features, price and availability in India. 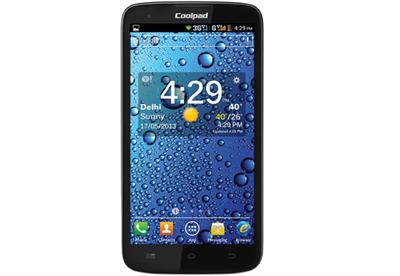 Design and Display: The handset comes with a 5-inch capacitive touch screen. It has a resolution of only 960x540 pixels, which is a disappointing factor. The phone looks very slim with a thickness of 9.9mm only and weighs 161 grams. So, it is very comfortable to carry. Menu, Home and Back are three capacitive buttons below the front side. On the right side of the phone, you can see volume rockers.

Memory and storage: Coming to memory capabilities, the Spice Coolpad Mi-515 houses an internal memory of 4 GB which can be further expanded up to 32GB via microSD card. Moving on, the phone is equipped with 1GB of RAM which offers crash-free multi-tasking. Using the available memory, you can store a lot of apps, games, songs and other files.

Operating System and Processor: The Spice Coolpad Mi-515 runs on Google's Android 4.1 (Jelly Bean) OS. Under the hood, it is equipped with a quad-core processor clocked at 1.2GHz. So, the performance of the device should be sans hiccups. 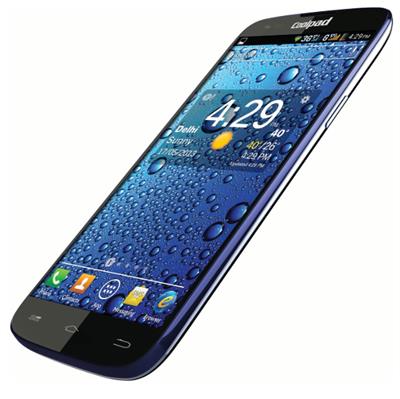 Connectivity: The connectivity features are very important in any smart device. For connectivity purpose, Spice Coolpad Mi-515 has a lot of features including 3G HSPA+, Wi-Fi 802.11 b/g/n, Bluetooth 3.0 and A2DP. It also supports GPS and A-GPS.

Camera features: The phablet features a 5 -megapixel auto-focus camera with LED flash at the rear. To make video calls, there is a 0.3MP (VGA) shooter in the front. I personally feel that the company could have provided atleast a 2MP front-facing camera.

Sensors and other features: The Spice Coolpad Mi-515 sports a couple of sensors including accelerometer, proximity sensor and ambient light sensor. A 3.5mm audio jack and FM Radio are also present. The company claims that the audio output is great. The audio quality is high due to the DTS sound technology.

Battery features: The all-new Spice phablet comes with a 2000 mAh Li-Ion battery. It is expected to provide a decent battery backup. There is no official word on its battery strength.


The Spice Coolpad Mi-515 smartphone comes at a price of Rs. 9,990. If you are happy with its features and price, then you can grab it through all major retail stores across the country. You can also shop it online at Saholic.


With these solid specifications, the Coolpad Mi-515 can be considered as a fairly good mid-range smartphone. I would say that it will surely give rigid competition to other mid-range smartphones with quad-core processors. The major competitors include Karbonn Titanium S1 and Intex Aqua Wonder. If you are seeking an affordable quad-core processor powered smartphone, then it is highly recommended for you. You can also take a look at other latest quad-core smartphones like Lava Iris 504q and Lemon A4.

What do you think about this latest mid-range smartphone? Are you going to buy the new Spice Coolpad Mi-515 phablet?

Micromax Canvas 4 A117 and Spice Pinnacle FHD Android smartphones are likely to release in market with almost identical specifications and features but at different prices. Both 5 inch devices come with quad-core processor and up to 32GB of onboard storage. This post covers comparison of specifications and features of these two Android smartphones.