This PC game was recently launched on May 23. This is specially developed for those gamers who always dreamt of creating their own game. In this game, you play as a businessman who wants to launch his game in the market. It is published and developed by Greenheart Games which is popular for its small flash games like motorbike and cricket. Hundreds of Windows games were launched this year. This game also runs on Windows operating system. In this easy-to-play game, player tries to collect more and more research points. If you are looking forward to play it, then read our detailed review of this game. 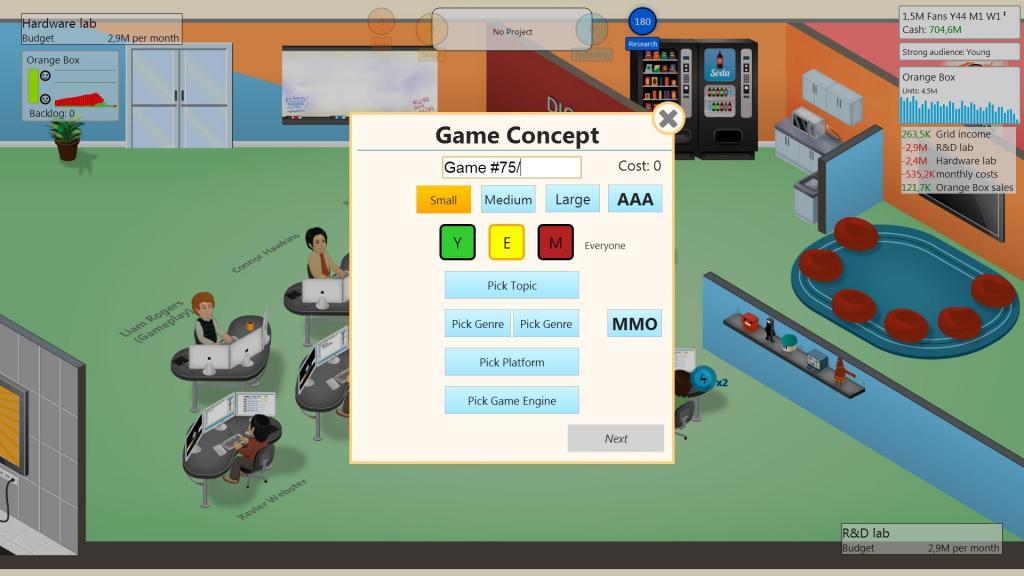 Category: The developers of the game have put it under 'Adventurous' category as it involves a lot of adventure and fun.

Size: The size of the game is around 133 MB. It can be downloaded for free from the official website of Greenheart Games.

Minimum System requirements: This game runs only on Windows 7, Vista and Top 5 Best Action and Adventure games on Windows 8- Play them now!