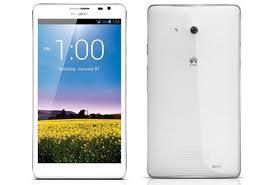 By introducing their new Ascend Mate handset in Indian market, Huawei offered a small pocket sized cinema to its customers. The company has designed this device so as to offer features like multiple entertaining which includes Quick Power Control (QPC), fast sharing technology as well as Automated Discontinuous Reception (ADRX) battery efficiency technology. It offers perfect cinematic and gaming experience for the users and that is why the device is termed as the perfect "pocket cinema" device.

While launching this smartphone handset, Victor Shanxin, the President of Huawei Devices in India said "We are extremely thrilled to introduce the device in Indian market. The Huawei Ascend Mate breaks all barricades to deliver a super charged entertainment, communication and creative experience for all personal and professional needs".

It boasts of 6.1 inches Higher Definition IPS+ LCD screen with 1,280 x 720 pixels screen resolution with 'Magic Touch' feature to enhance screen responsiveness even with gloves. With the highest screen-to body ratio of 73% in the smartphone industry, the Ascend mate enhances user's viewing experience while they check their emails, read documents and play games on its large display screen.

Running on Android 4.1 Jelly Bean operating system, it is powered up by Intel's XMM6260 quad-core Hi-Silicon K3V2 processor, clocking at a speed of 1.5 GHz. The device is configured with a RAM of 2GB and its external memory is expandable up to 32GB using flash memory card.

The device features two cameras – first one is of 8.0 MP AF rear facing HDR which is capable of features like 1080p video recording and playback as well. And the second one is a 1.0 MP front facing HD camera which provides snap shooting and video chat features. It also offers dual MIC noise reduction technology as well as Dolby® sound system recording and that too in stereo format.

It is compatibility with multi audio formats including MPEG4, AAC+, AVI, mp3, Enhanced AAD as well as reading and editing of MS Office and Adobe doc. Via WPS Office.

It supports five frequency bands, which offers global roaming functionality and makes this device very useful for users who need to travel through different countries. The device has dual antenna which supports higher data transmission and it is optimized with maximum ratio combining method. Due to this technology, the network coverage and reception is being extended by near about 20% to 30%.

This smartphone is loaded with a 4050 mAh battery, which is capable to provide users up to two days of power backup on a single charge. With the fastest battery charging capability, it is claimed to save over 30% of battery charging time. You will also find pre-installed Dungeon hunter 3 games on device.

It will be available in pure white and crystal black colors and will be priced at Rs 24,900 in Indian market. For buying the device, you can follow online stores like Infibeam, FlipKart, Snapdeal and modern traders like Ezone, Croma, IT and multi-brand mobile stores in India.

Just like Lumia 920 smartphone from Nokia, which can offer touch-screen feature even with hand gloves on, the Huawei Phablet also has the same feature. With such a powerful processor and strong battery backup, this device is capable to compete with Samsung's Galaxy Mega 6.3. The device is expected to get high positive response from Indian market just because it has one of the best cinematic and gaming features. Its global roaming functionality is an advantage for the business customers who need to travel abroad for most of the times. In other words, it can be said that it is a large sized phablet, which caters to the businesses, gamers as well as entertainment loving people.

Are you thinking of buying Huawei Ascend Mate recently released into the Indian market at a price of Rs.24,900? The smartphone has been termed as a cinematic wonder with its large display of 6.1 inches and high end features. Read this article to know about the review, features, specifications, price deals and availability in India of Huawei Ascend Mate.