ASUS is a leading company that builds quality products catering across the world. ASUS is always a step ahead in the field of technology. The new and fascinating technology that has been releasing from ASUS, has made the people give their value for this company. Now it is time for ASUS to perform a little differently. The company has now announced the new line-up to the famous transformer like slates which are running Windows 8 and Windows RT as its user interfacing Operating System. It is nothing other than ASUS Tablet 810 and ASUS tablet 600. The thing that makes these tablets on the list of Transformer like slates is that they are convertible. Although it comes with the same concept as the Transformers, its large screen and the power-ups are perfect to those who need some extra muscle. It comes under the ultrabook session because it is loaded by Intel powered processor with full Windows 8 installed. But the 600 is an ARM based tablet running Windows RT. 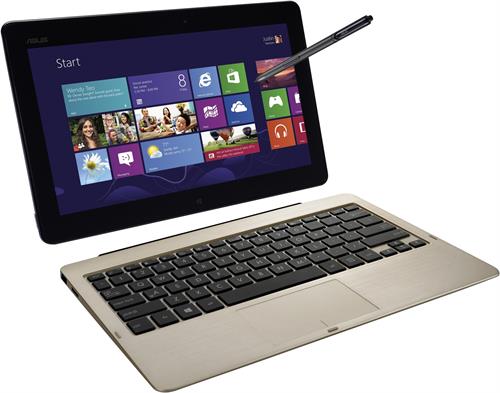 ASUS has presented tablet 810 as a convertible notebook, that the user can experience as a multimedia tablet and as a conventional notebook. Its specs and features are too good to be a ultrabook as well as a tablet. As we know ASUS Tablet 810 delivers an optional keyboard docking system which enables you to convert your tablet into a fine notebook. ASUS Tablet 810 is a pretty thin gadget that measures just 8.7 mm and about 0.34 inches thick. The main feature of this product is that it is not powered by the usual 32-bit ARM processor, but it comes with the latest 3rd generation Intel iCore processor. It is loaded with the latest Windows 8 which makes it even more powerful. The next cool feature will be its convertibility, the ASUS tablet 810 can be completely converted completely to a normal tablet by detaching the screen from the keyboard.

While considering the display of the ASUS Tablet 810, it is pretty much ahead for a random user could ever imagine. It comes with a screen size of 11.6 inch, which makes the tablet to a bigger notebook. The screen is capacitive multi touch, loaded with In-Plane Switching(IPS) Technology and features Wacom dual digitizer. The latest IPS technology enables the user to get more accurate and clear colours from almost all viewing angles. The display of ASUS Tablet 810 has a fantastic screen resolution of 1366X768 which is explicitly HD. ASUS Tablet 810 has a stunning Backlit LCD display, which is enriched in the sharpness and clarity of the images that the screen illuminates. ASUS Tablet 810 supports input of both finger and digital pen. Thus, totally there exists three input methods- use the digital pen to draw, move mouse cursor using finger touch in mouse pad and use your fingers directly into the screen like operating a tablet.

ASUS Tablet 810 has both Bluetooth 4.0 and Wi-Fi in addition to NFC and OTA sync for wireless connectivity.

Other physical features of ASUS Tablet 810


ASUS Transformer Book has really cool specs got out there.


The promising USB 3.0 makes the ASUS Tablet 810 device to be lightning fast during the data transfer. The USB port is on the right along with micro HDMI port and on the left side there is the volume rocker. It has two speakers on the screen itself for the tablet mode and extra two speakers on the either side of the keyboard for the notebook mode. The four speakers in total will give an amazing sound effect. To reduce the tab heat it's positively riddled with air vents.

With Intel Atom processor inside we can't expect a long battery life like the Transformer Prime and Transformer Book, which are the most successful previous designs of ASUS. Even if it comes with 2 batteries, one on the screen and other on the main body, the battery does exceed 19 hrs of battery life which is large enough for a notebook to standby.

Price and availability of ASUS Tablet 810

The next thing is the price tag of ASUS Tablet 810. With all these big features and huge specifications, ASUS has not let down on the price too. ASUS Vivotab 810 is available at a price of $ 1,099.00. And will be in the range of about $1000 or more. Although it is more expensive, it promises some extra cool features like convertibility, Ivy Bridge engine, windows 8 etc that which we can't refuse.

Overall, we can say that it is the best answer to all our Windows 8 tablet dreams. Not only it being an Ultrabook, but it will be the future of mobile computing. You guys ever dreamed of getting Windows 8 to your ASUS Tablet 810? ASUS Tablet 810 comes with the Intel chipsets loaded which makes it a perfect ultrabook. And now from all these we can say that it is the perfect hybrid utility out there for those who want all the goodness of a laptop and a tablet. The tablet is already available in the market along with the release of Windows 8.