Mobile manufacturer, Lava international has launched its latest smartphone, Lava Iris 504q on June 15, 2013. Lava has been expanding its Iris series of phones, with the Iris 504q being the latest addition. It seems the small companies are trying to compete with the South Korean giant Samsung.

Lava Iris 504q is a quad-core smartphone that sports gesture based features. The phone also flaunts many other solid specifications along with amusing features. said by Lava International co-founder and Director, Hari Om Rai.

Let us have a glance over its features, specs, price and availability. What are you waiting for? Shall we? 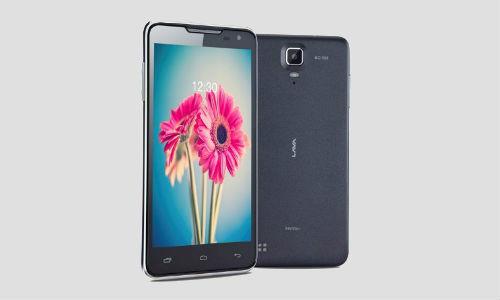 Design and build: The Lava Iris 504q has an elegant design. It is 8.4 mm thick and weighs 140 grams. Check out the front, you could see nothing, but the screen and three capacitive buttons below it, that are Menu, Home and Back. The back has quite pretty finishing with rubberised plastic cover, which gives an excellent look and feels easy to carry.

On the left side of the phone, you can see the volume rockers, while the right side of the phone has the lock button. Whe you look at top, all of the ports are there, including the 3.5 mm earphone jack and the microUSB port.

Display: The smartphone comes with a big 5-inch screen with OGS technology. The display type is HD IPS display. The resolution of the phone is 1280 x 720 pixels, which is most common in the recent mobiles. These are some of the useful features, which could deliver a bright and clear view for the users.

Operating system and Processor: The Lava Iris 504q runs on Google's latest OS Android v4.2, Jelly Bean OS, which offers smooth processing of the system. Under the hood, it is equipped with a quad-core MediaTek MT6589 processor clocked at 1.2GHz.

Camera and video: Coming to camera capabilities, the primary camera of Iris 504q is of 8 megapixels, which can be seen at the back. The camera sports features like LED Flash and BSI sensor. Moving on, observe the front, there is a 2MP front-facing camera that allows users to make video calls. The camera of this handest offers you to record videos at 1080p with playback.

Connectivity: The connectivity features plays a vital role in any smart device. For connectivity, the phone has a support to both 2G and 3G networks. Further, the all-new smartphone sports extra features like, Wi-Fi up to the n band, Bluetooth 4.0 and also has a support for USB on-the-go (OTG). Also, the device flaunts dual SIM capabilities.

Sensors: Lava Iris 504q comes bundled with an array of sensors, they are G Sensor, Motion sensor, and Proximity sensor.

Other features: The interesting thing about this phone is its gesture motion features. Using which, you can interact with the device with just a swipe of the hand in the air. The gesture controls allows you to do many things in a simple manner. The users can utilize this feature for capturing images, shuffling tracks on the music player and video player, tuning FM channels and browsing entertainment gallery on the smartphone. Also, the phones comes pre-loaded with Opera web browser,and Modern Combat game from gameloft. On the other hand, Lava has tied-up with Hungama to fuse Hungama's Music Application inside the device.

Memory and storage: Lava Iris 504q houses an internal memory of 4GB out of which 2GB is user available. However, it can be expandable up to 32 GB using a microSD card. It also has 1GB of RAM, which quiet ample for your multitasking needs. As it comes with Google's Playstore, so you can download and store lots of Apps, games and e-books, using this memory.

The Lava Iris 504q has been priced at Rs. 13,499 and also comes with an intelligent flip cover. If you are happy with those features at this decent price, then you should wait till the 4th week of June. It would be available through various retail outlets across the country.

To give a personal verdict, Lava Iris 504q is not a bad phone at its price. However, there persists some concerns over its battery life especially. It can easily be recommended to one who's seeking for a
decent budget dual-SIM smartphone. The price, gesture motion controls and more could lure the users to buy it. What's your opinion on this new decent smartphone, folks? Have it through comments below.

Are you thinking of buying a smartphone with excellent features at an affordable price of around Rs.13,500? Your wait for this type of smartphone is over. Lava International made its new smartphone Lava Iris 504Q available for sale at a pre-booking price of Rs.13,499 on several online stores like Flipkart, Snapdeal, Infibeam, Tradus, Saholic and Indiatimesshopping. Read this article for review, features, specifications, price and availability in India of Lava Iris 504Q.