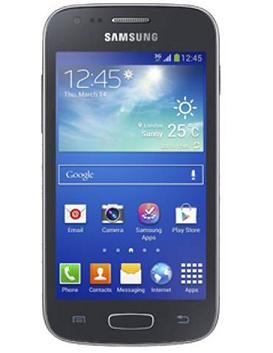 Samsung Galaxy Ace 3 has been announced by Samsung on June 10. Samsung Electronics Co., Ltd. is a South Korean technological giant. It has achieved a distinction of being the world's largest manufacturer of smartphones. It has been bringing sensational news time and again, announcing new smartphones with innovative technology in all the price segments. Samsung has created a niche in the world of electronics by manufacturing a diversity of products like televisions, smartphones, personal computers, printers, cameras, home appliances, LTE systems, medical devices, semiconductors and LED solutions.

The company employs over 2.36 lakh people across 49 countries of the world. The company has an annual turn over US$187.8 billion. Its most popular brand in smartphones is Galaxy. Samsung Galaxy Ace 3 is the latest addition to this Galaxy family. Although, there is no official confirmation about the price of Samsung Galaxy Ace 3, but it is likely to be the company's low cost smartphone with some of the best smartphone features like latest Android software, dual core processor, 1 GB RAM and 5 MP camera with features like Sound & Shot, Best Shot and Best Photo. Let us now discuss the features and specifications of Samsung Galaxy Ace 3, which will be available in 3G and LTE versions.

All models of this smartphone have a display size of 4.0 inches. The display type is TFT LCD multi touch screen with 16M colours. The screen resolution is WVGA 480 x 800 pixels. The pixel density of the display of this phone is 233 ppi. These are some of the best features for bright and clear display, the buyers can enjoy in similarly priced phones.

The supported ringtone alerts for this phone are vibration, MP3, WAV ringtones. It has a loudspeaker. It is also provided with a 3.5 mm ear jack. There is a music player with sound alive.

The main rear camera of the smartphone is of 5 mega pixels with LED flash. The images can be shot at a resolution of up to 2592x1944 pixels. The camera has features like autofocus, geotagging, face and smile detection, Sound & Shot, Best Shot and Best Photo. There is also a front facing VGA camera for video calling. The camera of this phone can record videos at 720p @30fps.

The messaging is supported through SMS (threaded view), MMS, Email, Push Email and IM. The supported browser for this smartphone is HTML5. Galaxy Ace is equipped with an FM radio with RDS.

GPS support in this phone is A-GPS and GLONASS. Java is supported via Java MIDP emulator. The phone is available only in black colour.

Galaxy Ace 3 is equipped with a standard Li-Ion 1500 mAh battery. The standard battery in the LTE version of this smartphone is Li-Ion 1800 mAh.

The price of Samsung Galaxy Ace has not been officially announced by Samsung so far. Some price comparison websites like www.mobiles.pricedekho.com and www/mobiles.sulekha.com have indicated the approximate price at Rs 8,529, but we cannot be sure of this price unless this is officially confirmed by Samsung. The same websites have also given the option for price alerts which can be set by the buyers giving their email id. The smartphone is likely to be available very soon at several online mobile stores.

Samsung Galaxy Ace Plus is now available in India at Rs. 18,150

Today, Samsung launched Galaxy Ace Plus in the Indian market with a price range of Rs 18,150. Till now, Galaxy Ace Plus was available only online through several ecommerce websites. Galaxy Ace Plus is the successor of Galaxy Ace which is already very successful in Indian Market. Here you can get the features and specifications of this newly launched smartphone.

When is it releasing in India?