There is good news for the Sony fans. Sony have just added another device to the Xperia series, which is Xperia M. And the good thing is that, this is purely a mid-ranged one. After the success of the high-end smartphone, Xperia Z, which claims to be the best of Sony in smartphones, they have gone for mid-ranged one. The new device is really power packed and comes with a low price tag. Let's see the detailed review of the Xperia M, which is the latest from Sony. The device actually comes in two variants, which one is equipped with dual SIM ability. 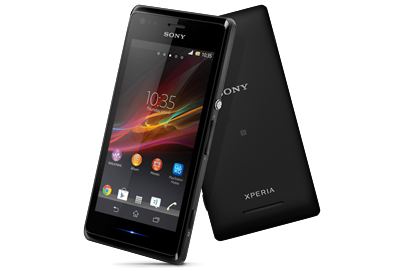 The new Xperia M comes with pretty decent display properties, that are enough to make an average customer to grab it. The device will be having a screen size of 4.0 inches, which is TFT capacitive touch screen. And it makes clear that, the device is not having any of the display technologies used by Sony, which is Bravia Engine. The display is of FWVGA, which is 854x480 pixels resolution. And we may say that, the resolution is the only thing, that may feel like some high-end feature. And it is worth the money, you are spending on the device. The screen is protected by scratch resistant glass.
The new Xperia M is brilliantly designed device, that reflects the true art of Sony. From the first glance itself it comes clear that, they have given much priority to the design of the device itself. It comes with Sony's Omni balance design. Talking in detail about the design of device, it comes with the usual bar type body. The dimensions are 124 x 62 x 9.3 mm, which simply tells us, how slim it is. The device weighs about 115 grams. While looking on the device, we can see no physical buttons on the screen. On the left of the device, we find no buttons, but a USB port is also used as the charging port. It is placed around the top of the left side. Wondering where all the buttons go? Well its all brilliantly placed on the right side with power button on the top, then the volume rocker and then the camera button. On the top, you will find the headphone jack of 3.5 mm. On the back, there is speakers and camera. Camera is at the top with a LED flash, placed to its near. And at the bottom, there is the speaker. The main aim is that, the device can easily be used by the right hand itself. Both the elegant design and the proper placing of buttons give a great in-hand feeling for the device. And, that is the main thing, that attracts the crowd towards Sony.

Comparing to other smartphones of this price range, the device has pretty good display and design features. And now, lets see what it really has in case of memory and hardware. The latest Sony Xperia M comes with cool features, that will surely attract the crowd, especially youngsters. The device is loaded with 1GHz Qualcomm dual-core processor. It is also features with 1GB of RAM. And, these features are enough to run the device smoothly. And, one of the cool feature, that comes with the device is the Google Android OS, which is v4.1 Jelly Bean. The device will be coming out with the famous Xperia or Timescape UI, that makes the device adorable.

Talking about the memory features, the Xperia M has an inbuilt storage memory of 4GB and if that is not enough, the user can expand it up to 32GB with an optional microSD card. And, Sony has not let down the gamers. The Xperia M features with Adreno 305 GPU, which is capable of running most of the games from Google play store and other ones too. The provided Adreno GPU is more than enough, that can be found on a random mid-range smartphone. These surprises, that company gives to the user are one of the reasons that, Sony still stays at the top.

As we have seen that, the device is equipped with better display and hardware features. And, now its time to see the camera and connectivity options. The Xperia M featured with pretty good camera options. The camera at the rear is of 5 megapixel, accompanied with a LED flash. The camera will also be blessed with the Sony's Exmor RS sensors, for best shots. The device has a 0.3 MP camera of VGA quality, making it a dual shooter. The camera also has the autofocus feature and 4x digital zoom.
In case of connectivity features, the Xperia M provides the best than any other mid-range smartphones. The device has Bluetooth 4.0, Wi-Fi connectivity. The Xperia M has both 2G and 3G data connectivity. And, with all these features, there is NFC support too. And, these are the features that, an average person needs. Sony have done it in a way, that no one can refuse.

The Xperia M comes with a battery of 1750 mAh, which is enough to power the device for a lot of time. It can offer about 10 hours of talktime and standby for 552 hours. Actually, the battery system is upgraded with the Stamina mode, that helps you to save power most.
Talking about the other features, the Xperia M has GPS with A-GPS support. It also has microUSB port. The device will be coming with pre-installed Google services like Google Maps and voice search. In case of sensors, the device will be having Accelerometer and proximity sensors. The users can choose from a list of 5 colors available for the Xperia M and they are Black, White, Purple, and Lime.