It seems that, the market is being flooded with a variety of smartphones. Now, Samsung has announced the launch of the Samsung Galaxy S4 Zoom. It is a latest smart device from Samsung, that employs a combination of both the smartphone and a camera features. Recently, we have seen Samsung Galaxy S4 mini, a cut-down version of its parent, Galaxy S4. With the announcement of Galaxy S4 zoom, another device joins the Galaxy family. It is the company's new flagship camera phone.

Are you excited to know more about Samsung Galaxy S4 zoom? Then, what are you waiting for? Lets have a glance over its full features, specs, price and availability. 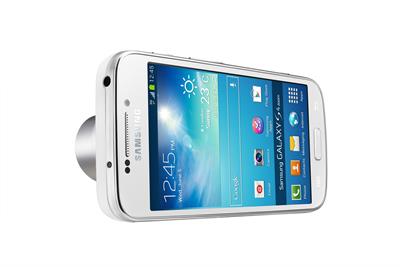 Display: The Samsung Galaxy S4 zoom comes with a dazzling 4.3 inch qHD Super AMOLED display, which has a resolution of 960 x 540 pixels. It also has a Corning Gorilla Glass 3 protection. So, we can expect high quality visibility of screen from various views.

Design: If you look at front side, you will see a device is very similar to a Galaxy S4 Mini . On other side, you can look a full-fledged camera. It has different views from the other sides. Samsung Galaxy S4 zoom measures about 15.4 mm thick and weighs 206 grams.

Operating system and Processor: The device runs on latest Android 4.2 Jelly Bean operating system, with TouchWiz, which provides smooth processing. It is equipped with a 1.5 Ghz dual-core processor. I would say that, it could be better, if the company would have provisioned a quad-core processor to its users.

Camera: This is one of the most vital feature, that lures the people to buy it. It has splendid camera features. There is a 16MP BSI CMOS sensor on the back with 10x optical zoom, which is far better than any other smartphone or smartphone-camera hybrid we have seen. 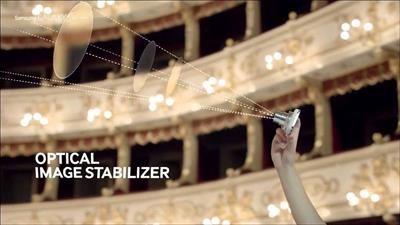 Also, it is being coupled with other features like Optical Image Stabilizer and Xenon Flash, along with a zoom ring that lets you zoom. When twisted, the ring offers new features such as In-Call Photo sharing through MMS to the caller. Additionally, it sports 25 Smart Mode features, including Smart Mode suggest, which automatically chooses the best settings for capturing high quality photos based on surrounding factors. As we said earlier, it is the only smartphone with 10x optical zoom, so far. Undoubtedly, capturing images using Samsung Galaxy S4 zoom is a feast for photography enthusiasts.

Check out its front side, you would see a 1.9-megapixel secondary camera, through which you can make video calls.

Memory and storage: The device is equipped with 1.5 GB of RAM. The handset offers an internal memory of 8GB, out of which 5GB is available for users. However, there is an external memory slot provisioned, that allows you to further expand by up to 64GB via microSD card.

Battery: Samsung packed Galaxy S4 zoom with a powerful 2,330 mAh battery, which is expected to procure ample power supply to the device.

Galaxy S4 zoom has a couple of sensors, that are Accelerometer, Geomagnetic, Proximity, Gyro and RGB Light.

There is no official word on price and availability of Samsung Galaxy S4 zoom yet. However, as per the sources, it would be available in the US and other parts of Europe, in the fourth quarter of this year. Fortunately, the folks of the UK can get it this summer.

: Its time to conclude now, the new Galaxy S4 zoom is a smartphone-camera hybrid, which sports excellent smartphone features along with great camera capabilities. It is worthy to buy for people who wants both, camera and smartphone in a single smart device. However, we should also think of price, which is yet to be known.