Frozen Hearth is the popular game, which is recently came into market. Frozen Hearth game runs only on Windows operating system. If you might have played this game and faced any difficulty to end its chapter, then you come at the right place. Frozen Hearth game is developed by indie developer, Epiphany Games. The game combines many RPF and ROBA elements. Epiphany is not too much popular for its games. Also, Fozen Hearth is the first game launched under this banner. Actually, Frozen Hearth was a very ambitious project, which was very hard to design for Epiphany. Basically, this game is not adventurous nor action game, but it is a strategic game, which requires the use of mind. The game is popular for its different interesting chapters, co-operative campaign, graphics, etc. If this game looks you interesting so let's check out a detailed review of Frozen Hearth game. 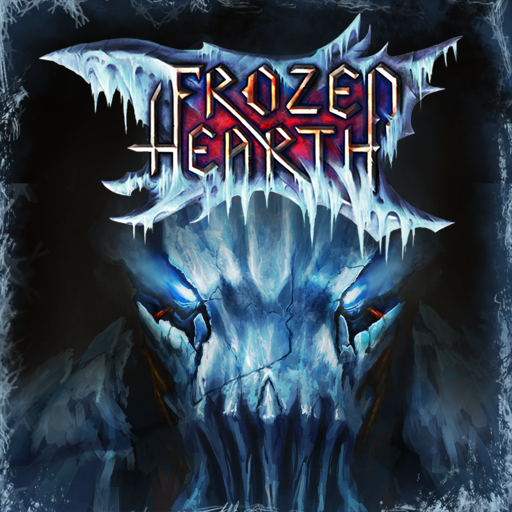 Category: The developers of the game have put it under Strategic category. It is all due to the strategic, action and interesting chapters of Frozen Hearth.

Size: Frozen Hearth is very free to download and is sized around 2.5 GB. You can download the game from Softpedia. This game is also available on the official website of Epiphany, for free download.

Story of the game

The story of the game takes place in Amorra, which is the home world of the Danaan. Dannan is the main character of the game. You will handle the controls of this character in the game. At the beginning of the time, Danaan and his tribes have fought many fights and battles to each other. The reason behind these battles is to rule over the Amorra land. The Amorra land has many precious resources and everyone wants to take advantage of those resources. Like all the game stories, this game is also deals between good and evil. Danaan and his tribe get unite to fight again the enemy, Shangur. Shangur is the main enemy in this game, who wants to get control over the Amorra land. Shangur have only a single goal to destroy everything, that stands in their way. This game named as Frozen Hearth, because the enemy, Shangur leave only a frozen and cold land behind it. That is the secret behind the name of game. In this game, Danaan has legendary powers and avatars or simply say that human, which has god-like powers. Danaan takes the controls of his tribes and tries to save his homeland from Shangur. At last, Danaan fights with Shangur and tries to destroy it with its powers. In the end, Shangur gets destroyed and player wins the game. 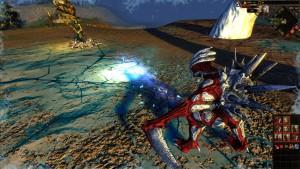 Let us see that what Epiphany games has prepared for us in terms of gameplay. In this game, there are 22 missions which are divided into 3 acts. The people of different tribes in the game are expertise and well trained that will help you as much as possible. In this game, you can choose one Avatar from different tribes. The different tribes in this game are Anija, Kryetar and Sherim. Each three tribes have their own different powers and skills. When you will choose your favorite Avatar then you will also given option to choose powers of own choice. Frozen Hearth offers three possibilities: Guardian (the defender), Maelstrom (the attacker) and Preserver (the healer). If you are not new to games, then you might have played Dawn of War or Company of Heroes. Both the games are quite similar to Frozen Hearth game. The resources in the map are located in the form of stones. In this game, ice has great impact on the gameplay. Whenever new resources are conquered by enemy, the ice will expand ove the land. The game also comes with multiplayer mode. You can always try one of the six multiplayer modes - Assassination, Attrition, Crucible, King of the Hill, Skirmish and Scenario - over the internet or LAN. At last, the company has offered good gameplay for game enthusiast.

Tips and trick to defeat the Shangur enemy

As we have discussed above that, the Ice has a great impact on the gameplay. So, while you are choosing the avatar of player, then try to choose the one, through which you can easily destroy the frozen and cooled ice. In the game, when you fight again Shangur, then try beat on its head. This head of the enemy is the main negative point of their health. The game can be best played in the multiplayer mode. You can easily end the different chapters of game in multiplayer mode. There are no cheat codes for this game. Being a strategic game, this game requires the use of mind. While playing the game, you can use different tricks and tips from your own mind.

Good thing about the game

The good things about this game are tactical RTS with RPG elements, emphasis on combat, Co-op campaign and various multiplayer modes.

Bad thing about the game

The bad things about game are Graphics engine needs some optimization and lack of a save option in campaign missions.

Frozen Hearth is a very popular game, which has launched this year by Epiphany. This is a strategic game, which is full of new adventure experiences. This game was developed for three years and finally launched this year. There is only one drawback in the game that, it does not support save option in the middle of play. The graphics and sound of game makes it a great little to play. This game is a very good challenge for the game enthusiasts. This is all about the Frozen Hearth game, which we discussed in this article. If you find any wrong or incomplete information, then please inform us through your valuable response.

Are you addicted to Windows phone games? Worried about how to download Lines game? Please read further to get the review of Lines puzzle game for Windows phones. Here, I have listed the features of Lines game, Lines tutorial and ways to play this wonderful game that is available for free download.

Read about the Windows phone game Slingshot and know about its gameplay. See what exciting gameplay it has to offer and how it keeps your entertained by its storyline. Read this all and more about the game Slingshot.

After the launch of Windows phone 8, sale of WP8 has greatly increased. WP8 has numerous fans worldwide. Have you just bought a WP8? Are you looking for WP8 compatible games to play on your device? If yes, then this article is just for you. Read the article to know about top 5 Windows phone 8 games.