Customers should first estimate their data usage and then only select a plan because once the subscription is processed for a specific plan, then it cannot be changed in the middle of month. To change the plan, customer needs to visit the customer care center and file an application for changing the plan. It is recommended that you subscribe for a plan which has higher download limit plan as the connectivity varies between 256 Kbps to whopping 24 Mbps.

The limited usage BSNL broadband plans are divided into four categories and they are as follows:

In the first plan, monthly charges are Rs. 3699 plus service tax and there will be 100 GB of free data access at download speed of 10 Mbps and upload speed of 4 Mbps. Beyond 100 GB of data, charges will be incurred at the rate of Rs. 0.15 per MB. In this type of connection, one can make 500 free calls within the BSNL network.

The following images show the three VDSL plans and their charges in details. 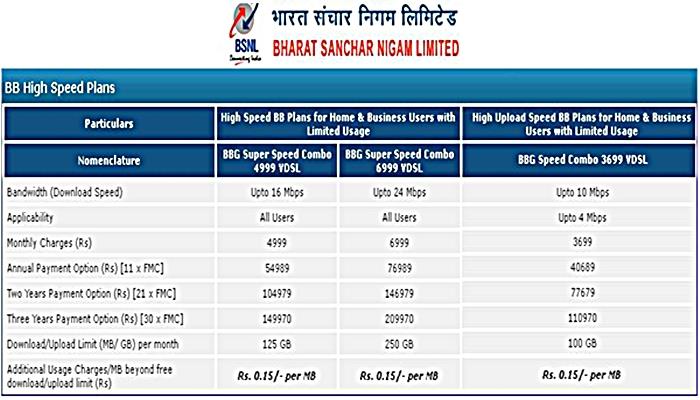 As the rates of all the above three plans are way too high, need was felt to design the Limited broadband standalone plans which are much economical. The monthly rental of this plan is Rs. 250 only. There are no free calls. The broadband speed is 2 Mbps and 1 GB of free data access is available. Between 1 GB and 5GB of data access, charges will be Rs. 0.30 per MB. Beyond 5 GB, charges will be incurred at the rate of Rs. 0.15 per MB. This plan is economical only if the user's download limit stays below 3 GB. Else, this plan can empty your pockets because the download speed is continuously maintained at 2 Mbps throughout the month. 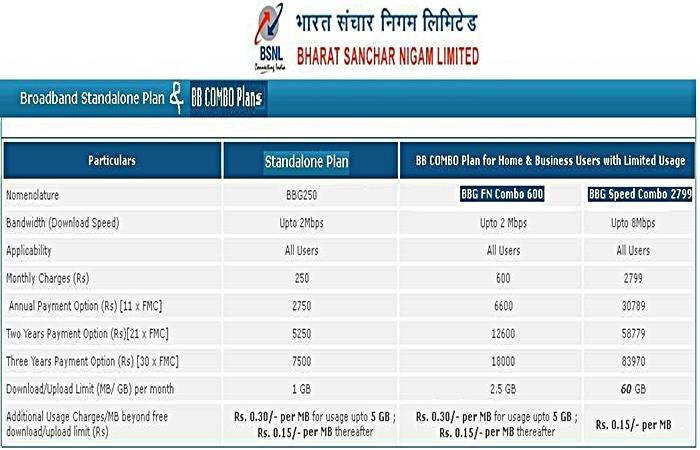 The unlimited BSNL broadband plans are divided into two types. One is for home users and the other one is for home and business users.

The BSNL Unlimited broadband plans for home users are shown in the image below. 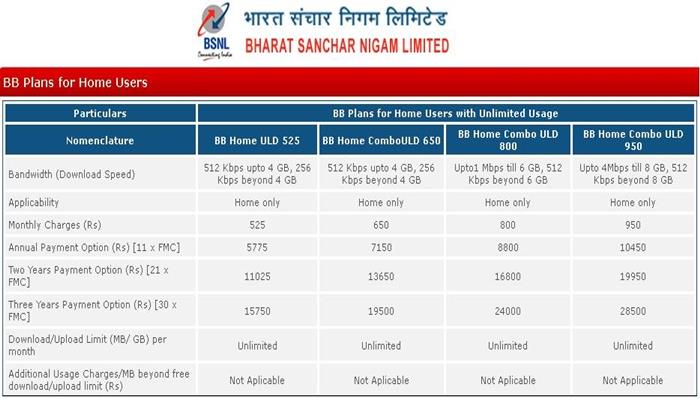 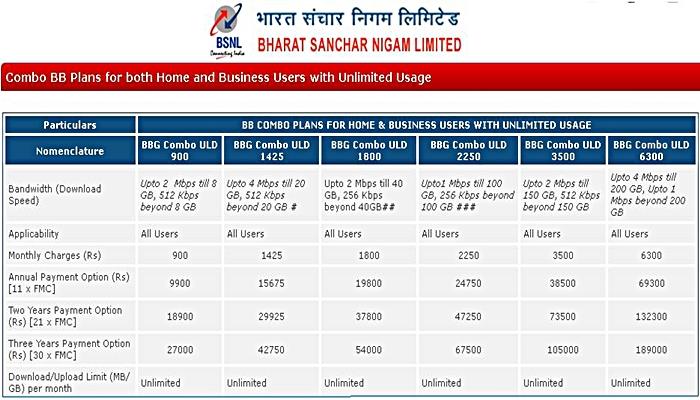 For all the business users, it is recommended that they keep checking their data download and upload limits. Once the usage goes beyond limit, then it is better to stop accessing data as the afterward charges are way too high.

To know about special plans from BSNL, just follow the article shown below.

BSNL has come up with a number of promotional offers to attract more users. It has also launched special combo offers where the users get free data usage, SMS along with balance.This post explains in detail about these combo offers.

Review of Asianet broadband: my experience in last few months

My initial experience with Asianet internet service in Kerala

Are you looking for Asianet broadband services? I have been using it for a while and you can read my review and experience here.

Is there any unlimited data plan from BSNL ? Please share relevant information.