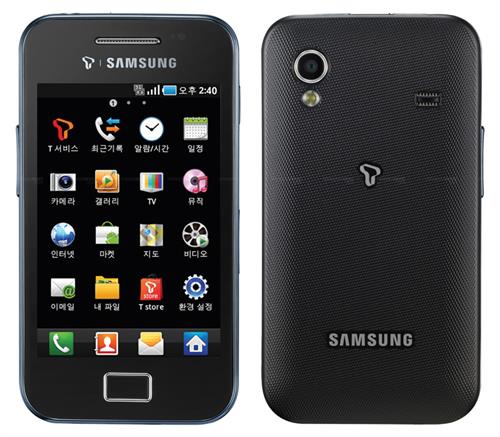 This handset has a 4-inch display screen that has a resolution of 480 x 800 pixels. This smartphone weighs 115 grams and it is only 9.8 mm thick. The Samsung Galaxy Ace 3 comes with a 1500 mAh battery loaded in it.

The smartphone supports both external and internal storage. The Samsung Galaxy Ace 3 has 4 GB (Internal) + 1.77 GB (User Memory) internal memory for storing various files and applications. The external memory of this handset can be expanded up to 64 GB through a microSD card. The device comes installed with 1 GB RAM memory. Similar to the predecessors, the Samsung Galaxy Ace 3 is not short on media features. This device can be customized with a range of Android apps downloaded from Google Play.

The Samsung Galaxy Ace 3 smartphone features a 5.0 MP camera. This camera can take pictures with the resolution of 2592 x 1944 pixels. There is 0.3 MP secondary camera in the smartphone with the resolution of 640 x 480 pixels. The additional features of camera include Digital Zoom with Auto-focus and LED Flash. The video capture supports different formats like MPEG4, H.264, H.263, VC-1, WMV7&8 and VP8 formats.

This smartphone is powered by Dual-Core 1 GHz processor and runs on popular Android 4.2 Jelly Bean OS platform. Its operating system is not upgradable. The user interface of device is Samsung TouchWiz Nature UX. The device does not support Dual SIM technology which may disappoint you. On the other hand, the device has QWERTY keypad for easy typing which may attract you.

Samsung Galaxy Ace 3 smartphone uses a powerful non-removable 1500 mAh Li-Ion battery. This gives a talk-time of up to 10 hours for 2G connectivity and up to 8 hours for 3G connectivity. The stand-by time support is for up to 412 hours for 2G and 3G connections. Music can be continuously played for up to 20 hours with this battery support.

The price of the smartphone is not yet announced by the manufacturer company in India. Samsung has announced that Galaxy Ace 3 smartphone will launch at affordable price. At present, it is not available for sale on any online shopping websites. This smartphone will be soon available in India in this month.

Samsung Galaxy Ace 3 smartphone is the company's latest flagship Android smartphone. Galaxy Ace 3 is a high end technology smartphone from Samsung. Samsung has launched a new model from its 'Ace' series of smartphone. The Samsung Galaxy Ace 3 is a mid range smartphone from the South Korean mobile maker. This handset comes packed with a range of impressive features and it is intended for mid range smartphone lovers who prefer to opt for devices from top brands. So, if you are looking for high end technology smartphone in the coming day then Galaxy Ace 3 smartphone would be a better option for you. It has a 4-inch (480 x 800 pixels) TFT capacitive touch screen display, powered by a 1 GHz dual-core processor and runs on Android 4.2 (Jelly Bean). It has a 5-megapixel camera with LED flash and a 0.3-megapixel front-facing camera. It is hoped that this smartphone will reach to the new heights in the market. So, let's wait for its launch in market.

Are you thinking of buying Samsung Galaxy Ace 3? This is the smartphone, which has been launched by Samsung on June 10, 2013. Samsung Galaxy Ace 3 comes with some very good features like 1 GB RAM, 5 MP camera, dual core processors and Google's latest Android 4.2 (Jelly Bean) OS. Read this article for full details of the features, specifications, price and availability of Samsung Galaxy Ace 3 in India. The smartphone is likely to be available on online and offline stores very soon.

Samsung Galaxy Ace Plus is now available in India at Rs. 18,150

Today, Samsung launched Galaxy Ace Plus in the Indian market with a price range of Rs 18,150. Till now, Galaxy Ace Plus was available only online through several ecommerce websites. Galaxy Ace Plus is the successor of Galaxy Ace which is already very successful in Indian Market. Here you can get the features and specifications of this newly launched smartphone.