Huawei is a popular Chinese multi-national company. In India, Huawei is popular for its smartphones, tablets and other electronic products. Huawei is a popular brand not only in China but throughout the world. With its innovative devices, Huawei has made place in the list of fastest growing companies. Huawei is mainly popular for its Ascend series smartphones. Huawei has recently announced to launch a smartphone at the end of June. This new Huawei Ascend P2 has amazing features and specifications. With 150 Mbps LTE speed, it is one of the world's fastest smartphones. Undoubtedly, it is the one of the most talked about smartphones on internet. Let us start with the features and specifications of Huawei Ascend P2 smartphone to see what new it offers. 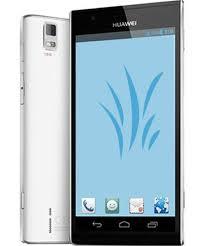 The new Ascend P2 smartphone has a 4.7 inch IPS LCD capacitive touchscreen with 16M supporting colors. The display has a resolution of 720 x 1280 pixels with 312 ppi pixel density. The screen is protected by popular Corning Gorilla Glass 2 and Emotion UI 1.6. This protects the screen from scratches and maintains the aesthetic beauty of this phone.

The media features of this smartphone include music players, MP3 ringtones and video players. The smartphone comes with loudspeaker, FM radio and other entertainment apps. There is a 3.5mm jack in the smartphone for Dolby Mobile Plus sound enhancement. Music lovers will appreciate this phone as it allows them to play audio files of almost all formats, play music at high volume and listen to FM radio stations. The only drawback here is that the smartphone comes with only 16 GB internal memory which cannot be expanded further due to lack of microSD card slot. The new Ascend P2 smartphone has 1 GB RAM.

The 13 MP primary camera of Huawei Ascend P2 gives impressive picture quality. The smartphone comes equipped with both primary and secondary cameras. The primary camera can take pictures with resolution of 4128 x 3096 pixels. The 1.3 MP secondary or front facing camera in the smartphone ensures high clarity. There are additional features like auto focus, LED flash, face detection and smile detection for enhancing the quality of images. The camera of Huawei Ascend P2 will definitely attract buyers.

You can send SMS (threaded view), MMS, emails, push mails and IM messages though this smartphone. It supports HTML 5 browser for web browsing. Its GPS features include A-GPS support and GLONASS. The smartphone is available only in black and white colors.

Huawei Ascend features a powerful 2420 mAH Li-Ion battery. The battery of the smartphone is long-lasting. It gives talk time of 20 hours in 2G and 12 hours in 3G network. The standby time of the smartphone is 310 hours. It can continuously play music and videos for 25 hours. The powerful 2420 mAh battery offers enough backup power for this device.

Other features of the smartphone include YouTube (upload), Picasa, Calendar, Alarm, Calculator, Quickmemo The Darkman, Hook up, BlinkFeed, BoomSound and 4G LTE.

The price of Huawei Ascend P2 in India is not yet announced by the company. It is expected that this high end smartphone won't be priced below Rs.10000. At present, it is not available for sale on any online shopping website or store. Huawei will launch this smartphone by the end of June. This smartphone was earlier announced in the February, 2013.