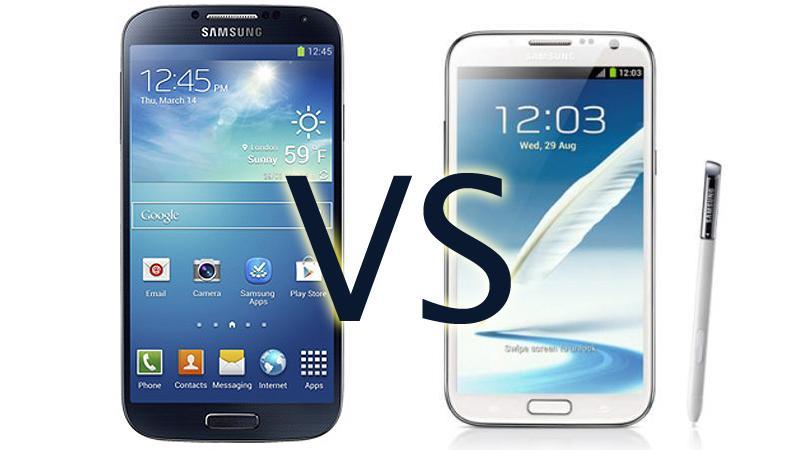 
Samsung Galaxy Mega 6.3 when compared with that of Galaxy Note 2, Mega 6.3 looks much more giant with its 6.3-inch better display. But Note 2 has never been down, as the size of the device makes it much more better to handle as well as has got a compact design than Galaxy Mega 6.3. Samsung provides plastic built body for almost all their Smartphones. As a result both the devices, Galaxy Note 2 as well as the Galaxy Mega 6.3 features plastic body. Even though it is plastic, the build quality is does not feel cheap. Compared to the 6.3-inch Mega, Note 2 has got a beautiful stylus that is being hid into the device neatly. While other design features including the rounded corners, physical keys etc of these devices features a common design pattern.

Samsung Galaxy Note 2 featuring super AMOLED display within its 5.5 inch multi-touch capacitive touchscreen delivers an HD screen resolution of 720 x 1280 pixels along with 267 ppi of pixel density. Whereas on the other hand, Galaxy Mega 6.3 features a 6.3 inch TFT capacitive touchscreen and delivers 720 x 1280 pixels with 233 ppi of density. When the Note 2 proudly holds a Super AMOLED display, Mega 6.3 lacks that feature from Samsung and delivers a simple TFT display. Due to the larger size of Galaxy Mega 6.3, the pixel density is slightly lower than that of Note 2. But still Note 2 is much better in providing more sharp and crisp images along with richer colors. Viewing angle of Note 2 is also comparatively better than Mega 6.3. 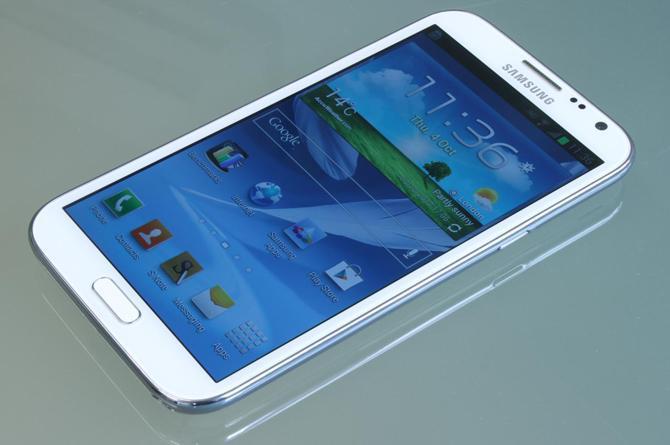 Galaxy Note 2 dominates in this field also. The quad-core powered processor within the Note 2 running at 1.6 GHz of speed is much powerful than a dual-core 1.7 GHz processor of Mega 6.3. When comparing both the chipsets, Note 2 owns an amazing Exynos 4412 chipset, whereas Mega 6.3 is still back with a Snapdragon 400 chipset.

Galaxy Mega 6.3 sports a 1.5 GB of RAM for better performance. But Note 2 delivers even more better performance with a 2 GB RAM powered within the device. While comparing the internal storage of both the devices, Galaxy Note 2 features only a 16 GB variant. Whereas Galaxy Mega 6.3 delivers three variants; 4/8/16 GB of on-board storage. Both Note 2 as well as the Mega 6.3 features microSD card slot for memory expansion.

In the field of operating system Galaxy Mega 6.3 strikes back with the latest OS and the current flagship of Android, Android 4.2 Jelly Bean. Whereas the Note 2 features the former version of Jelly Bean, Android 4.1.2.

The interface of Galaxy Mega 6.3 is much more greater when compared to that of Note 2. Mega 6.3 comes with most of the exciting features that the world had once witnessed by the Samsung Galaxy S4. It includes eye-tracking and various other gestures like AirView, Smart Stay etc. Apart from these, Galaxy Mega 6.3 is also being powered with the latest TouchWiz UI which is Nature UX 2.0.

On the other hand, Note 2 features many impressive apps like drawing, note-taking, handwriting and other stylus compatible apps. Some other features also includes the ability of stylus to hover over various items such as keyboard etc. But still these features are just not much great compared to what the Mega 6.3 features on its interface.

The Galaxy Mega 6.3 features connecting to the internet without much issues as it is being delivered TouchWiz browser from Samsung. But compared to that of Note 2 that has very high browsing performance along with smooth interface, Mega 6.3 has slightly less performance. But being a larger screen the browsing makes much better in Mega 6.3. 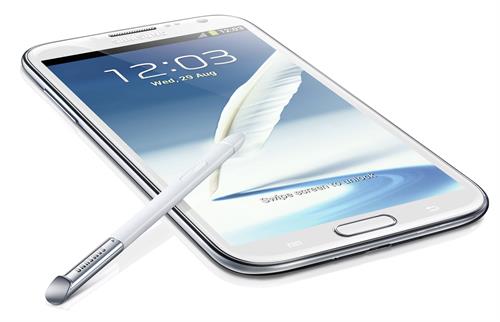 In this field, both the devices are being equipped with an 8 megapixel primary shooter along with many features including autofocus, geo-tagging and LED flash light. While the Mega 6.3 features much more advanced options like HDR mode along with some many impressive features within the camera UI. Both the devices also features a secondary 1.9 MP front facing camera. In the field of shooting both the handsets delivers pleasant outcome featuring 1080 resolution and in 30 fps. Images taken in both the handsets are when compared, both of them are able to provide detailed images with high quality and similar white balance. However, the extra features delivered by the camera app and the smoother interface within Galaxy Mega 6.3 makes it much superior than Galaxy Note2.

When the size of battery is being compared, both the devices has got enough capacity to keep themselves awake. When Note 2 features an impressive 3100 mAh battery, Mega 6.3 delivers slightly higher 3200 mAh battery under its hoods. But as Mega 6.3 featuring much larger screen compared to Note 2, the battery consumption within Mega 6.3 will be more than what it does in Note 2. As a result the battery inside Mega 6.3 may sound greater than Note 2 but practically it may not stand as long as Note 2 do.

If you are looking for a larger display with decent specs and do not mind the processor running on dual-core, then Galaxy Mega 6.3 would be the best that suits your need. But according to the complete comparison, Mega 6.3 looses in many fields including fast processor, RAM, better display etc. But Mega 6.3 delivers many features that are more impressive and advanced than Note 2. Mega 6.3 running on Jelly Bean 4.2 along with the latest interface is a great feature. Camera interface has been made much more advanced than the Note 2.

On the other hand Galaxy Note 2 featuring lower sized screen sporting 5.5-inch display features far better display with super AMOLED compared to the Mega 6.3. The device is even more powerful with its quad-core processor powered with Exynos chipset running at 1.6 GHz of speed. The device is even great in the web browsing performance with a great speed. So those who are looking for a device with 5.5-inch display and a powerful processor along with beautiful stylus compatible apps, then Galaxy Note 2 is your better option.

With the popularity of Phablets released by Samsung, every handset maker out there is trying it out too. In this article, I have made a comparison between Samsung Galaxy Note-II and LG Optimus G Pro.