Karbonn S2 Titanium has successfully hit the shelves and made its début in the smartphone industry, prior to this week. The handset is now exclusively available to the folks in online retail stores like Snapdeal, Infibeam and Flipper. There is also an attractive offer, that comes with a free flip cover for the early buyers. The handset is also quoted at a reasonable price and carries brand new specs and features. Let's have an insight to the features and specs of the handset to make the users more decisive in choosing this handset. 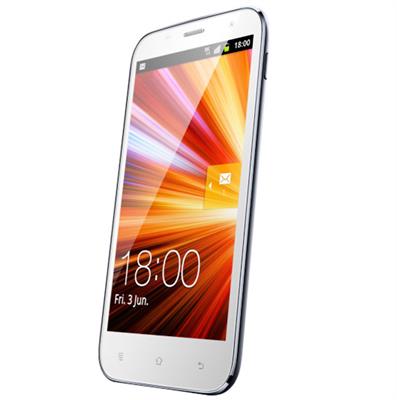 Processor: The Karbonn S2 handset is powered by a 1.2 GHz Qualcomm Snapdragon quad-core processor and the graphics processor embedded in the device is Adreno 203 GPU.

Memory: This handset constitutes for a 1GB RAM along with an internal memory of 4GB, which accounts for user memory of 1.79 GB. There is also an additional microSD slot present in the memory space, that is expandable up to 32GB.

Battery: The Karbonn is powered by a 2100 mAh battery, which provides a good durability and enhanced battery power. The standby and talk time provided by the battery is presumed to be considerably high.

The Karbonn S2 Titanium has started selling out in the markets, since the first week of May 2013. The smartphone was quoted at a reasonable price of Rs.10,790, which is definitely worth the cost with alluring specs. Also, the handset would be available in two bright colors, Black and White.