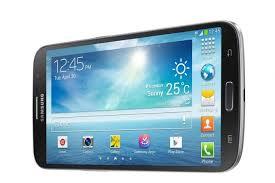 Samsung, the leading smartphone and computing device manufacturer, has recently launched its Galaxy Mega 6.3 and Mega 5.8 smartphone models. Out of the two, the 5.8 version is arriving in Indian market on 3rd of July, where the Mega 6.3 release date is still disclosed by the company.

The company has already introduced their various innovative products including Samsung Youm and bendable television that are expected to arrive in market by next year. The Mega 6.3 is a phablet (the combination of smartphone and tablet). The 'Phablet' form-factor is also one of the most popular inventions of this company. The first Galaxy Note phablet was also introduced by Samsung. Later on companies like Micromax, LG, Karbonn, Lenovo and many others also followed this pattern and now there are a large number of phablets with more advanced features like dual SIM, available in market.

Mega 6.3 is one of the heaviest weight (199 gms) smartphone/phablet, which is capable to offer split screen feature for different apps including 'S Planner' and 'MyFiles'. The Air View feature on device allows a user to preview his online emails and images.

The Samsung handset boasts of 6.3 inches TFT display and a screen resolution of 720 x 1,280 pixels. This is an Android based machine, which runs its 4.2 Jelly Bean+ operating system. It also features Samsung's self developed TouchWiz user interface with its partners. This is a front user interface that sometime creates illusion of a different operating platform.

The cell phone houses a fast 1.7 GHz dual core processing chip with 16 GB of onboard storage, where only 10.51 GB is accessible by the users. A user has option to expand system's internal storage up to 64 GB via a microSD card slot available on device.

Users will find variant connectivity post on device. The wireless connectors include – 2G, 3G and 4G networks, Wi-Fi 802.11 a/b/g/n, NFC as well as Bluetooth. And for wired mode, you will find a microUSB 2.0 port.

The handset comes loaded with a 32mAh battery that provides very strong backup to its users.


The company set the price of this handset at £460 in UK and $695 for US customers. The customers from UK can pre-order the device through Clove website.

And for the Indian customers, the handset will be priced at Rs 31,490 only. It will be available in two color options of white and black. Even though the device has already been launched in India, yet its official release date has not been confirmed by the company.